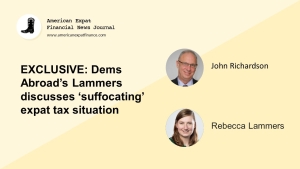 In 2010, when President Obama signed the Foreign Account Tax Compliance Act into law – hidden inside a domestic jobs bill few still remember, called the HIRE Act – Rebecca Lammers had been only been living in London for a few years, although she'd done a couple of semesters of college abroad (in Ecuador and London).

In her midyear report to Congress back in June, the National Taxpayer Advocate noted that of some 73 million calls the IRS received, only about one in 10 actually reached an IRS employee, around the same percentage as had been reported during the previous tax season. But the time the average taxpayer spent waiting on hold this year "rose from 20 minutes to 29 minutes," NTA Erin Collins said. 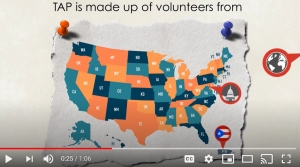 Months after many observers might have expected to hear who’d been chosen to succeed Paris-based American expat campaigner Laura Snyder as the IRS’s sole overseas member of a grass-roots voluntary organization known as the Taxpayer Advocacy Panel, it’s at last emerged that London-based Rebecca Lammers has been chosen for the role.