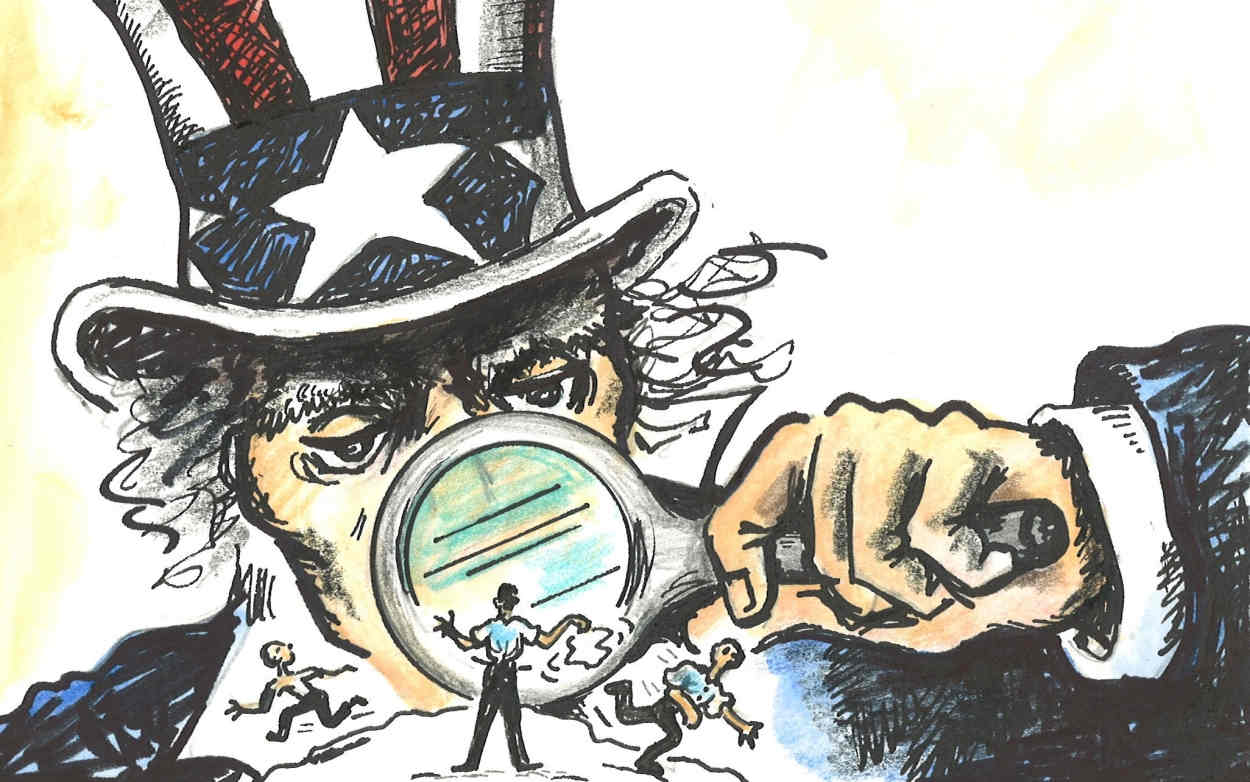 The efforts by Fabien Lehagre’s Association des Américains Accidentels and other Europe-based groups of accidental Americans to seek the assistance of their local governments in their battle against the U.S.’s extraterritorial tax claims on them are the latest in a number of similar campaigns in recent years by other similar unwilling holders of U.S. citizenship.

The problem for these “accidental Americans”, as they typically prefer to call themselves – as opposed to “expatriate Americans” – is that, as noted above, unlike the expatriate citizens of any other major country or jurisdiction, with the exception of Eritrea, the U.S. taxes individuals on the basis of their citizenship rather than on where they happen to live. And since FATCA came into force in 2014, it has had the ability to enforce this policy.

This means that anyone who was born in the U.S. is required to file a tax return to the IRS every year after they reach a certain age. And in some cases, they may also need to pay tax to the U.S., for example, on income that the country in which they live currently doesn’t tax, but which the U.S. does.

This is true even for American dual-nationals who have spent most of their lives living outside of the U.S., and who, like Lehagre, don’t regard themselves in the least bit as American.

It also includes many who only discovered the fact of their American citizenships late in their lives, when, for example, some sharp-eyed bank official noted the American place of birth on their non-U.S. passport.

Until now, though, various efforts around the world by these accidentals to get help from foreign governments have had little lasting success – so far at least, during the last four years that the Foreign Account Tax Transparency Act (FATCA) has made it easier for the IRS to come after Americans living outside of the U.S.

It is the existence of FATCA that has made life unexpectedly and increasingly difficult for many such individuals, beginning not long after it was quietly signed into law in 2010.

As reported,   European lawmakers last week gave a potentially significant boost to a growing band of Europe-based “accidental Americans" who have been campaigning to engage European government officials to back their request to be allowed to cast off their American citizenship (and thus their taxation by the U.S.) more easily and cheaply than is currently possible under U.S. law.

‘Canada is not a tax haven’

At first it appeared that Canada might mount a significant challenge to FATCA even before it formally took effect, as the country’s then-finance minister, the late Jim Flaherty, was persuaded by that country’s numerous accidental Americans in particular to speak out on behalf of them, and other dual U.S.-Canadian citizens, as early as 2011.

That year, Flaherty drew considerable publicity to the plight of his country’s “accidentals” when he wrote a letter, published in several major U.S. newspapers, in which he said: “Put frankly, Canada is not a tax haven. People do not flock to Canada to avoid paying taxes.”

He failed to rally enough other key Canadian politicians to his cause before leaving office in 2014, however, and his successors have yet to show much interest in coming to the aid of the country’s estimated 1 million American expatriates and accidentals, according to campaigners there.

In the meantime, a Canadian organization calling itself the Alliance for the Defence of Canadian Sovereignty (ADCS) has nevertheless been promoting the cause of the American expats and accidentals in Canada, as a party to a lawsuit filed by two expatriates (known to anti-FATCA crusaders by their nicknames of “Ginny” and “Gwen”) in Canada’s Federal Court in 2014 against the Canadian government, for its role in enabling the U.S. to come after them by agreeing to enforce FATCA.

An initial effort in the courts failed, but anti-FATCA campaigners say they have no intention of giving up their fight.

Also in 2014, the ADCS filed a legal motion with the U.S. State Department asking it to suspend – for Canada-resident American expats – a then-just-enacted 422% increase in the fee charged by the U.S. to those who seek to renounce their citizenship, on grounds that “U.S. citizenship is imposed on many Canadian citizens and residents without their consent”.

This five-fold rise in the renunciation fee, to $2,350, they noted, was made “without any advance notice or opportunity for prior input, [as is] usually required for changes in administrative policies.”

Most recently in Canada’s expat American circles, a Canadian organization called the Alliance for the Defeat of Citizenship Taxation has been considering a possible lawsuit in the U.S. against citizenship-based taxation.

Expatriate Americans living in Israel, of whom there are said to be around 400,000, including green card holders, have also sought the help of their adopted government in challenging America’s right to come after them for tax, but in January lost a years-long battle in the Israeli Supreme Court.

The Supreme Court ruling, on January 2nd, formally rejected a petition that had sought to challenge the constitutionality of the Israeli legislation that enabled Israeli financial institutions to participate in FATCA. It had been brought by the Republicans Overseas Israel (or “Foreign Republicans in Israel”, as the court documents refer to the plaintiffs).

In 2016, Israel’s High Court of Justice issued a temporary injunction against the enforcement of FATCA in that country, in response to the Republicans Overseas’ efforts, but was obliged to lift it soon after.

In the wake of the Supreme Court’s ruling, a spokesman for the Israeli chapter of the Republicans Overseas said his organization would continue its  lobbying efforts in Washington aimed at getting the U.S. to change to its citizenship-based tax regime to one based on residence  (or as the Republicans it, “territorial taxation for individuals”, or TTFI).