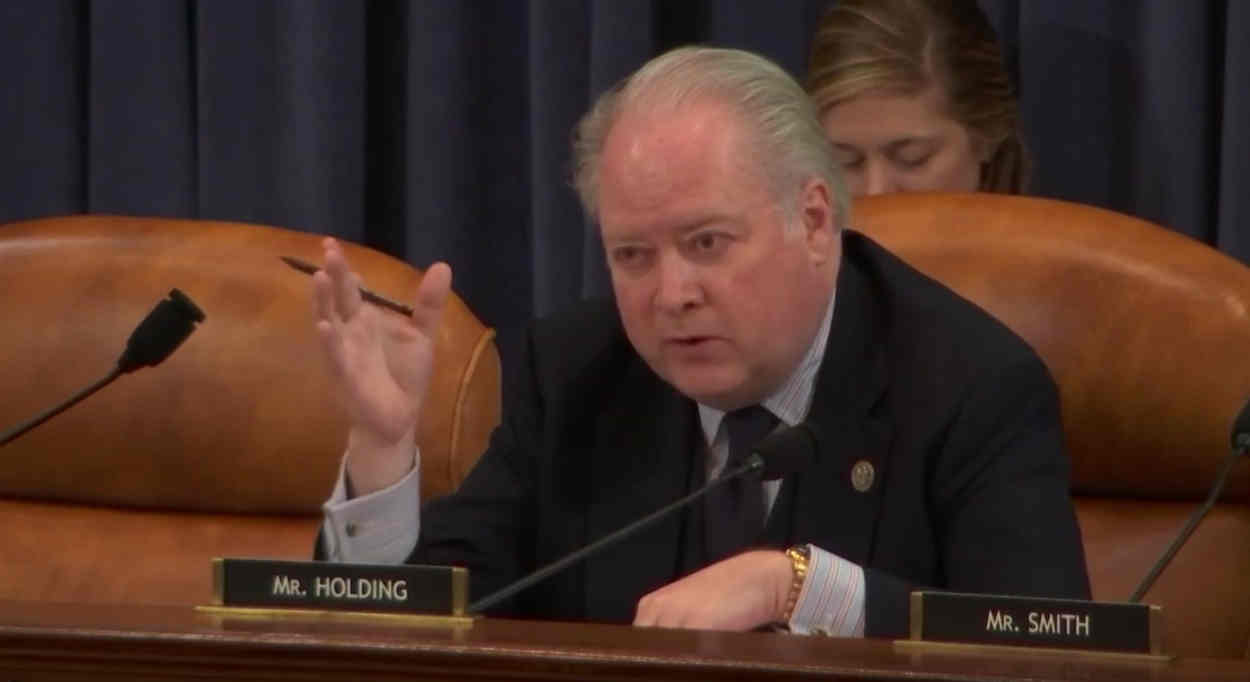 Republican Congressman George Holding has officially confirmed that he has "decided not to seek reelection" and will leave his seat at the end of 2020, but a Republicans Overseas official said on Saturday that Rep. Holding would "reintroduce his Tax Fairness For Americans Abroad Act" before he leaves office.

In a statement given to Washington media on Friday, Rep. Holding said it was "with regret that I announce that I will not be a candidate for Congress this election" but left open the possibility that he might "someday return to public office".

As reported, news of Rep. Holding's decision not to seek reelection was first broken on Wednesday by the Raleigh News & Observer, which noted that the voting district in North Carolina that he represents – and which he won by a margin of 51.3% to 45.8% in 2018 – has been redrawn, with the result that he is now representing a "Democratic-leaning" district. And Rep. Holding, the report added, said he was disinclined to challenge another Republican merely to stay in office.

As for what this meant for Rep. Holding's Tax Fairness for Americans Abroad Act (TFFAAA), Republicans Overseas chairman and chief executive Solomon Yue told the American Expat Financial News Journal on Saturday that the bill would definitely be reintroduced next year, adding: "We will find the next champion for 9 million overseas Americans in Congress."

Holding introduced his bill for American expats in the final days of the 2018 legislative session, and at first it received widespread publicity in the American expat community, as it was seen to begin to address many of the problems almost all Americans who live abroad struggle with, as a result of the country's citizenship-based tax regime.

CBT hadn't been much of an issue for America's expats until the U.S. began to crack down on those with foreign bank accounts, beginning in 1970 with President Nixon's Bank Secrecy Act, but it was the introduction of the Foreign Account Tax Compliance Act in 2010 that, for many American citizens resident overseas, changed everything – beginning with their inability to find a bank that would have them as clients, a problem that continues.

Holding began to come to the attention of American expats as long ago as 2017, when it was revealed that he was beginning to look into the drafting of legislation aimed at making life easier for Americans abroad.

His interest in the plight of such expat Americans stems, Holding has said, from his being married to a British citizen, and having therefore spent considerable time overseas, which he has said made him more aware than most of his Congressional colleagues about the difficulties Americans abroad face.

Earlier this year, he met with Republican supporters to discuss the bill in London, and his legislative aid, Matt Stross, later appeared in Athens, Greece, via a video connection, during a Republicans Overseas event, to discuss the legislation there. At both events, the need for a Democratic co-sponsor was stressed – ideally one who, like Holding, is a member of the House Ways & Means Committee, to step forward, but thus far, none has.

In May, during a House Ways & Means Committee hearing, Holding testified (pictured above) that the U.S. needed better data on the numbers of Americans who actually lived abroad, in addition to needing to “simplify” the U.S. tax code, and to “align our system with [that of] the rest of the world” by moving to a residence-based tax regime.