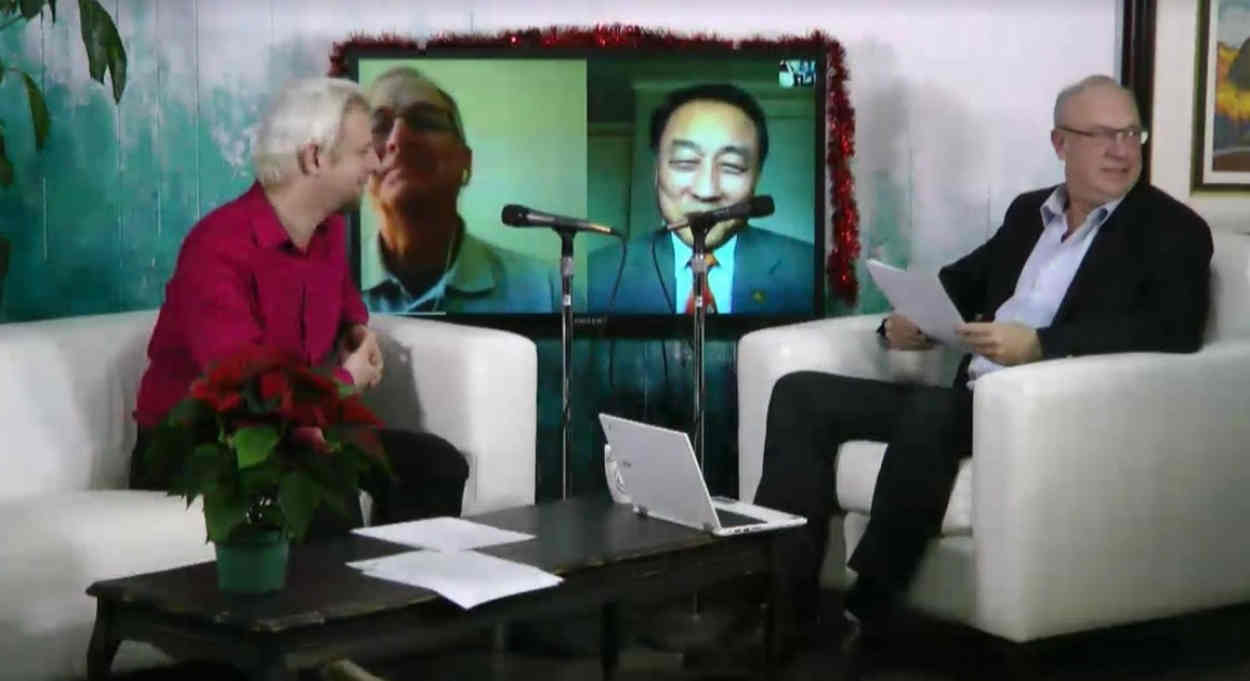 With just hours to go before most of the United States was due to close down for the Christmas holiday, Congressman George Holding today at last delivered a long-anticipated bill aimed at addressing the enormous problems many Americans living abroad have been having that are a result, most agree, of the fact that they are taxed on the basis of their citizenship rather than jurisdiction of residence.

Among the central features of Holding's bill is an option for American citizens who are living abroad to elect to be taxed on the basis of their residency, rather than their citizenship.

The key change for those Americans living abroad who chose to be taxed on the basis of the country in which they now live – and who could prove that they actually are tax resident there, and spend a certain amount of time there during the tax year in question – is that all of their foreign-earned income would be free from potentially being taxed by the U.S.  And if they had no American earnings or assets, under Holding's bill, they wouldn’t need to file a U.S. tax return, as all Americans living outside of the U.S. are required to do now.

Foreign bank account reports for such individuals would, it is understood, still be required.

The proposed legislation also doesn't directly address a major problem that thousands of American expats who own stakes in small non-U.S. businesses are struggling with, as a result of a one-time, retroactive, so-called "repatriation tax" aimed at U.S. multinationals like Google and Apple that was introduced by President Trump's Tax Cuts and Jobs Act last year. Because the legislation targets retained corporate earnings dating back as far as 1986, it is particularly problemsome for many expat business owners who had been using their companies to save for their retirement.

Almost as soon as news of H.R. 7358 was officially announced, American expats around the world began discussing it in detail on social media, with a general sense of approval and relief, mixed in some cases with admiration for the way Holding had managed to achieve numerous goals in a bill that was also described as unusually simple in structure.

Even the bill's name – the Tax Fairness for Americans Abroad Act of 2018 – was declared by at least one commentator to be better than many had expected, as it essentially implies that its aim is to address an "unfair" tax regime, which in fact is what many American expatriates have been complaining of for years.

Rep. Holding, a Republican from North Carolina (pictured left) didn’t immediately respond to a request for comment. He has said little on the matter of the legislation he has been reported to be working on for months, apart from a few public statements acknowledging the need for action to be taken to address the issues facing Americans abroad.

Among the first to formally comment on the legislation today was the American Citizens Abroad in Washington, which said it "applaud[s] Congressman Holding on the development and introduction of [this] much-anticipated and much-needed tax reform bill for Americans living and working overseas."

In a statement the ACA added: "Congressman Holding’s bill creates a tax regime that is simpler, fairer and more competitive for Americans around the world.

"This bill takes a meaningful step to address the discriminatory double taxation of Americans abroad, eases the burden of dual tax-filing requirements, and ensures that Americans around the world are able to accurately plan and save for their future without the fear of punishing tax liabilities."

Solomon Yue, chief executive of Republicans Overseas and one of the most visible campaigners on behalf of expatriate Americans for the past six or seven years, told the American Expat Financial News Journal today that the bill was "historic", as it proposes to end a 154-year-long tradition of taxing Americans on their worldwide income even if they never set foot in the U.S. after being born there, or if their citizenship was based on being born abroad to American parents.

"TFFAAA is a Christmas gift to 9 million overseas Americans," he added.

Earlier today Yue discussed Holding’s bill in a live online video forum with three other campaigners for a change in the way expatriate Americans are taxed (see photo, above).

In addition to Yue, they were, from left, Olivier Wagner, a Canada-based American tax specialist; retired expat corporate executive Jim Gosart; and Toronto-based tax lawyer John Richardson, who, as he has often done in the past, moderated the session, broadcast on ThatChannel.com, a Canadian online video content provider.

"The most significant and historic aspect of the Bill is that – after 150 years of citizenship-based taxation – this bill has actually been introduced into Congress," Richardson said.

"This is a milestone.

"The introduction of the Fair Taxation For Americans Abroad Act represents 'The end of the beginning,' in the long struggle for justice for Americans abroad.

"Now, all people and parties of good will must move forward together with a full committment to the principle enshrined in the legislation, which is that thehe United States should not be imposing worldwide taxation on people who are tax residents of other countries, and do not live in the United States."

As reported in September, Gosart, who spent more than three decades as an American expat corporate executive in Asia, much of it in Hong Kong, has emphasized that the way Americans are taxed while living overseas today would make it impossible for him to go abroad now, the way he did years ago. He has also stressed that the current regime makes Americans significantly – around 40% – more expensive to employ abroad than English-speaking people of other nationalities.

This, he and others have argued, works against America’s ability to export its products globally, and to grow its businesses internationally.

Today Gosart referred to the Holding bill as “an astonishing achievement”, and one that, “two years ago, we wouldn’t have thought we’d be sitting here today talking about."

“Obviously, it’s got a long way to go – I don’t think any of us should be declaring victory here – but the mere fact that this has been introduced is an astonishing achievement,” he added.

Democrats Abroad: 'not perfect, [but] milestone for RBT advocates'

In a statement, the Democrats Abroad organization said it welcomed the introduction of Holding's bill, although it noted that it was "not a perfect bill" and that, coming on the eve of the adjournment of the 2018 Congressional session, "it cannot be given serious consideration or debate."

"That said, it is a milestone for advocates of a switch from the current U.S. system of citizenship-based taxation to the globally-accepted norm of residency based taxation (RBT), and raises to attention important issues that Congress must address."

The DA reiterated its call "for [Congressional] hearings into issues impacting Americans abroad, ahead of discussions on specific reforms such as the introduction of RBT."

"Democrats Abroad has supported a switch to RBT since we were founded over 50 years ago.

"Over the last two years Democrats Abroad worked in collaboration with other organizations representing Americans abroad to lobby Congress in support of RBT.

"We are pleased that we now have a framework for building a RBT model that we believe could achieve these important things: facilitate participation by those living abroad temporarily, for decades or for an indeterminate period of time; include provisions for all Americans abroad to transition into “non-residency” status for tax purposes; be revenue-neutral to the federal government; and contain anti-tax avoidance mechanisms to prevent abuse by U.S. taxpayers who are not bona fide residents abroad."

Neil Kearney, president of the Association of Americans Resident Overseas, noted that his organization has been working on trying to get "relief for Americans abroad" from the U.S. citizenship-based regime "for years" and sees it representing "a large part of our advocacy work in 2019" as well.

Against this backdrop, the AARO is "are heartened by the introduction of Rep Holding's bill, and will study it carefully in the days to come," Kearney added.

"It is our hope that this bill will not only raise awareness of the harm citizenship-based taxation has caused Americans abroad, but that it will be a catalyst for bi-partisan territorial/residence-based taxation legislation in the next Congress, via collective action by AARO and other organizations."

H.R. 7358 is likely to change as it works its way through Congress. According to the Republicans Overseas' Yue, it is likely to be included as part of a larger tax bill next year.

Below is a summary of the bill's key elements, based on information provided by the Republicans Overseas:

To view the John Richardson interview referred to above, of Solomon Yue, Olivier Wagner and Jim Gosart, which took place and was aired live on Thursday, click here.

Are you an American resident overseas, who is currently struggling with the way the U.S. taxes you, or would like to? Were you hit by the surprise new charges contained in last year's Tax Cuts and Jobs Act, and/or do you have a significant amount of your personal wealth contained in a foreign property that has increased substantially during the time you've owned it, that Uncle Sam would stand to take a cut of, were you to sell it? If so, and if you'd like to share your thoughts, email them to This email address is being protected from spambots. You need JavaScript enabled to view it.. Comments would only be published if you wished them to be.

More in this category: « Expat eyes back on rumored tax bill-sponsor Holding, as he keeps seat in House Comment: Cayman, the EU, and the challenges of attempting to appease a 'multi-headed hydra' »