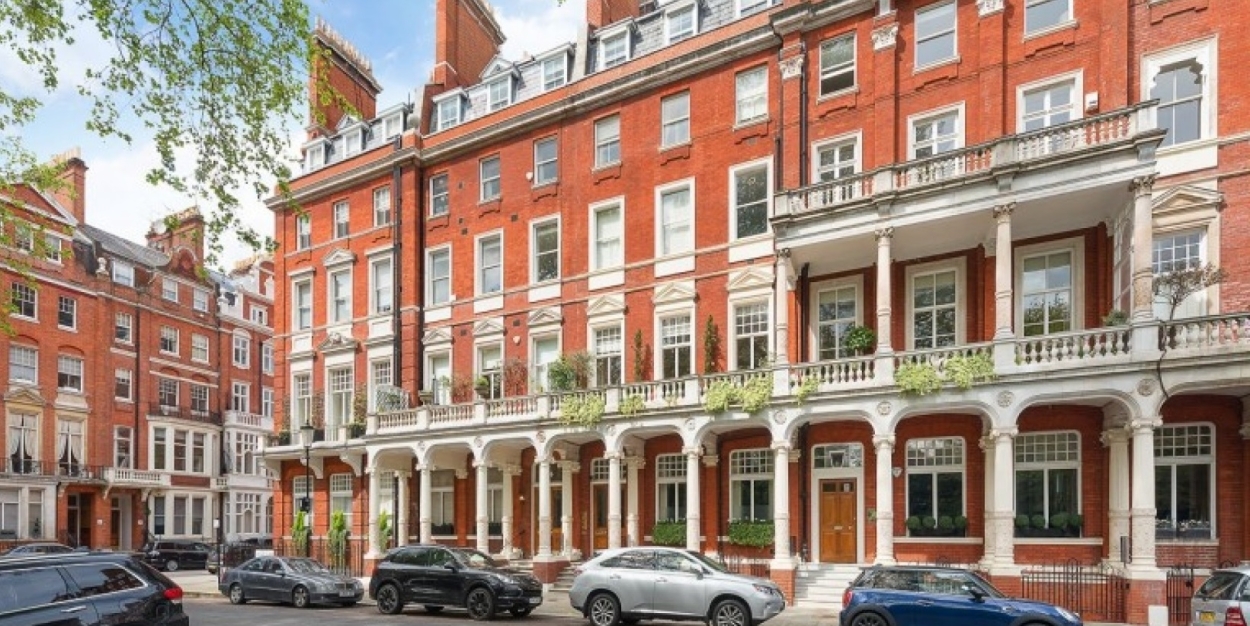 Americans who come to the UK knowing that they plan to stay for a while often look to buy a property there, depending on such factors at the time as interest rates and the strength of the U.S. dollar relative to the British pound. Owning rather than renting doesn't always make financial sense, but when done correctly it often does, and there have been times when it's paid off extremely well for such U.S. expats when the time came for them to sell.

That said, Americans buying property in the UK (as well as certain other countries, including Australia and Canada) need to take into account the fact that because of their U.S. citizenship and consequent U.S. tax liabilities, they will be expected to pay U.S. capital gains tax on any profit that's realized at the time of sale. 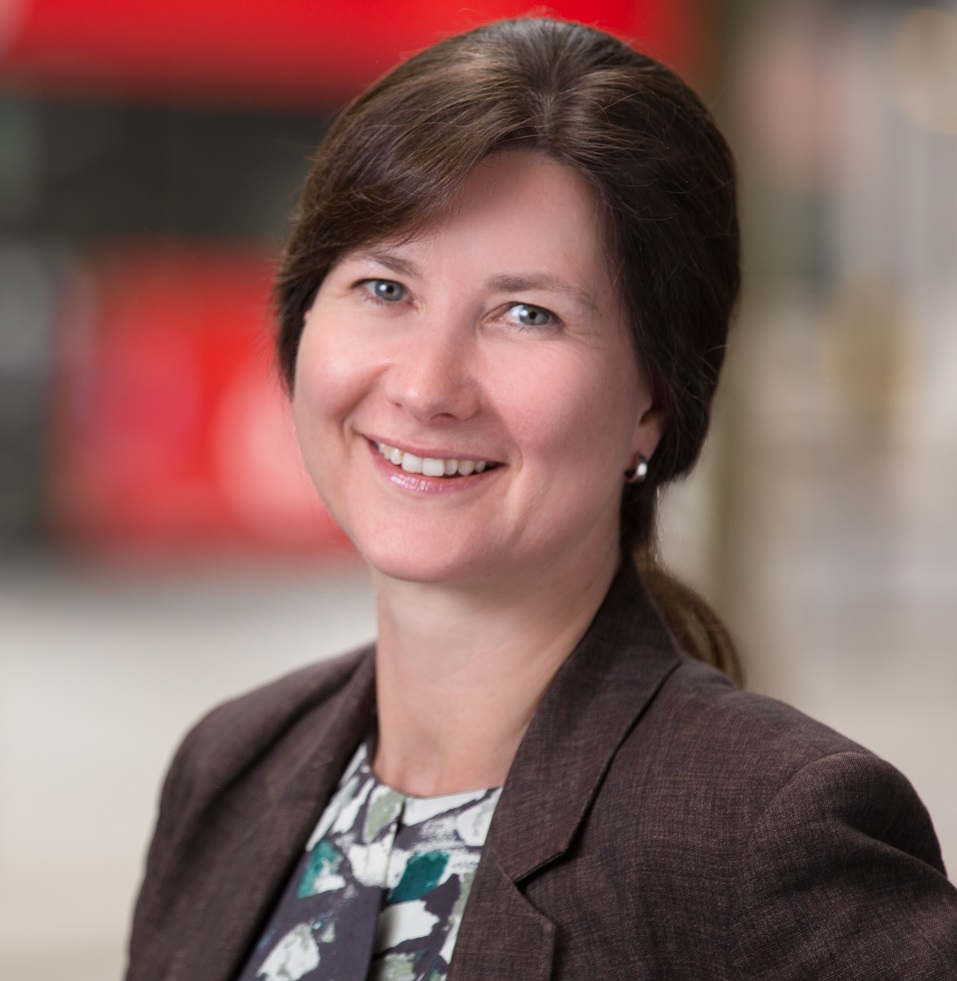 Here, Penelope Warr (pictured left) , a London-based partner in Withers LLP's U.S.-UK tax team, addresses this and other considerations that Americans looking to buy a home in the UK must take into account before going ahead with such a purchase...and explains how mixed U.S./British couples in particular are advised to structure their joint ownership, in order to avoid such pitfalls as being double-taxed by the U.S. and British tax authorities...

Estate agents and conveyancers in the UK usually advise married couples to buy homes as "beneficial joint tenants." This means that if one of them dies, the other inherits the home automatically, and without the complications of probate.

However, if one of the couple is a U.S. person, such joint tenancies can create numerous complex and unwelcome tax consequences.

The examples below highlight why such couples should always take U.S. tax advice before going ahead with their purchases.

US federal income tax on the gain on sale

If a British/American married couple has bought their home as joint tenants, 50% of any gain realized when the property is sold will be attributed to the U.S. spouse; but only US$250,000 of that amount will be tax-exempt for main residence purposes.

This is in stark contrast to the UK tax position, where the entire gain on sale of a principal private residence is generally exempt from UK capital gains tax. So although there’s no UK tax payable when a home is sold, there could be a substantial U.S. tax payable on any gain.

Most U.S. spouses who find themselves in this position only realise they have a problem in the run-up to selling the property. (New York-born UK prime minister Boris Johnson became the poster boy for how not to handle this classic situation back in 2009, when he was hit with a significant – said to be in the tens of thousands of pounds – capital gains tax, payable to the U.S. government, on his half of the profit from the sale of his and his wife's London home.)

Attempting to restructure ownership at the point when one is in the process of looking to sell a property, though, might not result in the intended consequences.

It’s much better, therefore, to minimise potential U.S. exposure on any future gain by planning for this situation well in advance, though care is needed if restructuring is contemplated, even if a sale transaction is not immediately planned.

When a U.S. spouse dies while jointly-owning a British property, the starting point for U.S. estate tax purposes will be to attribute 100% of the property’s value to them. It’s then up to the executors to establish that the non-U.S. owner contributed to the purchase and/or to mortgage payments, before working out their share of the equity.

Depending on the equity split (and the other assets in the estate), significant U.S. estate tax could apply on the American’s death; while the property is likely to pass free of inheritance tax in the UK.

Then, when the second spouse dies, UK inheritance tax would be payable on the full value of the property (with no credit for the U.S. estate tax already paid).

Double taxation, in other words.

Care needed if a restructuring is planned

These issues largely go away if all, or a significant proportion of the property, is held in the name of the non-U.S. person.

However, if the couple has an existing property, U.S. gift tax could be triggered if the U.S. spouse simply gifts the property to the non-U.S. spouse.

If a U.S. person makes gifts to his non-U.S. citizen spouse, he risks eating into his lifetime tax exemption (if the annual limit – currently of US$159,000 – is exceeded). That would be inefficient. Because once the lifetime allowance is exhausted, it’s gone. And in the situation just described, the property has only passed across a single generation, while remaining fully in the UK inheritance tax net (where the exemption threshold is much lower than in the U.S.).

Why owning property through a company
(these days) seldom makes sense

Buying property through a company, meanwhile, has become increasingly inefficient for a number of reasons.

For one thing, there’s no principal private residence relief on homes owned through companies, so tax is payable on any gain realized on a sale.

Further, there’s 15% stamp duty land tax payable on purchase, along with a "benefit in kind" charge, if a company director (or someone treated as a director ) is deemed to be receiving a benefit from the company (living in the property rent free, for example).

Finally, and significantly for those neither domiciled nor deemed domiciled in the UK, with effect from April 2017, owning property through a non-UK company will provide no protection against UK inheritance tax.

For the many people who bought their homes through companies when this was still regarded as the tax-efficient thing to do, a key challenge now is how to "de-envelop" the property and extract its value, without triggering UK capital gains tax, and possibly stamp duty land tax (if there is a mortgage on the property).

The solution?
–  Buying as 'tenants in common'

The preference is usually to buy as "tenants in common" (instead of "joint tenants"), giving careful consideration to the economic contribution made by each spouse. Upon death, each person’s share will pass in accordance with their will into a trust for the survivor and any other designated family members.

If the first person to die is a U.S. person (with total assets exceeding US$11.7m), then any assets passing to their non-U.S. citizen spouse will not qualify for a marital deduction for U.S. purposes.

That situation can be avoided, however, if the will is drafted to provide for a "Qualified Domestic Trust" (QDOT) election, in relation to that portion of the estate.

UK inheritance tax on real estate must generally be paid within 10 years of a death. The alternative is to take out insurance that will provide lump-sum liquidity to pay the tax when it’s due.

Depending on such factors as the age of the insured individual, and how long they’re likely to be living in the UK, this can be cheaper than setting up a more complex structure.

Life insurance should be held through a trust. This will ensure that the proceeds are paid to the trustees, and not into the deceased person’s estate.

(U.S. owners will avoid complications by transferring funds to the trustees, who then buy the policy themselves, on behalf of the American owner.)

Care needs to be taken to ensure that beneficiaries are given certain powers over the trust, so that annual premiums do not reduced gift and estate tax thresholds.

We have now highlighted the extent and complexity of issues that typically arise for Americans, and U.S./UK couples in particular who invest in UK real estate. As we have shown, holistic estate planning, from the beginning, is essential, with the combined effects of the relevant U.S. and UK taxes and regulations taken into account at every stage.

This article first appeared on the Withers LLP website, where it may be read, along with other Withers articles on similar topics,  by clicking here.

The above content is information of a general nature, and does not seek to address the circumstances of any particular individual or entity. Readers are urged therefore not construe any of the information or other material shared on the site as advice of any nature, be it legal, tax, investment or other.

London-based Withers is one of the best-known international law firms focusing on advising high-net-worth individuals on their business, tax, citizenship and personal issues. In addition to London and the U.S., it has offices across Europe and Asia, and currently employs more than 180 partners and more than 520 other lawyers.

More information may be found at withersworldwide.com.

More in this category: « Int'l Living: 'Should you rent or sell your home if you’re setting off overseas?'