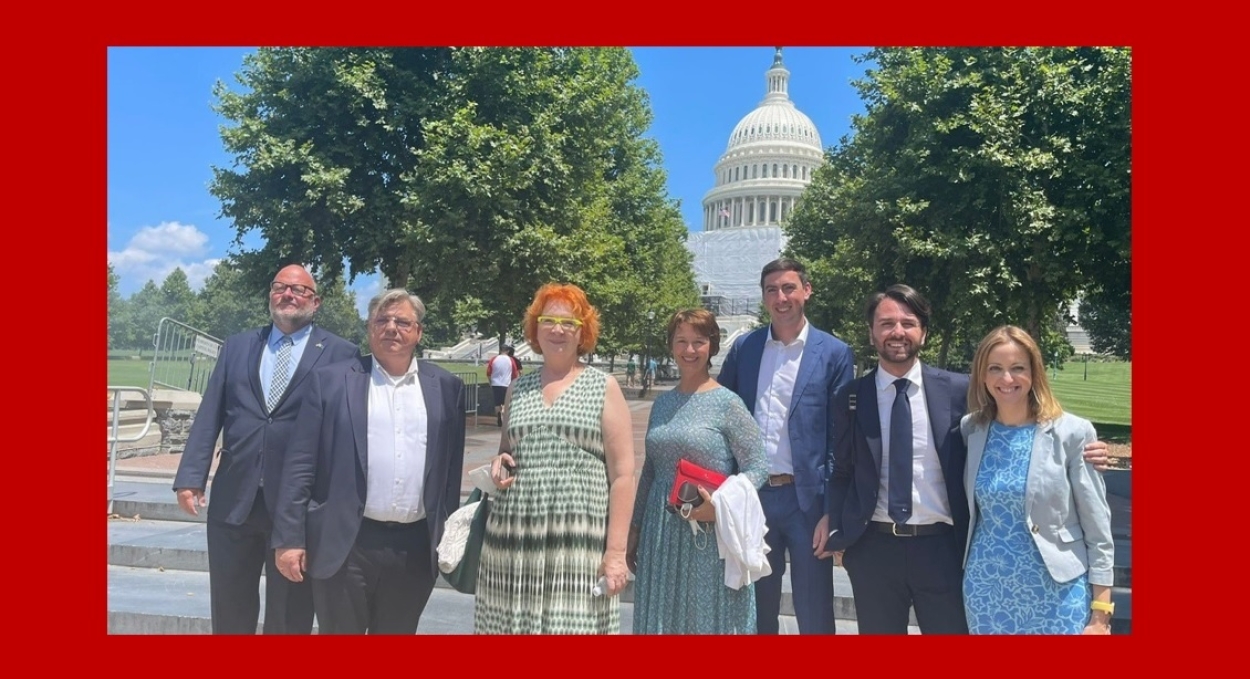 Report of the European Parliament delegation
on their trip this summer to the U.S., to discuss
the problems encountered by accidental Americans

On our delegation to Washington, DC, we were reassured by our counterparts in the U.S. Congress that efforts are underway to correct the injustices caused by the Foreign Account Tax Compliance Act (FATCA) to U.S. citizens, dual EU-U.S. citizens living and working in the EU, as well as to so-called ‘accidental Americans’, who were born in the USA, but have no other links to the country.

Our delegation, comprising seven Members of the European Parliament, met with stakeholders; experts on the matter; academia; U.S. legislators and government officials in a series of meetings, all in order to address the plight of EU-resident U.S. citizens, dual citizens and ‘accidental Americans’.

Representatives of those affected stressed the severity of the problems involved, whether it was financial penalties, or being rejected by EU financial institutions (which are also subject to penalties in case of non-compliance); the almost impossible bureaucracy and a total lack of assistance as well as a the lack of representation.

Some of them advocate the renunciation of U.S. citizenship as the only viable solution, but even this is an expensive and cumbersome process.

Throughout our meetings, we stressed that we do not advocate in any way the enabling of tax avoidance and tax evasion by U.S. citizens, nor the enabling of money-laundering and asset dissimulation done through EU financial institutions.

We said we had come to Washington to voice the concerns of regular, low-and medium-income citizens who currently face many obstacles in accessing banking services in foreign countries, as a result of FATCA, and to highlight the immediate need to address this.

In our meetings with House Ways & Means Committee Chairman Richard Neil and with Congressmen Lloyd Doggett and Eric Swalwell, we were shown a draft legislative bill aimed at correcting the unintended effects of FATCA, as well as a letter to Treasury Secretary Yellen, highlighting the need to correct FATCA.

The Congressmen all commended the [PETI] delegation as, in their view, raising awareness in the Capitol about this issue is very much needed, and delegations such as [this one] are the best way to achieve this.

We were also informed that even if legislative efforts fail in the near term, there are possibilities for corrective measures at the administrative level.

We also discussed the idea of tax attachés at the U.S. embassies in European countries as part of a solution, which would help to [boost the] channel of communication between citizens and U.S. authorities, and to provide assistance in complying with tax matters.

FATCA currently captures in its regulatory net the vast majority of regular, ordinary European residents with U.S., as well as those with dual citizenship and ‘accidental Americans’, and burdens them with a Byzantine bureaucracy, in order to achieve compliance.

This causes [EU] financial institutions, fearing the withholding tax on their U.S. assets at the slightest case of non-compliance, to choose not to provide services to these U.S. citizens – including basic payment accounts, even though this is a right enshrined in EU law.

In addition to FATCA's clear deficiencies, as a punitive tool which causes collateral damage, there is no data to suggest that FATCA has had an effect on improving the collection of U.S. tax, and thus, that it is actually effective in tackling tax evasion or curbing tax avoidance.

In fact, there is not even any solid data on the number of Americans who are resident outside of the U.S. Estimates of the number range from 6 million to 9 million.

In our meeting at the U.S. Treasury Department with Deputy Assistant Secretary for International Tax Affairs Jose Murillo, as well as with Doug O’Donnell, Deputy Commissioner of Services and Enforcement at the Internal Revenue Service, we stressed the need to enact key administrative changes.

In all our meetings, we highlighted that in the information exchange mandated by FATCA, there is no reciprocity with the EU, and that although the Inter-Governmental Agreements with EU countries to apply FATCA are exempted from having to comply with the General Data Protection Regulation, these clearly go against its provisions, mainly because the amount of data being transferred lacks proportionality.

It is also notable that FATCA is the reporting requirement of non-residents for the U.S.'s citizen-based taxation system (as opposed to residence-based), which is only applied in the U.S. and Eritrea.

Given that U.S. citizenship is conferred by being born in the U.S., this results in a large group of persons with only limited ties to the U.S., for whom it is extremely difficult, later in life, to get the U.S. Tax Identification Numbers these individuals will require to comply with FATCA – which is one of the reasons some of them are being rejected by non-U.S. banks.

Legislators on both sides of the Atlantic have to continue working hard to ensure that the unintended effects and collateral damage of FATCA are eliminated.

On our end, we will produce a mission report based on our visit to Washington, which will contain concrete recommendations that will have been voted on by the committee itself.

We have also agreed with our U.S. counterparts to create a channel for active dialogue, to work together on this matter in order to find effective common solutions.