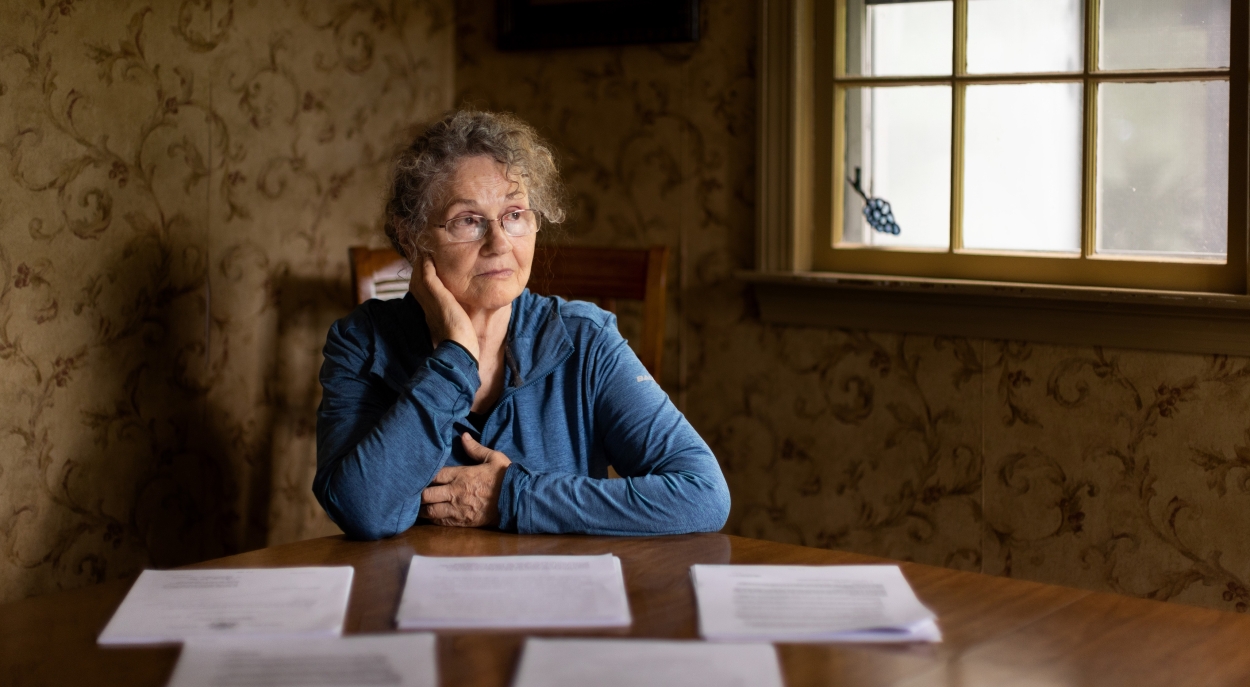 Institute for Justice Monica Toth, who is appealing to the Supreme Court to hear her FBAR case

The announcement in June that the U.S. Supreme Court had at last agreed to consider a case involving Foreign Bank Account Reports has been welcomed around the world by American expats, tax lawyers and others, many of whom had argued that the court's involvement was long overdue.

But it seems that Alexandru Bittner, the dual Romanian-U.S. citizen whose FBAR case will begin to be heard by the Supreme Court justices on Nov. 2, isn't the only one counting on the Supreme Court to sort out what they consider to be unfair and disproportionate penalties imposed on them by U.S. officials.

As Scott Shackford, an associate editor at Reason – a magazine and news website published by The Reason Foundation, a Los Angeles-based, non-profit libertarian think tank – explains below, an 82-year-old grandmother, whose family fled from Nazi Germany in the 1930s, is seeking the court's intervention in her FBAR case as well, on grounds that the IRS's efforts to seize more than US$2 million from her represent a violation of her constitutional rights, in that they're an "excessive fine" rather than a mere "civil penalty".

Foreign Bank Account Reports, or FBARs, are basic information forms that all American citizens are required to file every year that their holdings in all of their overseas financial acounts total US$10,000 or more at any point during the year. Although their origins lie in the Bank Secrecy Act of 1970, few were aware of them until relatively recently – and often, only after they had been hit with significant penalties for having failed to file them.

(This article originally appeared on the website of Reason, where it may be viewed by clicking here...)

Monica Toth, pictured above, is an 82-year-old grandmother who currently lives in the Boston area of Massachusetts. On August 26, the Institute for Justice, which is representing her, filed a petition with the U.S. Supreme Court, in which it requests the judges rule on whether federal "civil penalties" imposed by the federal government for violating the U.S.  regulations count as  an "excessive fine" under the Eighth Amendment, and thus are unconstitutional.

While a reasonable person might assume "penalties" and "fines" are the same thing, the federal government's position is that they are not. For this reason, in situations like Toth's, the IRS can demand millions in such penalties, without triggering the Excessive Fines Clause.

As mentioned above, Toth's family fled Germany in the 1930s to escape rising fascism and antisemitism. Her family landed in Argentina, where she was born in 1940.

Toth immigrated to the U.S. when she was 22, and established a family. She became a U.S. citizen in the 1980s.

Her father, who had in the meantime become a successful businessman, gifted Toth several million dollars in a Swiss bank account shortly before dying in 1999.

The federal Bank Secrecy Act, passed in 1970, requires citizens to report various banking records and information to the government. It also requires any citizen with more than $10,000 in foreign bank accounts to fill out a Report of Foreign Bank and Financial Accounts (FBAR) annually.

But unaware of these rules, Toth didn't file any FBARs until 2010, which is when she says she discovered the requirement. According to the Institute for Justice, she had, though, been filing her taxes regularly, by hand, herself, using forms from the local library.

Once she knew of the FBAR requirement, she disclosed the existence of her Swiss account to the IRS, and told them that she hoped her filings would put her back into compliance with the law.

Things didn't go well for her, however. According to the Institute for Justice's filing, the IRS launched an audit in 2011.

The agency determined that she had underpaid her taxes in some years, and overpaid in others. She paid US$40,000 in penalties for her tax mistakes. Everything was settled. Her taxes were up to date.

But then, the IRS came for her again, because of her failure to file her FBARs.

Under federal law, the maximum penalty for failing to file this record is either US$100,000, or half the balance of the reported account, whichever is greater.

The IRS declared that her failure to file the FBAR documentation was "reckless", and filed for half the money of the account,  resulting in a civil penalty of more than US$2.1 million.

It didn't matter whether Toth's failure to file the form deprived the IRS of taxes it was owed, or whether she was actively trying to deceive the government. All that mattered, the court documents show, was that she didn't file a proper record of the bank account that the IRS contends that she should have known she needed to file.

The fight here is not over whether the federal government and the IRS have the power to penalize people for trying to conceal bank accounts from tax collectors.

Rather, it's about whether taking US$2.1 million from a citizen for simply not annually completing a one-page form can be considered an excessive fine that violates the Eighth Amendment of the Constitution's Bill of Rights.

The United States argues that it can't be considered an "excessive fine", because it does not believe that taking Toth's money should count as a "fine" at all. Instead, as the U.S. sees it, it is a "civil penalty" that is immune to Eighth Amendment scrutiny.

The U.S. Court of Appeals for the First Circuit agreed with the federal government, and refused to even consider whether taking US$2.1 million from Toth would be considered "excessive."

The Institute for Justice, however, counters that this is clearly a type of fine.

"The Eighth Amendment's Excessive Fines Clause is a key check on the government's power to punish," said Institute for Justice Attorney Sam Gedge, in a prepared statement.

"That is why the Excessive Fines Clause is part of the Bill of Rights, and that is why the federal courts need to take it seriously."

In another case involving a seemingly-disproportionate fine – Timbs v. Indiana (2019) – the Supreme Court ruled unanimously that the Eighth Amendment in fact applied to state-level asset forfeitures, in a case where the state of Indiana seized an SUV from a man arrested for selling heroin, who had sought to keep it.

In that ruling, Justice Ruth Bader Ginsburg noted that one of the purposes of the Eighth Amendment is to prevent the government from using fines not as a punishment but "as a source of revenue."

In Toth's case, she had already made amends and paid fines for her mistakes with her IRS filings. Therefore, the Institute for Justice argues, in absence of evidence of deliberate fraud, it's hard not to see the US$2.1 million fine as anything other than an attempt by the IRS and the Department of Treasury to bring in some money.

The Institute for Justice also points out that Toth is far from alone in being hit with such a large fine. It points to a recent escalation in the use of civil penalties by the federal government over FBAR filings.

"Over the past decade, the government has expanded its FBAR enforcement relentlessly, " the Institute for Justice says, in its Supreme Court filing.

"Between 2012 and 2020, it assessed nearly US$1.5 billion in FBAR penalties. This Term, it is asking the Court to ratify a still more aggressive regime."

In discussing the case with the media, representatives from the Institute for Justice urge U.S. taxpayers to "remember Toth's case" when hearing stories about how the IRS needs more money and better enforcers in order to target wealthy people who are deliberately trying to conceal their money.

In its quest to obtain huge sums of money from people, they argue, the IRS is prepared to do so even when it is unable to demontrate that these citizens have actually been engaging in serious misconduct.

Worse still, they say – and as they note Toth's case suggests – the agency is willing to argue that seizing people's money and assets doesn't count as a "fine" and, therefore, the Eighth Amendment doesn't protect citizens against it.