The news that banks in the Netherlands will not, in fact, be obliged to begin requiring their U.S. person account-holders to have U.S. Taxpayer Identification Numbers (TINs), such as Social Security numbers, as of Sept 1, has (unsurprisingly) been welcomed by such TIN-lacking U.S. persons in that country.

(Particularly since Sept. 1 came and went more than a week ago...)

However, reactions among expats and "accidental Americans" in the Netherlands and elsewhere to the fact that this latest extension of an ongoing postponement of the TIN-providing requirement by Dutch banks and financial institutions was served up alongside other news – specifically, that the U.S. Treasury and IRS "intend to develop and publish" new "guidance" for "foreign financial institutions" (FFIs), as to how these institutions soon will be obliged to comply with the U.S. tax evasion-prevention law known as FATCA – has, the American Expat Financial News Journal understands, been decidedly mixed.

The news in question was contained in a  letter from a U.S. Treasury official to Dutch lawmakers, which was dated Aug. 29 – just hours before that Sept. 1 deadline for banks in the Netherlands to begin requiring TINs of their American account-holders.

That deadline had been set last December, when then-Dutch finance minister Wopke Hoekstra, in response to complaints from Dutch citizens whom the U.S. regards as American citizens, and thus taxpayers, because they had been born in the States or had one or more American parent – a group typically referred to as accidental Americans – formally announced that Dutch banks had been told they didn't have to require TINs or Certificates of Loss of Nationality (CLN) from such individuals until Sept. 1, 2022.

The U.S. Treasury official letter in question, pictured above, was from U.S. Assistant Secretary of Tax Policy Lily Batchelder, to the Dutch ambassador to the U.S., André Haspels. It was also sent to Dutch Finance Secretary Marnix van Rij, who has been involved for some time in the years-long discussions that the Netherlands has been having with the U.S. over the way it enforces FATCA in that country.

Existence of the letter emerged on Friday, sources in the Netherlands told the AXFNJ over the weekend.

Interestingly, some U.S. accidental Americans noted, Batchelder's letter doesn't mention the term "accidental American", nor such other expressions often heard in the Netherlands as "coincidence Americans" and "unintentional Americans". Nor, they added, does it otherwise appear to acknowledge that such a category of individuals, who have lived their entire lives as citizens of such other countries as the Netherlands and didn't even know they were considered to be American citizens as well until told by their banks, exists.

However, she added, "we agree with others who say that the entire FATCA regime is not fit for purpose, and that we believe that European lawmakers should continue to press the U.S. to fix it, ideally by joining the rest of the world with a residence-based tax regime, backed up, if they [the Americans] wish to do so by joining the OECD's Common Reporting Standard, which achieves the general aims of FATCA without causing reporting problems for individuals who bank locally, or for their banks."

Fabien Lehagre, founder and president of the Paris-based Association of Accidental Americans, said that the "positive" takeaway of Batchelder's letter was that it showed that the U.S. Treasury "has understood that FATCA causes many problems with bank account closures, and that they want to find a solution."

He added: "The negative points are as follows: they reiterate the need for the IRS to obtain the SSNs /TINs of all persons who hold American nationality and who live outside of the United States, in order to determine whether there are any Americans with foreign bank accounts who are not in good standing with the IRS.

"The U.S. Treasury, therefore, wants to ensure that FFIs collect the SSNs /TINs of all of their U.S. citizen account-holders.

"Where I am concerned is that the term 'accidental American' is not mentioned in this letter, nor was it in any previous ones. One can therefore wonder if they really plan to find a solution to the problems of accidental Americans, or whether a solution for the banks is their sole objective.

"The bottom line is simply that this letter allows people to keep their bank account...for now." 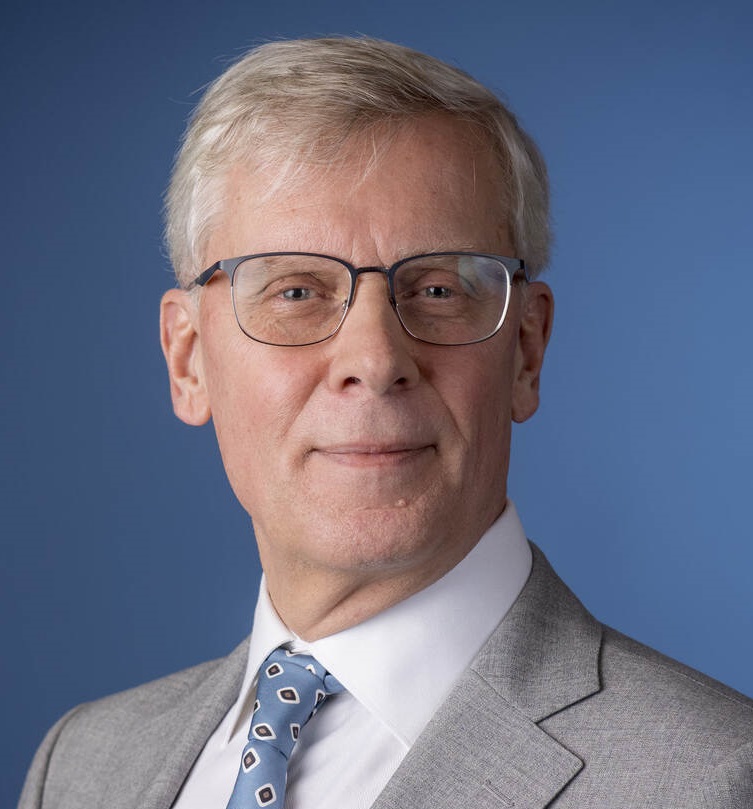 Also among those reacting to Batchelder's letter was Dutch Finance Secretary van Rij (pictured left), who did so in the form of a letter on the matter, on Sept. 9, to the president of the Dutch House of Representatives (Tweede Kamer), Vera Bergkamp. A copy of this letter has been seen by the American Expat Financial News Journal, (and an English translation is available below, by scrolling down and clicking on the green box labeled "next").

As reported, van Rij issued what he called his "Fourth Progress Letter [on] FATCA" last week.

In his letter to Tweede Kamer president Bergkamp, Van Rij tells her that Batchelder had assured him and the Netherlands ambassador to the U.S. in her letter that the U.S. "confirms that it is working on a clarification of the best efforts obligation for banks, in the case of missing TINs, from accidental Americans."

"In addition, the U.S. indicates that this clarification will be aimed at easing the bank account requirements for this group," van Rij adds.

"The U.S. indicates that it hopes this confirmation will prevent Dutch banks from closing accounts of accidental Americans who have not provided [the banks with their] TIN, pending further U.S. guidelines.

"I have submitted this letter to the NVB (Nederlandse Vereniging van Banken, or Dutch Banking Association). The NVB indicates that this passage provides sufficient clarity for its members not to proceed with closing [accidental Americans'] bank accounts, in anticipation of the new American guidelines.

I am glad that, thanks to this constructive message from the U.S., banks will not close the bank accounts of [accidental] Americans after September 1st.

"I will inform your Chamber as soon as there are new developments."

The revelation of the Treasury and IRS's plans to seek to address the problems FFIs are having with FATCA by publishing "new guidance" comes days after a delegation of European Parliamentarians, who met with U.S. officials in Washington in July to discuss their countries' FATCA problems, issued a brief statement in which they said that they had come away with a view that "efforts are underway [in Washington] to correct [these] injustices".

Many of those commenting on the letter of the Assistant Secretary of Tax Policy Lily Batchelder's letter on social media, meanwhile, highlighted – as mentioned above by the NLAA's Barendregt – the idea of the U.S. moving to a residence-based tax system and away from its problematic citizenship-based regime, which they said would solve not just the problem of accidental Americans losing their bank accounts, but other issues as well.

Calls for a move to "RBT" from "CBT" have been growing louder in Expatland in recent months, alongside a growing realization that CBT rather than FATCA is the main cause of the problems U.S. expats and accidental Americans are strugging with, and that what FATCA did when it was introduced was to enable the U.S. to enforce its globally unique CBT regime, by requiring non-U.S. banks and financial institutions around the world to harvest the necessary citizenship information from their client databases.

Tweeted Toronto-based American lawyer and expatriate rights campaigner: "Aug 29/22 letter from US Treasury and paragraph reinforcing US support for @citizenshiptax and #FATCA as enforc tool.

"#Americansabroad who are serious about solving 'the problem' instead of 'their problem' must aggressively support end of #CBT.

"Stop thinking 'carveouts' will do."

In an email, Richardson added: ""One should be careful what one wishes for ...

"The second paragraph of the letter states a clear intention on the part of Treasury to enforce U.S. citizenship taxation on ALL U.S. citizens living in the Netherlands.

"The third paragraph of the letter states that in return for Treasury providing guidance that would alleviate some of the problems of those U.S. citizens who do not have SSNs, Treasury will require the Dutch government itself take steps to encourage U.S. citizens living in the Netherlands to disclose their SSN to the Dutch banks. One might consider what this would or could mean."

Agreed France-based American Keith Redmond, also on Twitter:"There needs to be a focus on severing US citizenship on tax residence aka #RBT...

"It’s time to bring Americans overseas who are in the US tax system into the fight as they are the ones being destroyed! #FATCA is a problem but not the problem."

Redmond is another campaigner for fairer tax treatment for American expatriates, and for several years has moderated a Facebook group that called itself American Expatriates. Earlier this month, however, he renamed the group "American Expatriates for Residency Based Taxation (RBT)", in recognition of a direction that American expatriate attitudes have been heading. This was soon accompanied by the suggestion, from a member of the re-named group, of a new hashtag: #AE4RBT.

* AXFNJ Podcast: Dutch ex-pilot explains what drives him to 'fight for justice' on behalf of EU's 'unintentional Americans'

To read an English translation of  Dutch Finance Secretary van Rij's Sept. 9 letter, informing the president of the Dutch House of Representatives (Tweede Kamer), Vera Bergkamp, of the latest development in connection with the issues surrounding the enforcement of FATCA, click "next", below....