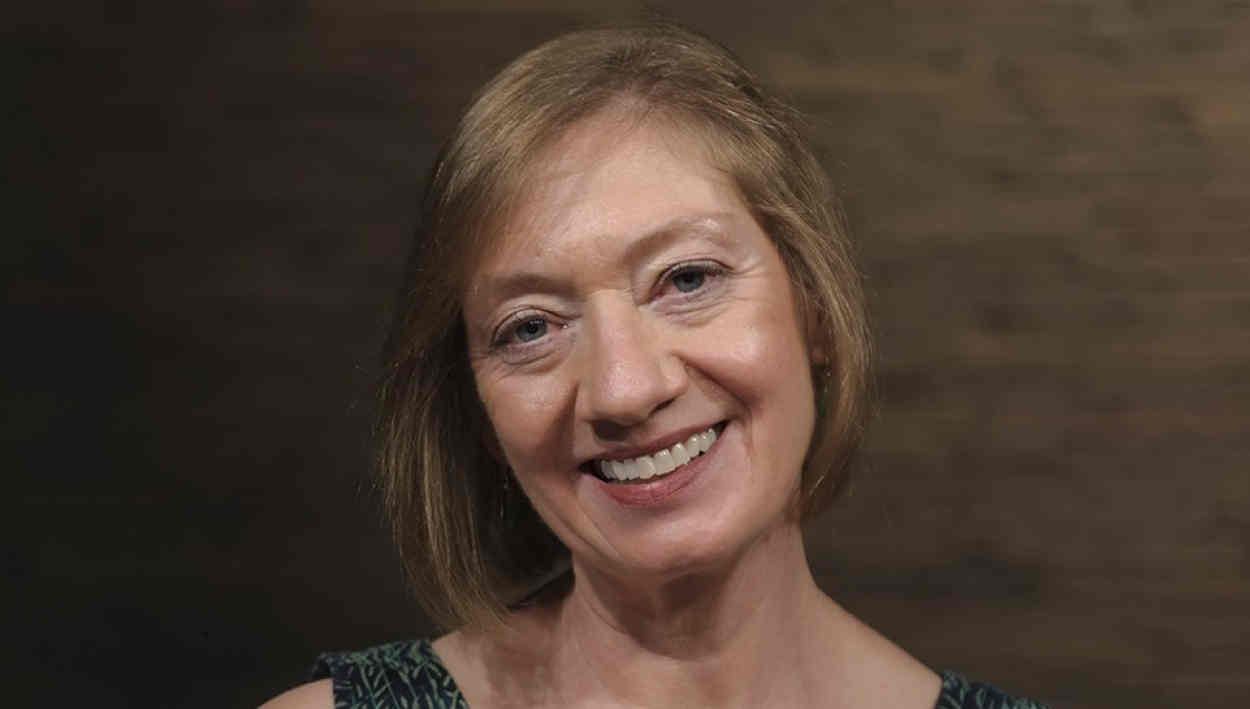 Nina Olson, who has spoken out forcefully on behalf of American expatriates a number of  times in recent years during her tenure as the IRS's National Taxpayer Advocate, has announced that she will be retiring at the end of July.

Olson, pictured above, announced her plans to step down from the role she's held for the past 18 years in a blog posting published on Friday, days after publishing her Annual Report to Congress, which had been delayed by the U.S. federal government shutdown that began after Christmas.

In her blog, Olson recalled walking "through the doors of the IRS headquarters building in Washington, DC... on this date eighteen years ago – March 1st, 2001," to begin "an always fascinating, usually complicated, and yes, sometimes frustrating journey."

In addition to being 18 years since she walked through those IRS doors for the first time as National Taxpayer Advocate, Friday was also "another milestone" for Olson, she noted: "In the eyes of the Internal Revenue Code, I am now “elderly” – that is, I am now of the age to qualify for the additional credit for the elderly under IRC §22 [a reference to a tax credit available to those who are disabled or aged 65 or older].

"This has caused me to reflect on how I want to proceed with the remaining stages of my life, and I have concluded that I am ready to move on to a new stage."

Olson was  nine years into her tenure as National Taxpayer Advocate when the Foreign Account Tax Compliance Act was signed into law in 2010 by President Obama, and resulted in American expats around the world suddenly struggling to maintain bank accounts overseas, and being told that they owed the U.S. government for unpaid taxes they didn't know they were even expected to pay. Over the next eight years, she criticized the IRS for the way it was enforcing FATCA, and its ability to tax non-resident Americans on the basis of America's citizenship-based tax regime.

One of Olson's fiercest attacks came in her 2013 Annual Report to Congress in January 2014, when she said the IRS had been too hard on those Americans who had come forward to disclose their unreported overseas bank accounts.

Rather than rewarding those who were honest enough to step forward and admit they had offshore accounts to declare, the IRS's offshore voluntary disclosure schemes, which at that point had been in use since 2009, had  instead “burdened ‘benign actors’ who inadvertently violated the rules," Olson charged.

The disclosure programmes, she went on, had been been “punitive, charging average penalties of more than double the unpaid tax and interest associated with the unreported accounts.”

Those who individuals who decided not to go ahead with a disclosure (that is, those who “opted out”) were automatically audited, and thus penalised for coming forward, and “on average assessed penalties against them of nearly 70% of the unpaid tax and interest.

“Thus, while those who opt out generally face smaller penalties than those inside the offshore voluntary disclosure (OVD) programmes, they still face very significant ones.

"For those who remained in the 2009 programme, the median offshore penalty applied to those with the smallest accounts (ie, those in the 10th percentile with accounts of $87,145 or less) was disproportionate – nearly six times the median unpaid tax.

In 2017  Olson took the IRS to task for FATCA, saying its implemention of the law "has in some cases imposed unnecessary burdens, and failed to protect the rights of affected taxpayers."  She pointedly noted that her earlier recommendations about FATCA had not been acted upon.

In that report she also came out in favor of something many American expats have periodically advocated, which was that the U.S. adopt a “Same Country Exemption” to FATCA.

Such a Same Country Exemption, Olson noted, would exempt expatriates from their FATCA information reporting obligations in the foreign countries in which they are currently living, and therefore make getting and maintaining such things as bank accounts and mortgages easier for them.

She pointed out that she had proposed the Same Country Exemption idea previously, “[yet] no action has been taken by the IRS or Treasury" to implement it.

Also in her 2017 report, Olson observed that the IRS had "adopted an enforcement-oriented regime with respect to international taxpayers," which had as its apparent "operative assumption...that all such taxpayers should be suspected of fraudulent activity, unless proven otherwise.

“This assumption results in the IRS ignoring stakeholders, dismissing useful comments and suggestions, and mis-allocating resources.”

Instead, the report goes on, the IRS “should pursue a service- and assistance-oriented strategy for the vast majority of international taxpayers, coupled with a data-driven, narrowly targeted enforcement program.

"This approach would no longer disadvantage the compliant majority in an effort to prevent potential fraud by a few bad actors.”

As reported,  Olson's report to Congress this year largely ignored expatriate Americans' tax issues, even though many expats have said the 2017 Tax Cuts and Jobs Act has made life more difficult for them tax-wise than it has ever been before.

According to the NTA's website, The IRS has implemented hundreds of recommendations Olson has made over the years, while dozens of her legislative recommendations for change have been introduced in Congress, and 15 of them have been enacted into law.