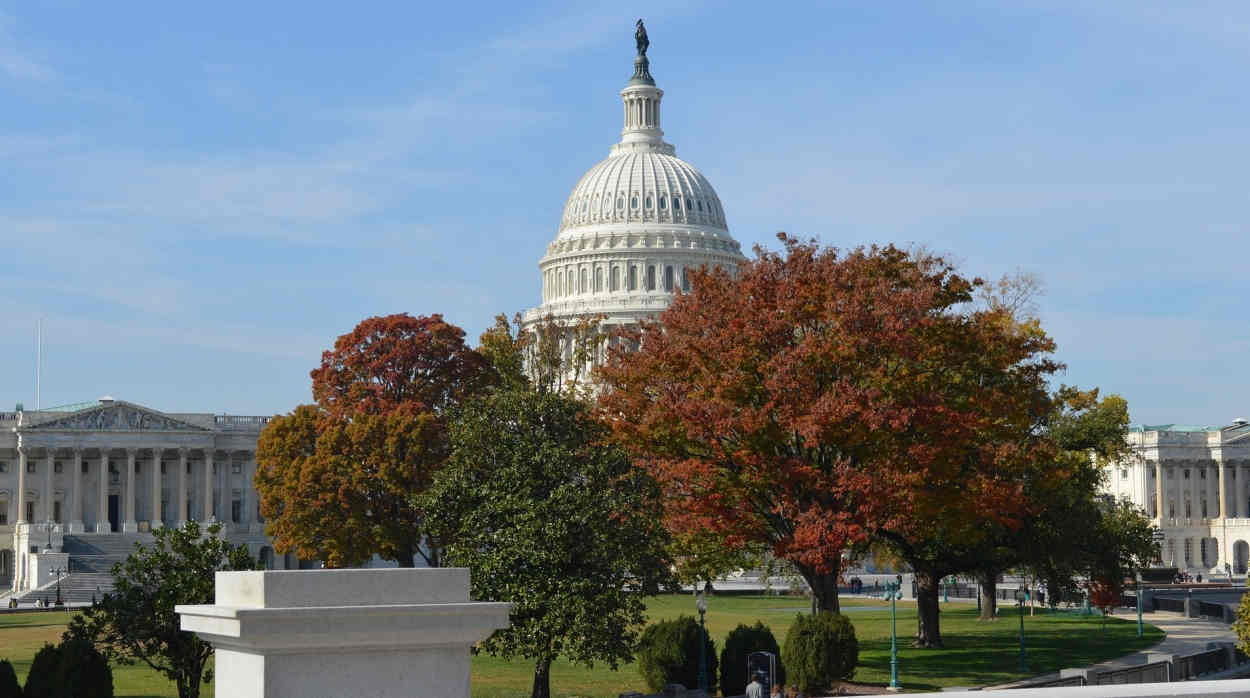 The ACA posted audio editions of both webcasts on its website today.

"Basically ever since he got on the [House Ways and Means Committee, about four years ago], he's been pretty interested in this issue," Stross said of Republican Congressman Holding, pictured left, in his introductory remarks at the first of two webinars.

"His wife is actually English, so... he kept hearing from Americans abroad [in England] about the problems that they were having in the tax space... and so we've been digging into this ever since.

"And finally, at the end of last year, we got a bill out with the help of ACA, and a number of other folks I can not thank enough, for all the work that they've done to get us to this point.

"But, it's still obviously, a work in progress.

"I mean, we've gone through a number of proposals and ideas to basically even get to this point, where we've got a bill out.

"And we view this as very much as a first step, and we're still hoping to introduce again this session, and we're working right now with legislative counsel and the Joint Committee on Tax -– who does all of the revenue estimating – to tighten down a few things in this draft, and we're hoping to get that back and get that out here relatively soon, so that we have something else to point to  to.

But we hope that also can also be bipartisan."

Introduced in the closing days of last December, as the last legislative session came to a close, the TFAA (H.R. 7358) proposes a number of changes to the way Americans who live outside of the U.S. are taxed, including an end to their being taxed on income that is not earned in the United States.

The bill is seen by its proponents as beginning to bring the U.S. in line with the global norm for taxing nationals who live outside of its borders, since the U.S., at present, is one of only two countries that tax on the basis of citizenship rather than place of residence.

Importantly for American expats, it would also, the bill's proponents argue, alleviate many of the double taxation problems and compliance costs that currently burden millions of Americans resident overseas.

The proposed legislation would work off the Foreign Earned Income Exclusion facility, and would create an exclusion for income earned outside of the United States by qualified non-resident US citizens.

In his comments, Stross highlighted that the House Ways and Means Committee staff are working with the Joint Committee on Taxation (JCT) and the House office of the Legislative Counsel to better define “some of the trickier issues” the legislation brings to the fore, such as how to define personal property, and how to tax gains related to foreign property before the taxpayer qualifies as a foreign-based resident.

He went on to note that next steps included re-introducing of the bill in the new 116th Congress – which will see it assigned a new bill number – and requesting that the chairman of the Ways and  Means Committee holds hearings on the bill in order “to get [it] the attention it so rightly deserves.”

Such hearings would also help to define the issues at stake, such as whether failing to file a foreign bank and financial account report would disqualify someone from receiving the exclusion for not being fully compliant with the requirements, Craig Thompson, an independent tax adviser who participated in the webcasts, noted.

ACA executive director Marylouise Serrato said response to the webcasts had been "very positive" and that the ACA would be working to make the content from them more widely available.

To listen to the audio recordings of both the March 13th and March 14th webcasts, on the ACA website, click here.