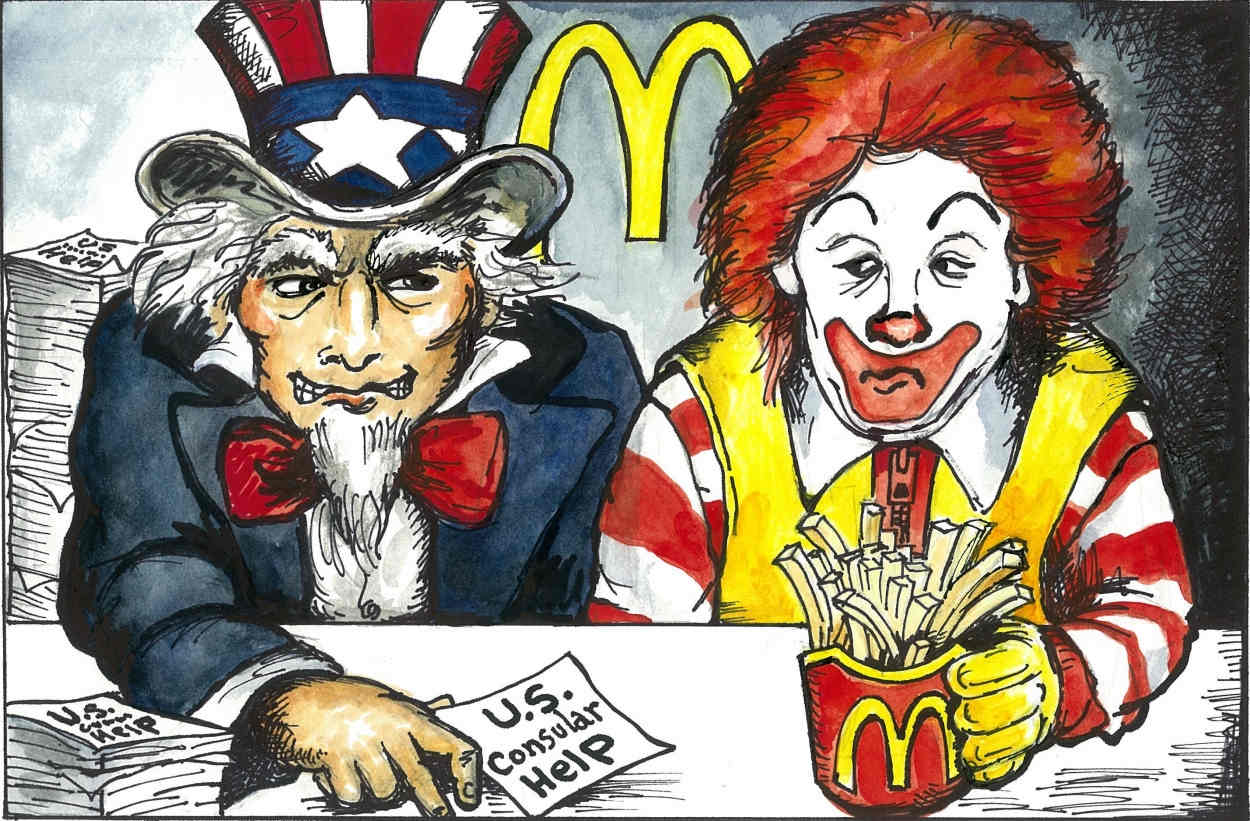 The American Embassy in Vienna, one of a network of more than 300 embassies, consulates and diplomatic missions that the U.S. has around the world, has announced that “American citizens traveling in Austria who find themselves in distress and without a way to contact the U.S. embassy” will now be able to enter “any McDonald’s in Austria” and get the help they need.

At a time when cash-strapped governments around the world are struggling to keep overseas embassies and consulates operating, the deal is seen as likely to inspire other similar institutions to seek similar arrangements.

A spokesman for McDonald’s Austria, Wilhelm Baldia, told The New York Times last week that he was not aware of any other country with such an arrangement.

The U.S. Embassy in Vienna declined to talk to the American Expat Financial News Journal, referring us to a State Department spokesperson in Washington, who said only that "as part of our commitment to assisting U.S. citizens in need overseas, from time to time we work with private-sector and other non-government entities."

Under the arrangement, Americans who have been travelling in Austria and who, for example, lose their passport or their mobile phone will now be able to enter any of the 194 McDonald’s restaurants in Austria, and receive an emergency, round-the-clock U.S. Embassy telephone number. If they need a phone to make the call, McDonald’s will provide them with the use of one.

McDonald’s isn’t being paid to offer the service, the NYT report noted.

The deal with the Austrian operation of McDonald's was described as having been the idea of the American ambassador to Austria, Trevor Traina, who signed a Memorandum of Agreement earlier this month, according to an announcement on the U.S. Embassy in Austria’s Facebook account (see below). 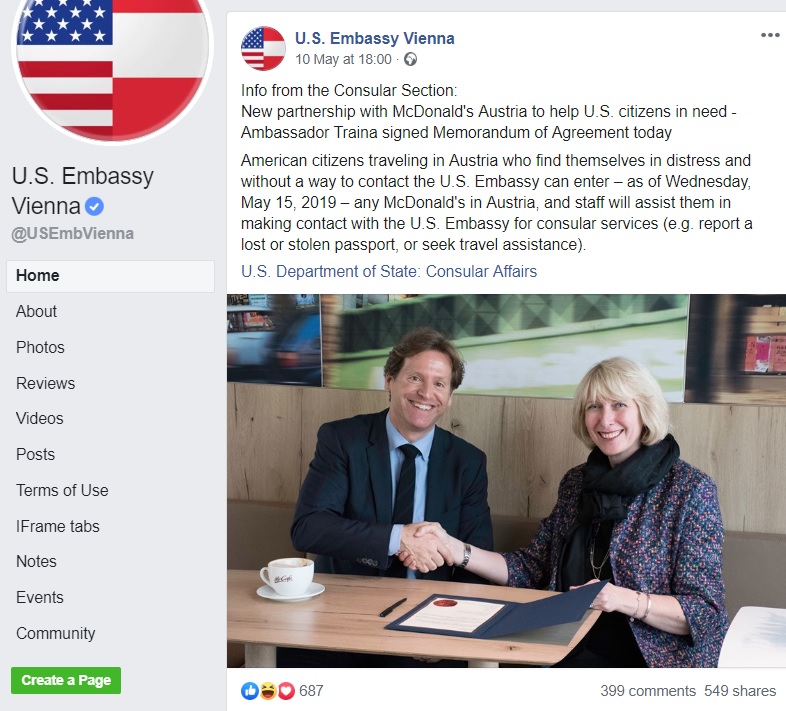 The news was immediately picked up by media organizations around the world, including, in addition to The New York Times, Time magazine and Time.com, the BBC, CNN, and USA Today.  Some of these reports found humor in the idea of burgers, fries and milkshakes sharing a takeaway bag with consular offerings.

"Would You Like a Passport With That? McDonald's Partners With U.S. Embassy in Austria to Help Stranded Tourists" ran the headline on Time.com's coverage, which then went on to mention that a Facebook user had made a reference to a request for “a McPassport, please.”

The advantage for travelers in need of the help of Ronald McDonald and crew in Austria – and potentially in other markets, should the arrangement be expanded to include other countries – is that McDonald's is among the American organizations with the largest number of publicly-accessible outposts in popular tourist districts around the world. What's more, these are almost always easy to spot, with their trademark "golden arches," which tend to be easy to stand out against the backdrop of nearby buildings.

According to a statement issued last month alongside its first quarter financial results, McDonald's said it currently operates "about 38,000" restaurants in more than 100 countries. Of these, around 14,000 are located in the U.S. – making the number of overseas locations potentially available for providing American travelers with consular assistance at around 24,000.