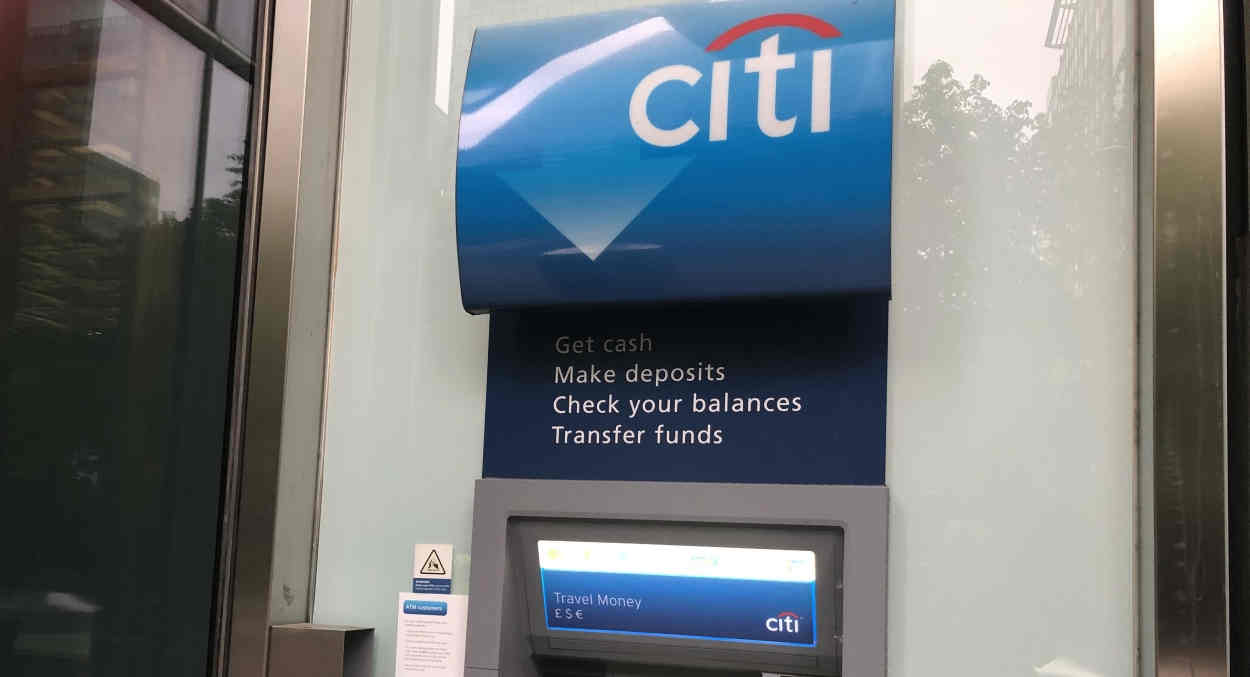 New York-based multi-national Citibank has confirmed that it has informed a “small portion of U.S. credit card-holders with mailing addresses in certain international countries” that it will no longer be able to service their accounts, citing “local regulatory requirements”.

News of the card account closures came in response to a query on behalf of a card-holder currently resident in the U.K., who first obtained a Citibank “AAdvantage Gold MasterCard” some years ago, and who received a “notice of pending account closure” earlier this month.

A spokesperson for Citibank – or Citi, as it is now normally referred to as – wasn’t able to say how many other countries besides the U.K. were included in this account closure.

The spokesperson added that those U.S. credit card holders residing in the U.K. and other countries where the bank is discontinuing providing credit card services would be able to keep their accounts if they were able to provide the bank with “a U.S. mailing address within 90 days" of receiving the letter saying their account was to be closed. 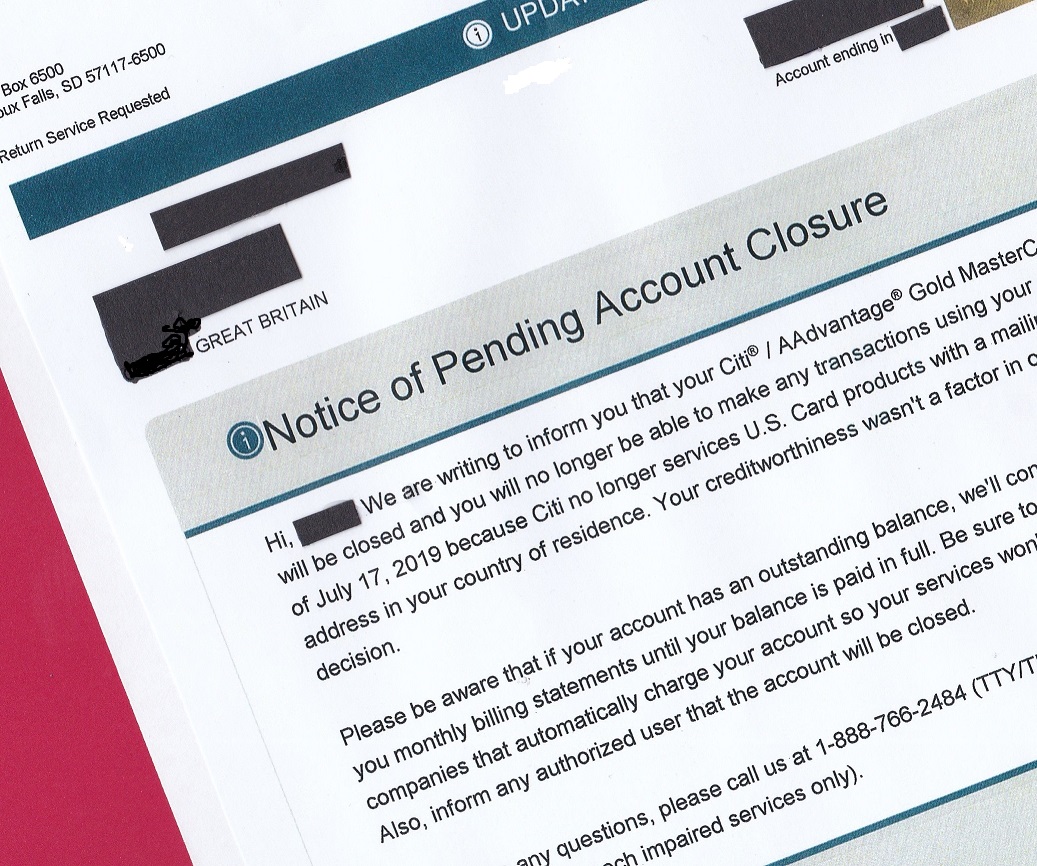 The account closings come as financial institutions around the world continue to shed less-profitable operations – and clients – as margins shrink and regulations increase.

This latest account closing does not have to do with the fact that the credit-card holders in question are American citizens, as at least one person known to have received one of these letters is not (and never has been) American, The American Expat Financial News Journal understands.

Nor does the closure of these Citibank credit cards have anything to do with changes in the economics of so-called “reward credit cards,” such as the “AAdvantage Card” mentioned above, whereby the card-holder is eligible to receive rewards in the form of points or air miles whenever they make purchases, the Citibank spokesperson said.

The Wall Street Journal reported in January  that a number of major banks had begun "pulling back" from their generous "ultra-premium rewards" credit cards, as consumers "figured out how to game the system" and were abandoning their cards after obtaining whatever sign-up and other bonuses were initially on offer.

The same article also noted that "intercharge fees" – paid by merchants to banks whenever customers shop with a credit card – were coming under increasing pressure from major retailers seeking to lower them.

In a statement, Citi said that those U.S. credit card holders residing in the U.K. and other countries where the bank is discontinuing providing credit card services would be able to keep their accounts if they were able to provide the bank with “a U.S. mailing address within 90 days" of receiving the letter saying their account was to be closed.

Citi, which is the consumer finance division of Citigroup Inc, says on its website that it has had a presence in the UK “since 1902, with the opening of International Banking Corporation’s London office” that year. But like many other retail banking groups, it’s been cutting back on its retail outlets in the UK recently, having closed three of its four London shopfronts in 2017, as it shifted its focus in the U.K. market, at least, to its wealth management and high-net-worth clients.

Its remaining London presence is today centered in a Citi logo-emblazoned, 45-story tower in the center of London’s Canary Wharf district, where a lounge off the main lobby offers services to Citi’s Citigold and International Private Banking clients. The banking group’s European, Middle East and North African head offices are also located in the building. According to its website it also maintains “sizeable offices” in Belfast, Derby and Edinburgh.

In its form letter sent to its UK clients in April, Citi said it was writing “to inform you that your Citi/AAdvantage Gold MasterCard will be closed, and you will no longer be able to make any transactions using your card as of July 17, 2019, because Citi no longer services U.S. card products with a mailing address in your country of residence.

“Your credit worthiness wasn’t a factor in our decision.”