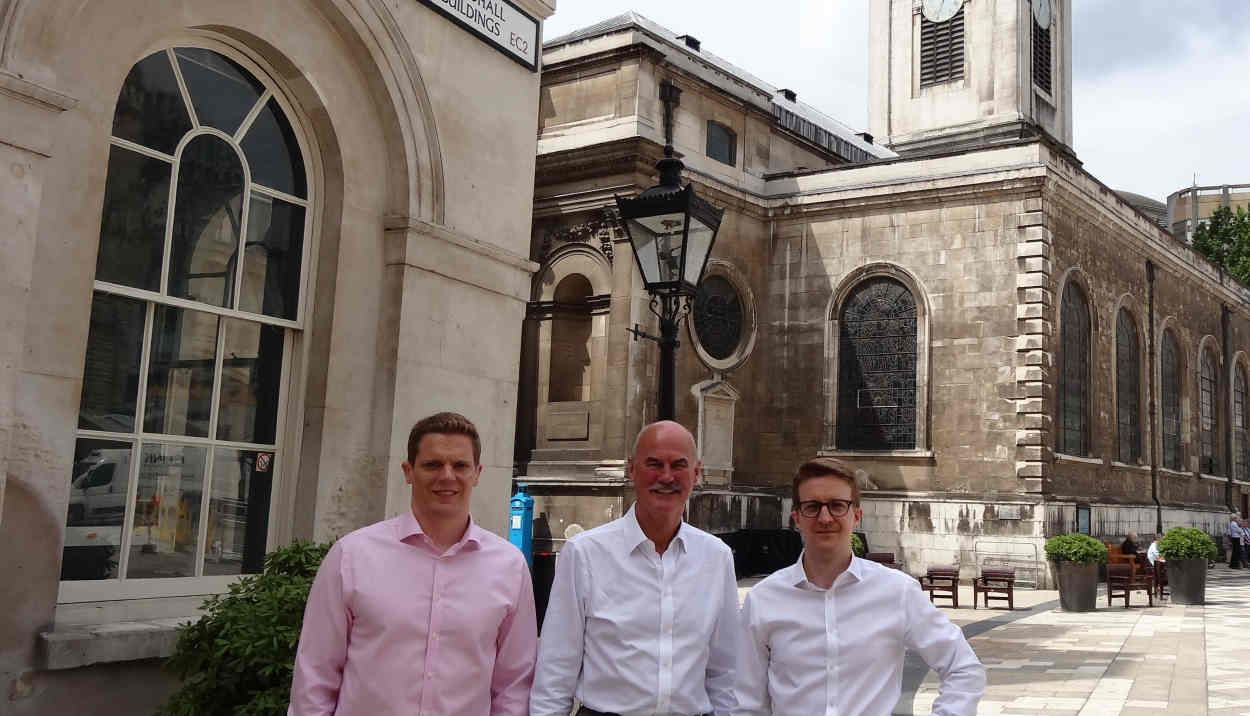 Andersen Global, the San Francisco-based organization of tax and legal services firms founded by Andersen Tax LLC, said Tuesday that it has at last planted a flag bearing the Andersen Tax name in British soil, as a tax partnership in London has adopted the Andersen name, and formally joined the global Andersen entity.

The new Andersen Tax LLP outpost has offices in Coleman Street in London, in the city's financial district, and is being headed up by partners George McCracken, Julian Nelberg, and Paul Lloyds, Andersen Global said in a statement.

McCracken, Nelberg and Lloyds will specialize in "inbound and outbound cross-border income and estate planning as well as personal tax services to alternative asset managers," the Andersen Global statement added.

McCracken, Nelberg and Lloyds have been working on setting up the new Andersen Tax outpost for several months, in discussions with Andersen Global chairman Mark Vorsatz.

Like McCracken, Vorsatz is also ex-Arthur Andersen, and, as reported here last month, has been heading up a group of some 23 ex-Andersen executives who sought to keep a portion of the original Arthur Andersen business going after its collapse in 2002, initially as a subsidiary of HSBC USA Inc. (known as Wealth & Tax Advisory Services).

In a statement accompanying the announcement of the new Andersen Tax office in London, Vorsatz, who is also chief executive of Andersen Tax LLC in the U.S., noted that "increasing complexities in tax legislation around the world" had increased the need for tax advisory firms' clients to obtain "the best and most trusted advisers" they could get, "with reach in every global region."

He added: “The establishment of Andersen Tax in the UK by George, Paul and Julian is an important milestone for us, and will serve as a beachhead for further growth [by Andersen Global] in the U.K.”

McCracken comes to Andersen Tax with more than 40 years of experience advising both ultra-high-net-worth individuals and larger companies on complex international tax matters.

While with Arthur Andersen, he headed the one-time Big Four accountancy’s Scottish business. After the firm’s demise in 2002, he worked first for Deloitte and then for Grant Thornton.

Nelberg and Lloyds both come to Andersen Tax from PwC.

Andersen Global is a privately-held, international association of legally separate, independent tax and legal services businesses that has been expanding rapidly over the last few years. It currently employs more than 4,500 individuals around the world, in some 144 locations in 53 countries.

The growth of the legal side of its business reflects a world-wide trend – apart from certain countries, including the U.S. and UK, where it is not, for the moment at least, legal – to combine the two operations as part of a single legal entity. Such firms as EY, KPMG, Deloitte and PwC also offer clients legal services in addition to their tax offerings in markets that allow them to.

In addition to Andersen-branded outposts, such as the one just unveiled in London, so-called "collaborating firms" also comprise the Andersen Global organization. Currently there are three such firms in London, one in Birmingham and one in Manchester, according to the Andersen website.

In the Andersen Global statement, McCracken said he and his colleagues intended to focus on providing "concrete, sustainable solutions" for their clients, rather than "quick impersonal, cookie-cutter" ones.