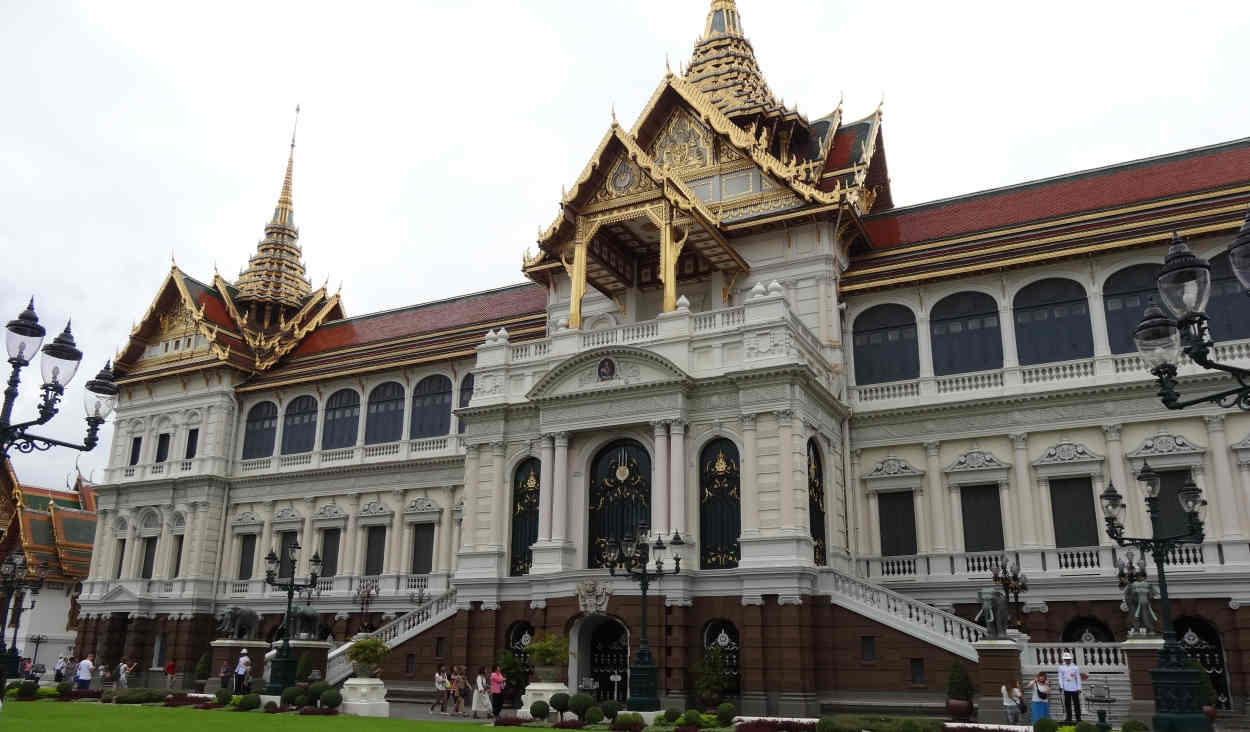 A petition being promoted by expatriates living in Thailand that calls on the country’s Immigration Bureau to scrap a controversial reporting requirement for foreigners living there has secured the support of more than 4,000 people in less than two weeks.

The petition, which was launched on July 28, concerns something called the “TM30 reporting requirement,” which isn’t new, but which wasn’t generally enforced in the past – but now is, according to the Bangkok Post and other publications.

The TM30 is a notification form thatThai landlords who provide accommodation to foreigners are required to use to report these foreigners' presence to the authorities within 24 hours, and every time the foreigner returns.

Also known as Article 37, the regulation in question also requires any foreigner who stays in Thailand to report to immigration whenever they stay at a different address for more than 24 hours – "their nightly whereabouts," one publication put it – and then keep the authorities posted if and when they moved around the country.

Foreigners who have permanent residence in Thailand are said to be unaffected.

Originally introduced in 1979, TM30 became an issue earlier this year, when "an abrupt decision by the powers-that-be at the Immigration Bureau," citing heightened terrorism concerns, brought it into force, the Bangkok Post noted, in an editorial in which it likened the action to a "shot in the foot" by the government that would damage Thailand's tourism industry.

"At a time when the tourism industry needs a shot in the arm, perhaps the last thing the Immigration Bureau should do is resuscitate an outdated rule to make the lives of foreigners and Thais more difficult – but that's what the bureau has done with the dreaded TM30 form," the publication said.

The petition, which has been launched by a group of expats based, according to press reports, in the Isaan (northeast) section of Thailand, can be found at https://reform-thai-immigration.com/.

According to ThaiVisa.com, a news website, The petition’s organizers are hoping to get 10,000 people to sign it. At that point they intend to send a letter announcing this fact to Thailand’s prime minister as well as the heads of its Immigration and Foreign Affairs departments.

'Stories vary according
to who you talk to'

One expat businessman who lives and works in Bangkok, who didn't wish to be identified, told the American Expat Financial News Journal that he had heard that "some of the foreign chambers of commerce are being pressured by some [of their] members to lobby the immigration authorities about this," but added that he thought that the fact that foreigners are able to notify the immigration service of their movements online might have made it less of a problem than some of the articles have been suggesting it is.

"The stories that I’m hearing vary according to who you talk to and which province they live in," he added.

"In Bangkok, where there are more foreigners and therefore the process might be more efficient, and where the take-up of on line reporting sometimes happens more quickly, it might be less of an issue than [it is] ‘up country’.

"Purely from a personal perspective, it hasn’t caused any inconvenience at all, but I can imagine that if you’re an elderly foreign retiree in one of the more remote provinces, then this could be more unsettling.

"In the past there’s been criticism that practices have changed without clear guidance or notice, but in this instance the Bangkok immigration authorities have been helpful and clear and that enabled [us] to publish an advisory for our clients a couple of months back, which I understand has enabled them to navigate Article 37 without any problems.

"So from my perspective, Article 37 isn’t a serious issue but I realize that for some that’s not the case."

The Thailand offices of PKF, the international accountancy firm, posted a bulletin for clients on its website in June which detailed the then-recently-announced reporting requirements, noting that the Immigration Bureau at Chaengwattana had "first announced the new enforcement regime for these long-standing regulations...on 28th March 2019," and that the enforcement of these rules had been causing "widespread confusion and frustrations among foreigners and landlords alike" ever since.

The PKF bulletin noted that the focus of the Thai Immigration Bureau’s enforcement of  the TM30 rules appeared to be "centered around visa renewals" – an ongoing issue for most foreigners resident in Thailand at any time – and added: "Therefore, when foreigners are due to renew their visa (e.g., at the time of work permit renewal), then they are strongly advised to ensure that their property owner/landlord has complied with TM30 reporting in order to avoid unwanted delays or problems in renewing their relevant visas."

Foreigners wishing to register online in order to make reporting their movements easier have been told to go to https://extranet.immigration.go.th/fn24online/.

The text of the petition, which is also available in a Thai-language version, is below.