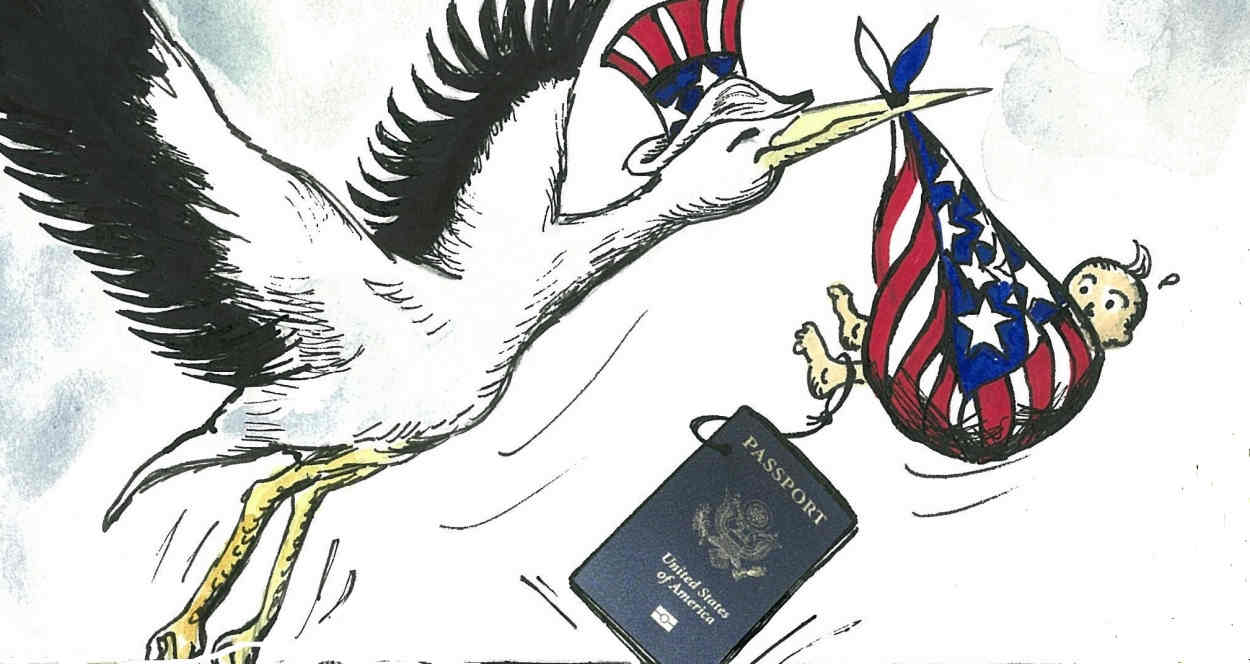 The announcement, contained in a policy alert published on Wednesday by the U.S. Citizenship and Immigration Services, which oversees the administration of the U.S.'s naturalization and immigration system, has sparked controversy among organizations representing men and women employed overseas by the U.S. military, according to published reports.

According to the policy alert, which may be seen here, those most affected will be the children of naturalized U.S. citizens who are currently serving in the U.S. armed forces but who have not lived in the U.S. for a required period of time.

U.S. officials say this is a relatively small number, around 100 annually.

Children born in the U.S. to such parents will not be affected by the new policy.

News of the change in the citizenship birthright of children born to American military men and women overseas comes days after the USCIS announced it planned to close all but seven of its 23 overseas offices over the next 12 months, a change from its earlier-announced plan to close all of its overseas outposts.

(See "U.S. Citizenship and Immigration Services to close all but seven of its overseas offices.")

U.S. citizenship can be acquired in a number of ways, and as this news website has occasionally reported, it is usually not easy to dispense with once it is in place, as growing numbers of Americans who have lived abroad a long time and intend to remain abroad have been discovering.

Since becoming president Donald Trump has repeatedly vowed to make becoming a U.S. citizen harder. Last October, for example, he said he would seek to end a policy whereby children born in the United States to non-U.S. citizens automatically had the right right to U.S. citizenship; a few days ago he reiterated this intention.

Thus far, however, this change has not yet been made.

Meanwhile, this latest policy guidance is seen as making citizenship harder to get, rather than making anyone ineligible for it.

In the words of the USCIS, the new policy "rescinds previously established USCIS policy, which stated that certain children who were living outside the United States were considered [to be] 'residing in' the United States," presumably by virtue of their parents' involvement in the U.S. military.

Going forward, children living abroad with a parent who is a U.S. government employee or U.S. military services member will no longer be considered to be "residing in the United States" for the purposes of acquiring citizenship, as had been the case until now.

"As a result, it changes the process that parents of such children must follow to obtain a Certificate of Citizenship for their children," the USCIS statement continues.

Beginning on Oct. 29, the parents of such children now must file a Form N-600K to obtain U.S. citizenship for any child who did not acquire citizenship at birth or while residing in the United States, the statement goes on to say. 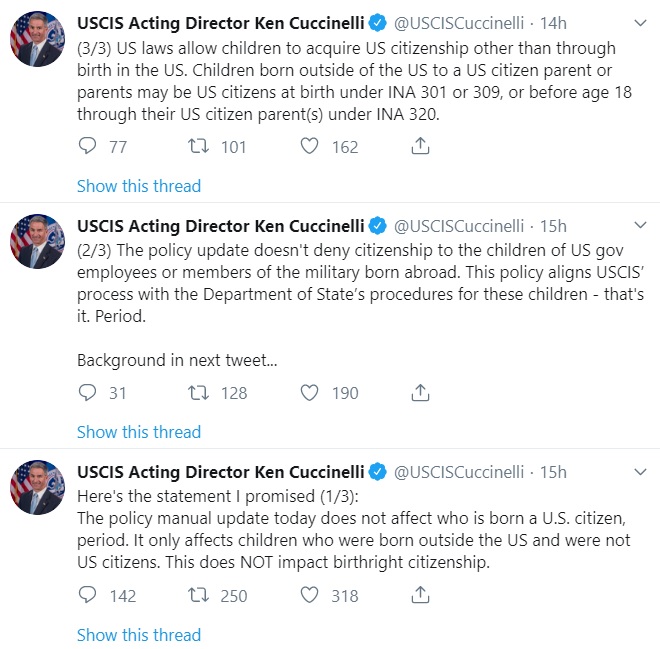 Cristobal Ramon, a senior policy analyst at the Bipartisan Policy Center, was quoted by the CNN network as saying that whereas before citizenship would have been automatic for the children in question, provided they met certain requirements, now their parents will have to apply for it for them.

"Forcing [U.S. services employees living overseas] to go though bureaucratic hurdles for no apparent reason, just to get their children naturalized as American citizens, does a great disservice to people who have dedicated their lives to serving their country," Eric Rubin, president of the American Foreign Service Association, said.

"Frankly, it is hard to explain and deeply worrying."

Acting USCIS director Ken Cuccinelli sought to calm concerns, tweeting that the change "only affects children who were born outside the U.S. and [who were] not U.S. citizens. This does NOT impact birthright citzenship.

"This policy update doesn't deny citizenship to the children of U.S. gov employees or members of the military born abroad. This policy aligns USCIS' process with the Department of State's procedures for these children – that's it. Period."

More in this category: « U.S. Citizenship and Immigration Services to close all but seven of its overseas offices Dutch banking ass'n uses website video to urge 'accidental American' account-holders to get SS#s »