One of the U.K.'s better-known international property experts has posted an animated video on YouTube that aims to help people avoid "legal pitfalls and bad property investments when buying an overseas property".

The less-than-two-minute video, which may be seen here (and from which the above image was taken), was posted some weeks ago, international property expert and mortgage broker Simon Conn said.

He said he posted the video because he thought it would help drive home a few key points that international property buyers too often fail to take onboard on conventional communications, amid all the emotion and excitement of buying a home in a foreign country.

In addition to YouTube, the video is also available on the home page of the property expert's website. 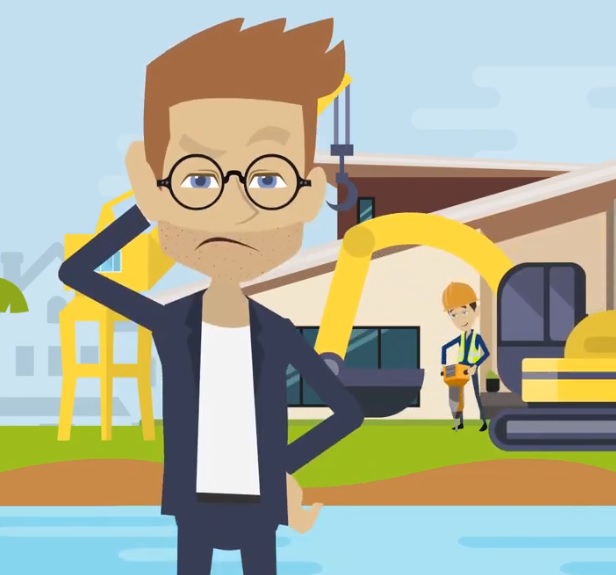 Entitled "Top 3 tips for buying a property abroad", the video features a designer-stubbled, T-shirt wearing young man (pictured left), who is seen going through the stages of learning about the best ways to buy a property overseas.

Among the recommendations he, and viewers of the video, are given, is that they "should always seek legal advice from a lawyer, who is independent from everyone else involved in the deal...including the seller, developer, and the estate agents."

This lawyer should also be "fluent in both English and the local language," and "understand property law in the country where you’re buying, plus how it relates to non-residents."

Buyers are also urged to make sure that "the price you’re paying is correct" and, if it's new, that it has "been constructed properly, with all the correct licenses."

Conn's advice comes in the wake of a steady stream, going back decades, of investors – typically but not exclusively from the U.K. and other developed countries – getting caught out by investments in overseas properties that turned out to be ill-advised at best, and sometimes emerged to have been scams or Ponzi schemes.

Among the worst of these cases was that of the alleged mis-selling of Swiss franc morgages to investors in Cyprus properties around 2007. As many as 1,000 or more British investors were persuaded to take out Swiss franc mortgages to buy Cyprus properties, on the grounds that the currency was seen as stable and the interest rates low relative to those of other currencies, including the pound.

After the financial crisis caused the value of the Swiss currency to soar relative to the pound, and banks to raise their rates, many of these investors saw their monthly mortgage repayments soar, even as the value of their properties fell steadily – in some cases to as little as half what these properties were said to be worth when the investors purchased them.

The animation firm behind the video is a British studio called Zanimation.

More in this category: « Dutch banking ass'n uses website video to urge 'accidental American' account-holders to get SS#s Expat Insider Survey: Cross-section of expats ranks U.S. 47th out of 64 destinations in which to be a resident foreigner »