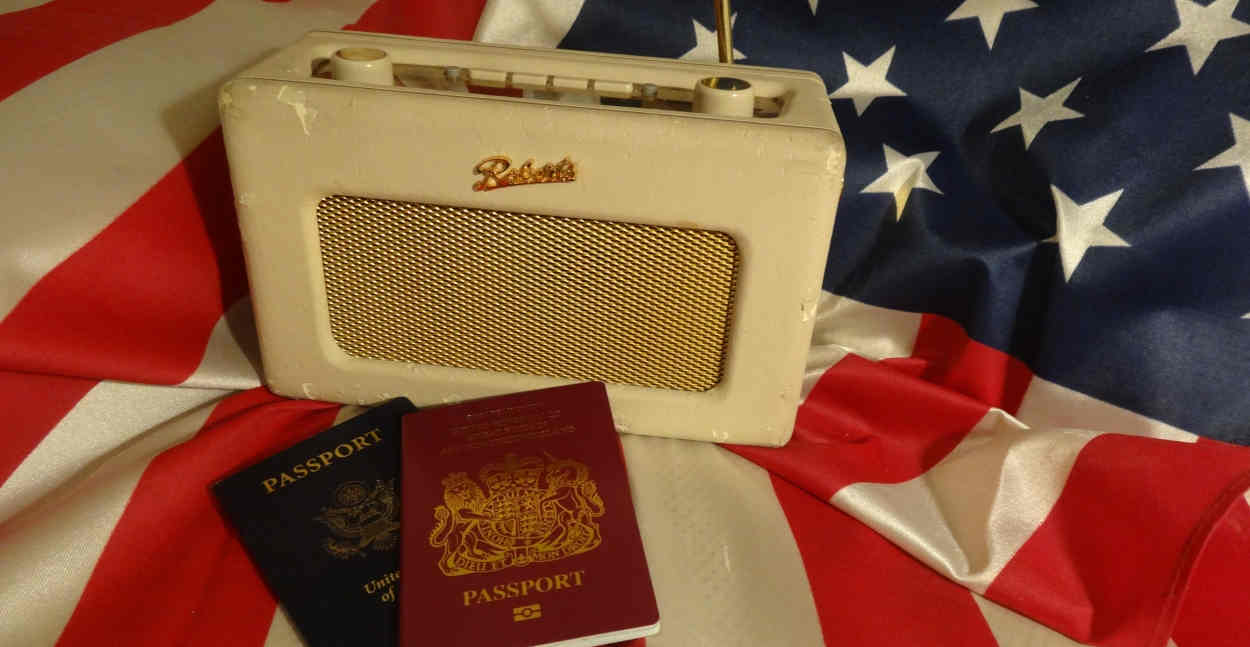 A British woman who was born in the UK and who has never lived or worked in the States described her battle with the U.S. over its determination to tax her, as an "accidental American," in powerful language on a much-listened-to BBC radio news show.

In the six minute segment on the phenomenon of "accidental Americans", the woman, identified only as "Christine", said she had been made to feel "a traitor" for "rejecting" the U.S., even though "I was born in London...and never lived in [or] worked in America".

Because her father was American, the mother-of-five told BBC Radio presenter Andrew Bomford, she is considered to be one too, and was expected to file a tax return every year for the rest of her life, unless she renounced her citizenship, which she apparently has just done.

"It's very brutal, and unfair," the woman called Christine went on, adding that the system made someone like her "a tax slave for life".

"In their eyes, I'm a traitor, who [was] born an American, and rejected them [as a result of living in] a foreign country where I've made social ties, opened bank accounts...They're treating me like a criminal."

The broadcast aired on the BBC's hour-long PM program, between 5pm and 6pm, and remains available to listen to online for the next 29 days here.  (The segment featuring Christine begins around 20 minutes into the broadcast.)

Because of the prominence of the broadcast, it's likely to prompt other media organizations to cover the story, campaigners for expat American organizations in the UK and in Europe told the American Expat Financial News Journal this evening.

They pointed to a Guardian newspaper story  on accidental Americans that was published in August which, as reported here, prompted a number of other media organizations to follow up with similar stories, and in fact might have helped to inspire tonight's BBC radio coverage.

The issue of accidental Americans has been receiving growing publicity in part as a result of the fact that until recently, as reported, non-U.S. banks and financial institutions had been telling their American clients that they needed to provide their U.S. Social Security numbers or similar Tax Information Number if they were to avoid having their bank accounts frozen or closed at the end of the year.

Also calling attention to the problems facing "accidentals" has been the Paris-based Accidental Americans Association, headed by Fabien Lehagre, who has been bringing the issue to the attention of France's lawmakers as well as European and English-language media organizations for the past four years.

Bomford began his interview with the accidental American by noting that although many people "might be pleased that, in addition to their British citizenship, they also have an automatic right to live and work in America," Christine actually seemed far from pleased, with the reason suggested by "a big pile of documents" she'd accumulated as a result of her "long struggle with the U.S. authorities over tax".

Asked to explain why she felt like a "tax slave", Christine said that after the U.S. said she owed "a lot of money" in tax, she became "very very angry" and felt "totally powerless".

"I can’t vote there, I’ve got no representation; and it [the tax obligation] is a burden, you have to go through this procedure every single year, for the rest of your life," she said.

After explaining how what are now known as accidental Americans never used to have problems before the 2010 U.S. law known as FATCA came into force – resulting in "people like Christine slipping into a net designed to catch money launderers" – Bomford interviewed another accidental American, this one also British but living in Germany.

She too had renounced her American citizenship, but in the process, ended up paying "around £15,000," even though she "owed no tax" to the U.S. – begging the question, she concluded, as to "what the U.S. gains from this".

Bomford ended his piece with an interview with Preet Kaur Gill, a Labour Party MP who, as reported, has raised the issue of Britain's accidental Americans with various UK government officials, on behalf of at least one accidental American constituent -- including then-Chancellor Philip Hammond last December; Conservative MP Mel Stride; and most recently, Prime Minister Boris Johnson, who famously was an accidental American himself until he renounced his own citizenship in 2016.

Tonight, she told Bomford that the British government "should absolutely be doing a lot more" than it is, and that the responses she'd received thus far from the government "didn’t actually say 'we’ve written to officials in the United States and this is the response'," but instead, had been more along the lines of "'well, we will continue to have that conversation’”.

More in this category: « USCIS closes Athens office; date for London office closure ‘not yet announced’ Charles Schwab telling clients in UK, Europe their accounts must move or be transferred by year’s end »