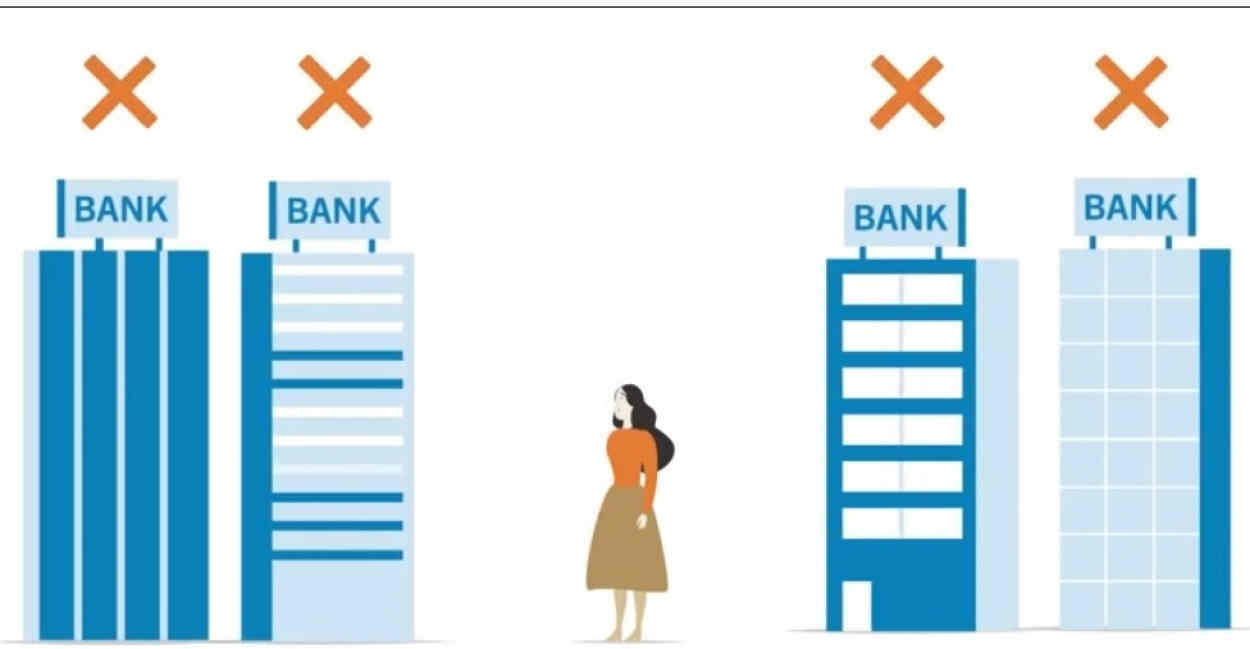 Image from Dutch Banking Association video earlier this year, urging Americans to get their SS numbers

"Dozens" of customers of Dutch banks have come forward to report that their bank accounts in the country have been frozen, and banking services otherwise being denied to them, because they are considered to be American and yet have failed to provide the banks with their U.S. "tax information numbers" (TINs), according to reports out of the Netherlands.

Daan Durlacher, the founder of the Netherlands-based Americans Overseas organization, told the American Expat Financial News Journal that a number of banks had  confirmed to Dutch media that they had indeed begun to freeze the accounts, as they sought to comply with the U.S. law known as FATCA (Foreign Account Tax Compliance Act), which has had a Dec. 31, 2019 deadline for banks to provide U.S. officials with the TINs of all their U.S. clients – after which the banks would, in theory, face potential financial sanctions.

Among the banks that have confirmed it was doing this, he said, was ABN AMRO, the major Dutch bank. Rabobank is also said to have frozen accounts.

A spokesperson for ABN AMRO confirmed that it had temporarily made it "not possible to do transfers to, or from" the bank accounts of a "small group" of its clients.

But the spokesperson stressed that this "temporary measure" had only been put into place after numerous letters to these clients – including five letters 2019 – had failed to result in the provision of the necessary information, and that the goal of the temporary measure was simply to "get in touch" with these clients and collect "the relevant information...which the bank is obligated to do under FATCA".

"This legislation has been in place for years already," the spokesperson noted. "A large group of clients have reacted by now."

The requirement to provide the information about those of its clients with American reporting obligations, the spokesperson said, was "based on this treaty [FATCA] between the Dutch and American government[s]".

One of the media organizations that has covered the story of the frozen bank accounts has been the Nederlandse Omroep Stichting (NOS) television network. A report on its website three days ago quoted an accidental American named Ronald Ariës as saying that he had filed a lawsuit against his bank over the matter, and that he believed that the Dutch Ministry of Finance should tell the Americans that they should leave him alone.

"I can't stand injustice and that's exactly what this is," Ariës is quoted  by NOS as saying.

An IRS official said on Wednesday evening that the organization had no comment on the reports of American bank accounts in the Netherlands being frozen. The U.S. Treasury's press office didn't reply to an emailed request for comment. 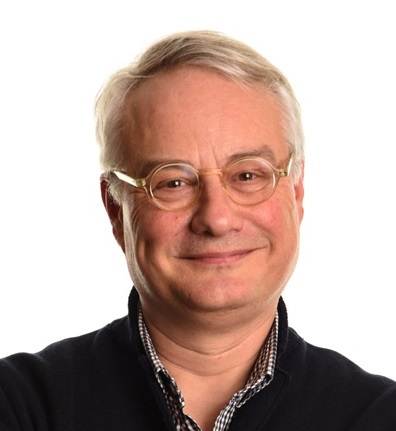 The American Overseas's Durlacher said that his organization, which he founded five years ago to lobby on behalf of American expats and accidental Americans resident in the Netherlands and elsewhere in Europe, has agreed to officially collect information on those who are struggling with frozen and closed bank accounts resulting from their lack of the necessary TINs or Social Security numbers, on behalf of the Dutch Parliament.

"People can also send us their complaints and experiences," Durlacher, pictured left, added.

He said the organization had begun getting reports of accounts being frozen by Dutch banks "on a daily basis for the last three or four weeks," before which time there had "previously only been threats of pending closures".

"We are also hearing of banks refusing to open new accounts without a Social Security number or to provide new loans," he added.

"Typically it is taking a few days for the banks to confirm that the reason the accounts have been frozen is because they haven't provided a TIN.

"We had one guy who said he had had to work a late shift, and found himself having to put gas in his car at 4 a.m., only to discover, after he did so, that his debit card wouldn't work, because his account was frozen owing to his failure to provide a Social Security number to the bank."

Durlacher, who was himself born in the Netherlands and didn't realize he was considered by the U.S. to be an American citizen until a bank five years ago told him that that he was – as were all of his five siblings  – appears to share Ariës's sense of injustice, on the grounds that the U.S. has known "for five years that they made a mistake in the way they have arranged for the enforcement of FATCA, and have done nothing to fix it".

"When you make a mistake, you fix it," he added, before making a case for the U.S. to "at least" agree to allow a "same-country exemption" to the FATCA TIN information requirements for those who have bank accounts in the country in which they currently live and pay tax. Equally, countries need to stand up for their own citizens, instead of just saying, 'Oh, well, this is a U.S. law, nothing we can do about it'."

As this and other media organizations have been reporting, the U.S. has quietly made it clear  that financial institutions "would have at least 18 months from the date of the notification of noncompliance [to the FATCA TIN requirements by the IRS] to correct the TIN error before the IRS took any other further action". It did this in the form of tweaks to a list of frequently-asked questions about FATCA on its website.

On Dec. 31, as reported, French Finance Minister Bruno Le Maire even made a point of sending a three-page letter to French Banking Federation president Frédéric Oudéa in which he sought to reassure any of France's banks that were concerned about the possible consequences of having bank accounts of Americans whose TINs they lacked.

In September, also as reported,  Dutch tax minister Menno Snel was among the earliest officials to flag up the fact repercussions for financial institutions that continued to have active accounts of so-called "accidental American" bank account-holders who lacked U.S. TINs and Social Security numbers could be delayed by as long as several years, citing as his source U.S. tax authorities.

Nevertheless, in what might now be seen as a sign that accidental Americans resident in the Netherlands who lacked the necessary TINs could be in for a hard time in the months ahead, the Dutch Banking Association posted an animated video on the home page of its website during the summer, in which it warned such individuals of their urgent need to get their U.S. Social Security numbers if they didn't wish to lose their Dutch bank accounts before the end of the year.

In that video, which may be seen here, and from which the above image has been taken, the Nederlandse Vereniging van Banken (NVB) explained clearly, in both English and Dutch, how Americans living in the Netherlands who lacked a Social Security number could apply for one at the U.S. Embassy.

The video may also be viewed on YouTube, where it is said to have been posted on May 8.

"Geboren in de VS? En geen Social Security Number? Kom dan nu in actie!" the NVB video begins, showing the cartoon image of a dark-haired woman superimposed on a white map of the United States, beneath a U.S. flag.

Last month, a report on the BloombergTax.com website quoted David Kautter, assistant secretary for tax policy at the U.S. Treasury, as saying that the government was working on regulations aimed at reducing the asset reporting burden of non-U.S. banks.

Kautter made his comments at an annual converence sponsored by George Washington University law School, the IRS and Treasury in Washington, according to the Dec. 20 BloombergTax piece, which quoted him as saying that "the new regulations are one of the department's highest priorities outside of implementing the 2017 tax law", a reference to President Trump's Tax Cuts and Jobs Act.

FATCA was signed into law in 2010 by President Obama, as an element of a larger piece of legislation called the HIRE Act, and came into force around the world in 2014. It was aimed at making it impossible for Americans to avoid their U.S. tax obligations by taking advantage of overseas bank accounts.

While aimed at wealthy Homeland Americans, it has had severe consequences for Americans of all income groups resident overseas, many of whom didn't realize they were considered to be American citizens, as they had spent most if not all of their lives abroad.

One London-based tax expert, David Treitel of American Tax Returns, said he thought the Dutch banks were aware of the fact that they didn't face an immediate threat of sanctions as a result of FATCA, but were freezing selective accounts in an effort to raise the pressure on those who had been ignoring their requests for their TINs "ahead of 31 Dec. 2020", when, he believes, the need to comply will begin to matter.

His reason for thinking this, he said, was the IRS's list of FAQs.