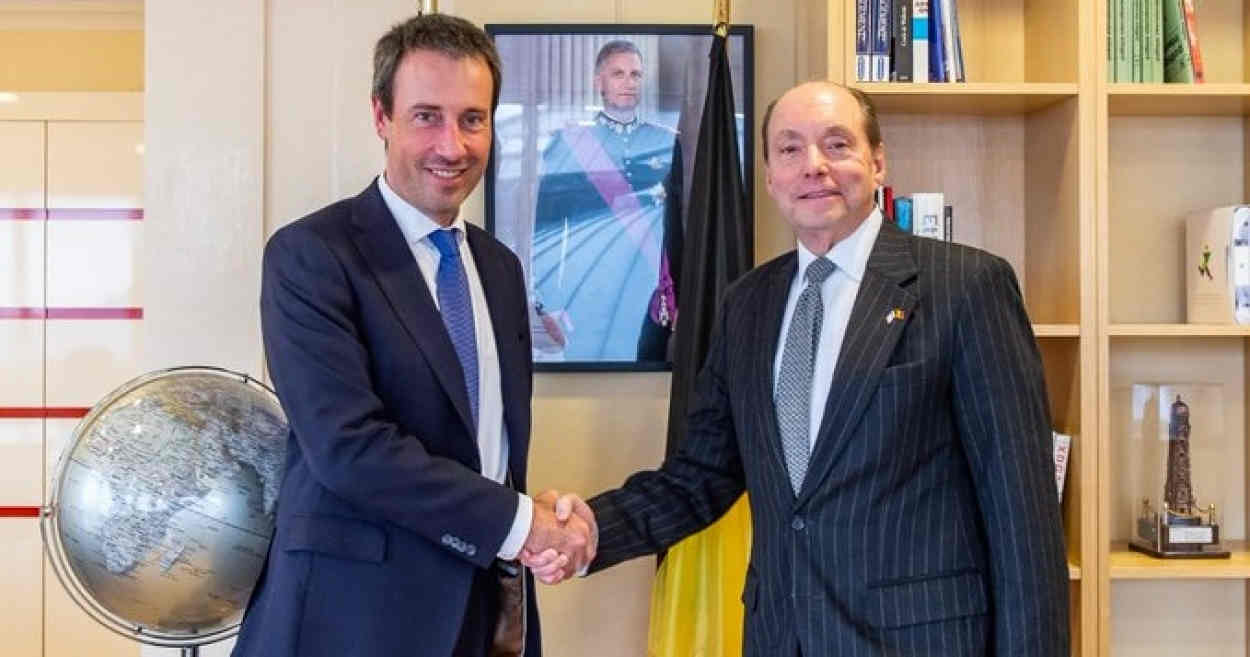 News of what was described as an "échanges francs" (frank exchange) came in the form of a tweet by Goffin last Wednesday morning, which was accompanied by a photograph of him shaking hands with Ambassador Gidwitz (above).

Among the other topics discussed, Goffin said in his tweet, were Iran, Iraq,cybersecurity, domestic politics, and what's known as "pre-clearance" – a type of pre-U.S.-bound flight screening by U.S. border officials that a handful of countries (not yet including Belgium) currently offer.

In French, Goffin said the visit "allowed frank exchanges between friends and allies".

He ended the tweet with two English words: "Forging ties!"

Goffin didn't reply to a request for further information about the meeting, nor did U.S. Embassy staff in Brussels.  The tweet in question may be viewed below. 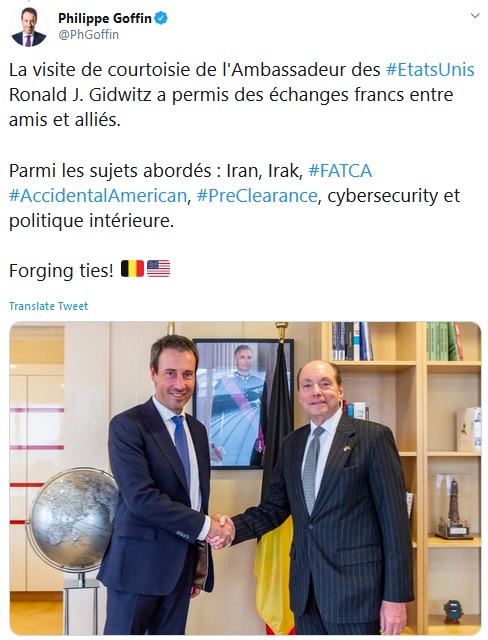 It may also still be viewed as well as on Twitter, by clicking here.

FATCA is a Barack Obama-era tax avoidance/evasion law which has been causing major problems for American expats almost since it was signed into law in 2010, while "accidental Americans" are citizens of other countries who also happen to be considered to be American by the U.S.

As this publication and others have been reporting over the last six months in particular, such "accidentals" have been told that they officially were obliged to provide their non-U.S. banks with "Tax Information Numbers", typically an individual's Social Security number, no later than the end of December 2019, in order for their banks not to be found to be in violation of FATCA, the penalties for are significant.

The issue was flagged up in August by a number of major European media organizations, including the English-language Brussels Times. It noted that "thousands of Belgian nationals" were potentially at risk of losing their bank accounts if they failed to provide the necessary TINs by year's end.

The IRS and a number of European banking and government officials subsequently acknowledged that there would be some time before the U.S. authorities would take action against banks found to still have accounts of American citizens whose TINs they lacked – one report said as long as 18 months.

Nevertheless, as reported here last week, some American dual citizens in the Netherlands have reported having had their Dutch bank accounts frozen, allegedly for having failed to provide their banks with the necessary Tax Information Numbers.