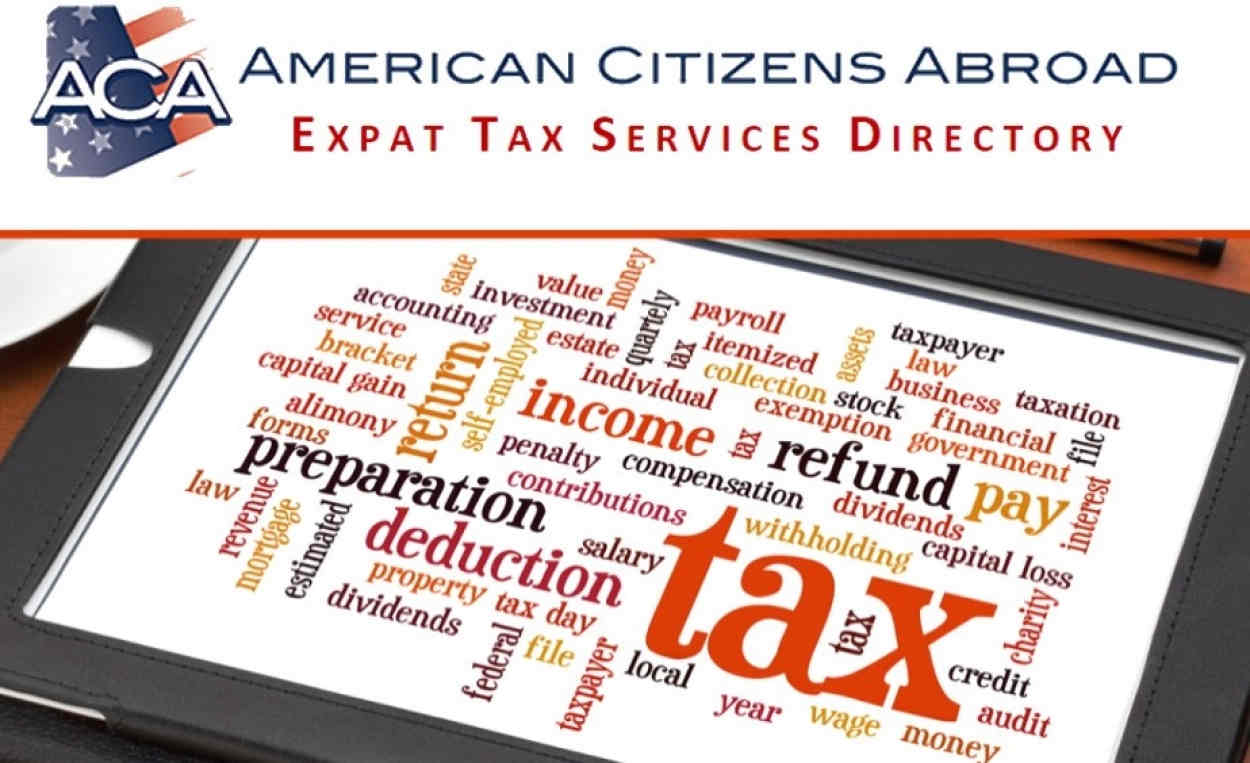 American Citizens Abroad, the non-profit, non-partisan organization based in Rockville, Maryland that exists to help Americans who live overseas, has unveiled its "updated" online Expat Tax Services Directory, almost exactly six months before American expats are expected to have filed their 2019 tax returns.

In a statement accompanying the announcement of  its updated online directory, which may be viewed here, ACA Legal Counsel Charles Bruce explained that American expats look to the organization for help in finding expat professional and tax services.

“Expats want to know who’s out there, who does what, and how to get in touch with them," Bruce, who is also chair of the ACA’s sister organization, the ACA Global Foundation, added.

"They want to be able to learn, shop around and make wise decisions.”

The ACA first began publishing its online directory in 2014, at which point, it says, the directory "quickly became an invaluable tool" for many of the 5.3 million Americans who live overseas that the ACA estimates file U.S. taxes every year.

ACA chairman Jonathan Lachowitz, who is also founder of White Lighthouse Investment Management, based in Lexington, Massachusetts and Lausanne, Switzerland, added that in addition to needing help with their 1040s, Americans also typically look for help with "accounting services, investment advice and various types of legal advice”.

And even if the U.S. were to adopt a residence-based tax regime, like almost all other countries on the planet – which the ACA has long advocated that it do – many expats would still require help with their taxes, for example, with certain investments they might maintain in the U.S., and certain other types of U.S.-source income,  Lachowitz noted.

In addition to including more corporate providers, the new ACA Expat Tax Services Directory includes more sub-categories of tax specialists, which the ACA says will enable those using the directory to "hone in on whatever subject they are interested in".

The Expat Tax Services Directory sits alongside another product the ACA offers American expats – its  State Department Federal Credit Union banking services, which it unveiled in 2015, to help Americans deal with the problem of non-U.S. banks being unwilling to have American citizens as account-holders, owing to the costs and hassles involved in complying with U.S. regulations, notably FATCA.