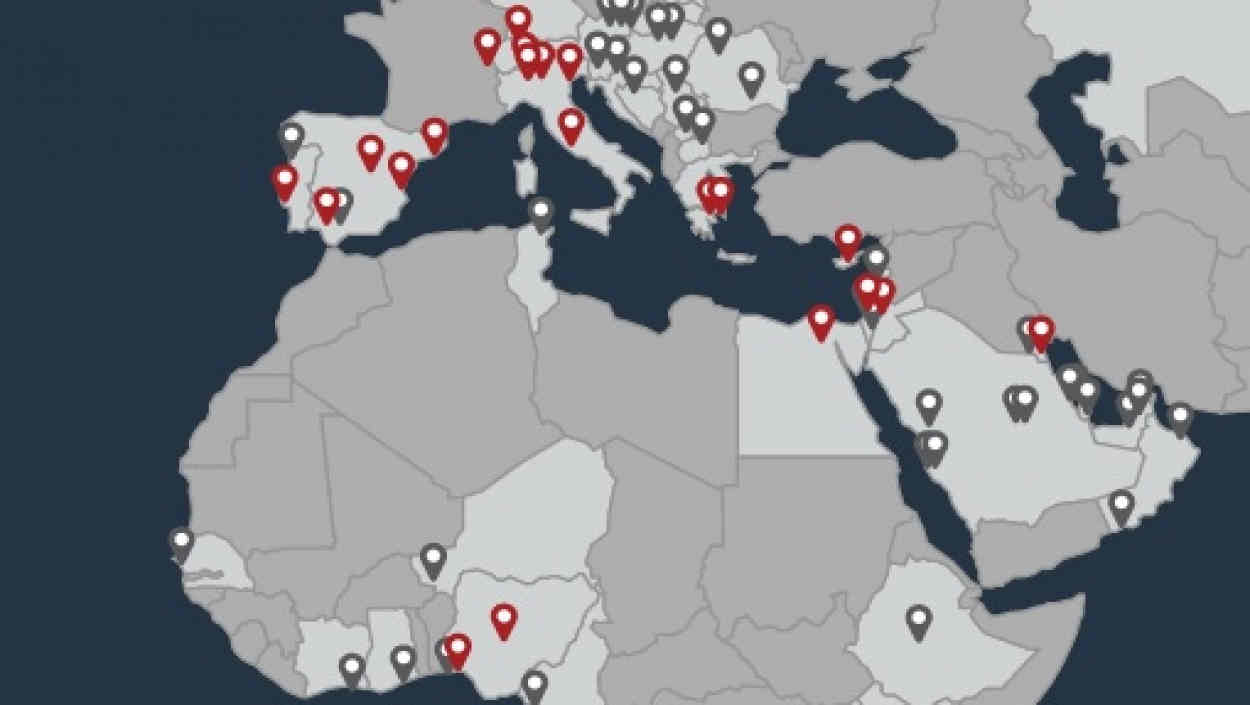 Andersen Global, the San Francisco-based organization of legally-separate tax and legal services firms that evolved out of a part of the now-defunct Arthur Andersen accountancy firm, has signed a collaboration agreement with a Ramallah-based law firm, in a deal that marks the firm’s debut in Palestine while expanding its presence in the Middle East.

The announcement of the deal with Sharp & Beyond comes two weeks after Andersen unveiled a collaboration agreement with a Jelil Bouraoui & Associates in Tunisia, and still another in December, with Niger-based tax firm FCA. Andersen Global now employs almost 5,000 individuals operating out of some 167 locations in more than 50 countries.

Sharp & Beyond was established in 2017, and currently employs four partners and eight legal and investment professionals. The firm is headed up by Suhaib Al-Sharif, who overseas a business that “provides services for both local and international organizations”, Andersen said in a statement on Tuesday.

Andersen Global chairman Mark Vorsatz, pictured left, said the deal with Sharp & Beyond would put Andersen "ahead of the curve" while benefiting it now as well as long-term, "as it builds upon our growth strategy in the Middle East, and positions us for the future".

As reported last year,  Vorsatz and around 23 other ex-Arthur Andersen employees have been building Andersen Global into a global entity almost ever since Arthur Andersen collapsed in 2002, working initially from a small part of the business that survived. That unit started out as a subsidiary of HSBC USA Inc. (known as Wealth & Tax Advisory Services), but over time it became a stand-alone firm, which adopted the Andersen name in 2014.

The company now known as Andersen Global has been built without investment from outside businesses, including private equity firms.  This had been his strategy from the beginning, Vorsatz told The American Expat Financial News Journal last year, along with his goal of trying to re-create what he called the Arthur Andersen culture.

Andersen Global differs from Arthur Andersen in that it doesn't do auditing work, which proved problematic for the original Arthur Andersen and has also recently proved a headache for some of the biggest players that remain in that market.

Also, outside the U.S., many of Andersen Global's offices handle international legal matters – including its recently-announced collaboration partners Sharp & Beyond and Jelil Bouraoui.

The growth of this side of its business reflects a world-wide trend – apart from certain countries, including the U.S. and UK, where it is not, for the moment at least, legal – to combine the two operations as part of a single corporate entity.