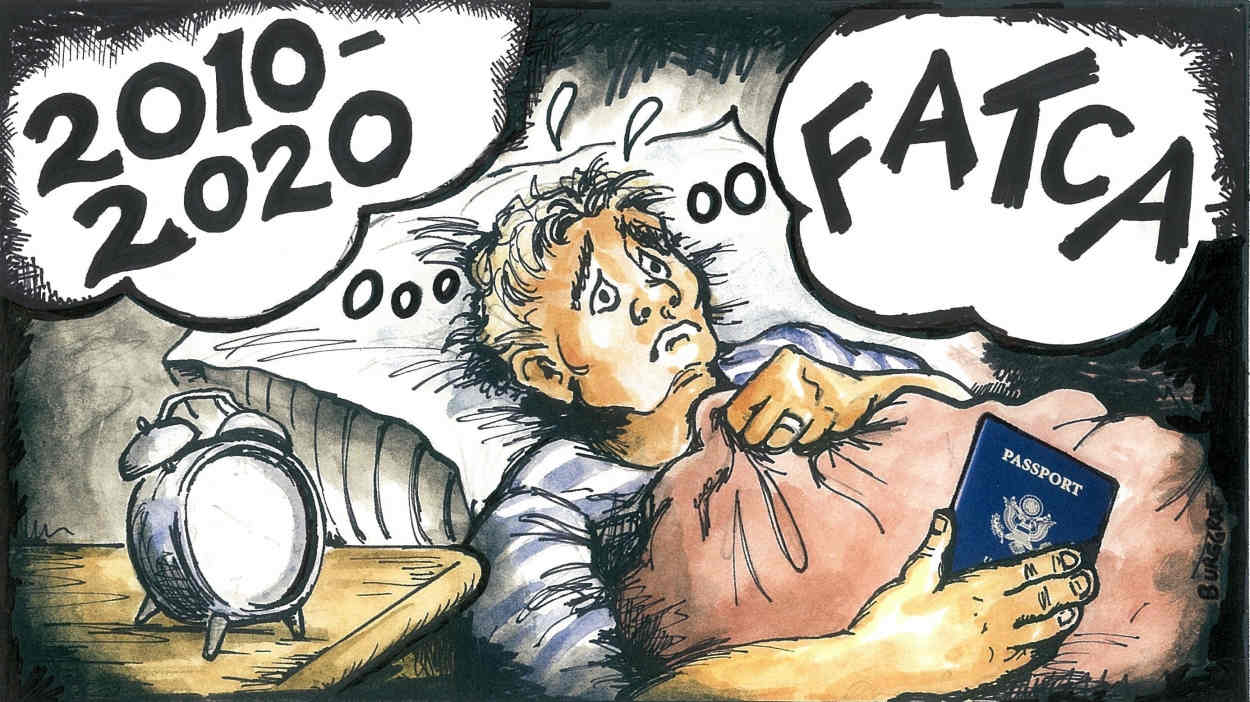 On March 18, 2010, President Obama signed the Foreign Account Tax Compliance Act into law.  Surprising as it might now seem to some, the fact went virtually unnoticed by the world's media, as the legislation was buried deep inside a domestic jobs bill known as The HIRE Act.

"Obama Calls Jobs Bill a First Step" was the headline of the New York Times  website article that day, accompanied by a photograph of the left-handed president signing a document at a desk, surrounded by onlookers gazing smilingly at the page in front of him. The caption said the signing took place during a "ceremony in the Rose Garden of the White House".

One of the few organizations to sound the alarm at the time was Withersworldwide, the London-based, international law group with outposts in 17 cities around the world, including London, Geneva, New York and Hong Kong. In a message to clients before the bill became law, it noted that the un-talked-about provisions having to do with the overseas bank accounts of Americans – essentially an entire earlier piece of legislation known as the Foreign Account Tax Compliance Act, which in turn evolved out of the Stop Tax Haven Abuse Act of 2007, that had been subsumed into the Hiring Incentives to Restore Employment (HIRE) Act of 2010 in order to provide funding for it – would "dramatically affect most non-U.S. financial institutions, funds and collective investment structures as well as many trustees and family offices investing through these entities”.

It added: "The new regulations will give the U.S. Internal Revenue Service (IRS) new tools to find and prosecute U.S. individuals that hide assets overseas”.

In less than two months' time, it will be ten years since that HIRE Act-signing ceremony in the White House Rose Garden, that ushered in a new era of hardship, expense and misery for countless thousands of American expatriates, many of whom continue to suffer as a result of what has to be assumed were the law's unintential consequences, but which little effort has been made to fix.

Indeed, in 2014, when U.S. citizenship renunciations began to soar in response to the new regime, rather than investigating why so many Americans were willing to give up what at that point was still considered to be the world's "Golden Passport", the U.S. raised the renunciation fee by 422%, to US$2,350 from US$450, making it the world's highest such fee.

And yet this didn't even seem to slow the exodus. In 2016 some 5,411 Americans gave up their passports and Green Cards, compared with 1,534 the year FATCA was signed, and just 742 the year before that.

Events to mark the date

The American Expat Financial News Journal understands that a number of organizations are talking about ways they might mark the ten-year anniversary of the signing into law of FATCA.

If you are sponsoring a "FATCA at 10" event you'd like to share with others, do let us know. Contact Helen Burggraf at This email address is being protected from spambots. You need JavaScript enabled to view it., and we'll add it to our events page, as well as including it in a round-up of such events we plan to publish in advance of the day.