Rather, he almost missed it, he told fellow American tax law expert John Richardson, in a just-posted YouTube interview that took place last week in Toronto.

Silver arrived for the interview wearing a face mask, pictured above, in acknowledgement of the widespread concerns about possible Coronavirus transmission, but removed it a few minutes into the one-hour session.

Silver told Richardson he was almost "embarrassed" to admit how incomprehensible he initially found the TCJA regulations – which he noted had been written with "Google and Apple" in mind, rather than small, non-U.S. businesses like his Tel Aviv law firm, and the countless other small businesses owned by American expats around the world that are now struggling to come to terms with them.

Even "after spending, like, 20 hours" studying the regulations, Silver recalled, he was still struggling.

Then, "on page 108, I saw [a reference to] something called the 'Regulatory Flexibility Act'. I didn’t know what that meant, but then I read that it said 'This regulation won’t impact small businesses', and that [Treasury Secretary Steve] Mnuchin had certified that it wouldn’t.

"So I’m looking at this, and I’m saying, 'why would they put that in there, at all, and what is that ‘Regulatory Flexibility Act'?"

As followers of the TCJA and its impact on the expatriate business community will know, it was just some five months later that Silver filed his legal challenge to the legislation in a U.S. District Court in the District of Columbia, arguing that the final version of the TCJA failed to contain a "regulatory flexibility analysis" that is legally required by the Regulatory Flexibility Act, which, Silver had discovered, is a U.S. law that requires federal agencies to review regulations for their impact on small businesses. 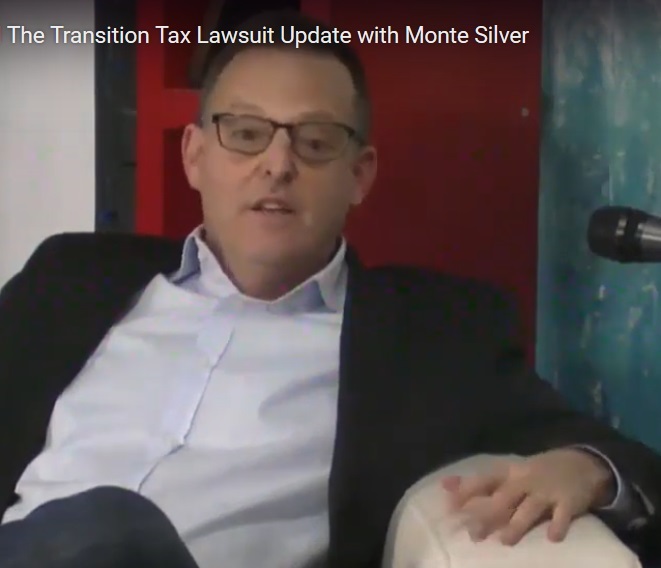 "Rather than attempt to find potential solutions for small businesses with regard to the TCJA as required by law, Defendants [the IRS, the Treasury, IRS commissioner Charles Rettig and Treasury secretary Steven Mnuchin] issued impenetrable regulations on or about January 15, 2019 that impose many unreasonably complicated burdens upon a vast number of small businesses and small business owners" like the plaintiff, Silver argued in his lawsuit.

As reported, Silver then went on to score a partial victory on Christmas Eve in December, after the judge in his case rejected an attempt by the Internal Revenue Service to have his challenge dismissed on grounds that Silver and his fellow plaintiffs "lacked standing" to go ahead with their "potentially precedent-setting" case, which now continues.

To view the Richardson interview of Silver – which coincided with a two-day "U.S. Expat Tax Conference" held on Jan. 30 and 31 in Toronto, at which Silver was among the headline speakers – click here.

Silver and Richardson spoke in front of a logo of the Association of Americans Resident Overseas, a Paris-based organization that, as reported, Silver is in the process of joining as a member of its board and as chairman of its tax committee. Silver discussed the matter of his joining the AARO with Richardson during their talk, and at one point shared with him his newly-printed AARO business card.

More in this category: « Goldman Sachs unable to offer new Marcus wealth offering to American expats in the UK, citing FATCA Coming to Bangkok: 'Everything you ever wanted to know but were afraid to ask (about U.S. taxes)' »