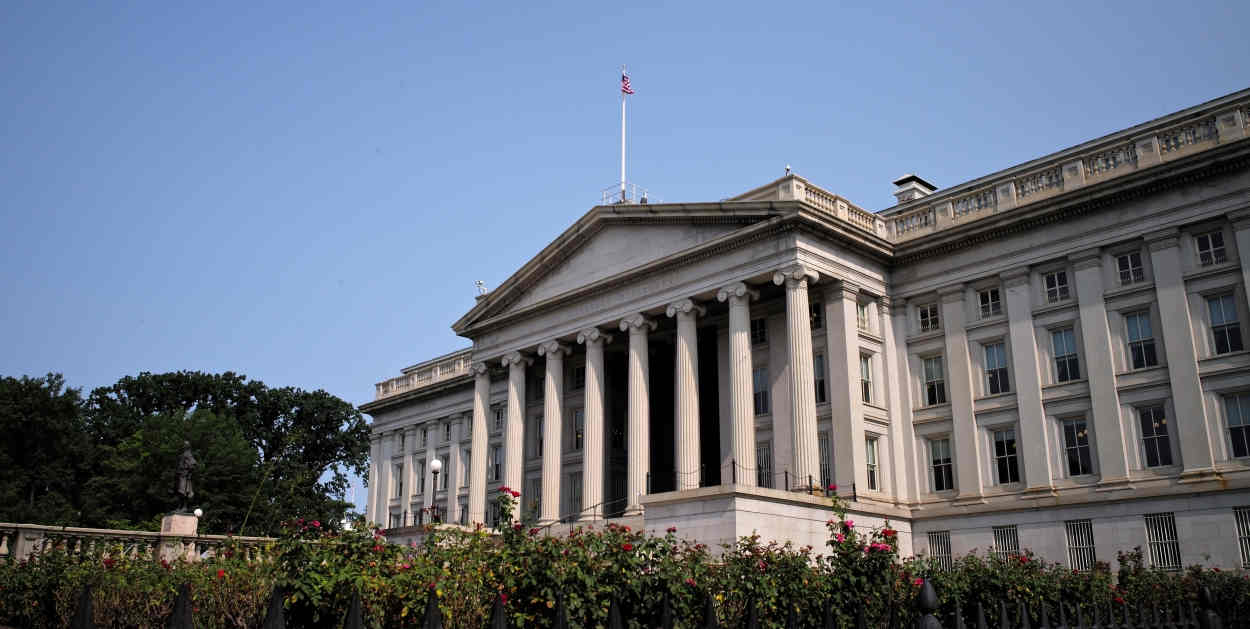 The U.S. Treasury is continuing to maintain its silence with respect to the issues European banks have been struggling with for months over their perceived need to report to the U.S. – under the tax evasion law known as FATCA – government tax information details on certain of their American account-holders that they don't have, European banking sources, expat groups and others report...

This is in spite of the fact that so-called "accidental Americans" in Europe are continuing to have their non-U.S. bank accounts frozen in cases where their banks say they have failed to provide "Tax Information Numbers" (TINs, typically Social Security numbers) as the banks say FATCA requires them to have as of the end of last year, according to sources in the accidental American community.

Even the American Expat Financial News Journal has repeatedly failed to obtain any response at all from the U.S. Treasury on the matter of the frozen accidental Americans' bank accounts, not only from its press office, but from one of the top officials there, whose phone number and email address we were given.

That official, Lafayette 'Chip' Harter, deputy assistant secretary for international affairs in the Office of Tax Policy at the U.S. Department of the Treasury, didn't reply to emails or a voice-mail message seeking a comment as to whether the U.S. plans to take any action with respect to the problem non-U.S. financial institutions, and their accidental American clients, are struggling with as a result of the FATCA TIN requirement.

As this and other publications have been reporting for months, banks in Europe in particular have been struggling because of an EU requirement that they provide bank accounts to all EU citizens who wish to have them – while at the same time facing potentially major sanctions if they are found to be in violation of FATCA.

Until Dec. 31, non-U.S. financial institutions enjoyed a moritorium on that FATCA (Foreign Account Tax Compliance Act) regulation, but now, even though there have been some indications that the U.S. would not rush to enforce the TIN requirement, many banks are reluctant to take any chances.

This is in spite of the fact that European and governmental officials in Europe have repeatedly asked U.S. Treasury Secretary Steve Mnuchin to address the matter once and for all.

European Banking Federation chief executive Wim Mijs, for example, in a Nov. 8 letter copied to European Commission vice president Valdis Dombrovskis, noted that although the U.S. had updated a "Frequently-Asked Questions" portion of the IRS's website, where it addresses FATCA issues, this left banks with "a significant concern" as to the "legally-binding nature of the FAQ, and the ability of our members to rely on this form of non-binding guidance".

"Therefore, we would like to request that the Internal Revenue Service issues a formal notice incorporating the language of...the FATCA FAQ website, which would guarantee legal certainty and enforcement".

Thus far, no such legally-binding statement has been issued, EBF officials say.

The EBF, which represents 3,500 banks across Europe, estimates that there are as many as 135,000 accidental Americans in Europe. As reported, last February Mijs wrote to a number of U.S. Treasury officials, citing the difficulty his member banks were having with FATCA, which he said was forcing them to choose between "continuing' to provide financial services, including basic banking services" to European citizens who also happened to be considered U.S. citizens by the U.S. government, but who lacked TINs, "or stop doing so".

It was, Mijs added, a topic that had also been "the subject of several previous letters".

One move on the U.S.'s part was to introduce what it called new "Relief Procedures for Certain Former Citizens" in September, apparently to enable mostly accidental Americans who have relinquished their U.S. citizenships, or who are hoping to, the chance to easily and cheaply enter into U.S. tax compliance.

Exact numbers of those currently affected by the freezing of accounts by non-U.S. banks aren't known, and even in the accidental American community, there are differences as to how widespread the problem actually is.

Among those who say its fairly widespread is Daan Durlacher, the Netherlands-born, U.S.-citizen founder of Americans Overseas, which – controversially to some in the accidental American campaigning community – helps some accidentals to "come into compliance" with the U.S., either by becoming U.S. citizens or in order to formally renounce, in addition, he says, to advising those who simply need help in understanding or dealing with their FATCA issues.

Durlacher says he is continuing to see new cases every day, sometimes as many as 10, with a leveling off in those coming from the Netherlands, and more coming from such countries as Belgium, Italy, Germany and France, with Germany now setting the pace.

One reason he believes the numbers in the Netherlands are leveling off is because the U.S. consulate there is making a concerted effort to "get the waiting list for people looking to renounce down", by handling as many cases as possible, even handling as many as two dozen or more would-be renunciants at once.

As reported, among the Dutch banks that have reportedly been freezing American accounts have been ABN AMRO and Rabobank.

Spokespeople for another Dutch accidental Americans group, the Nederlandse Accidental Americans (NLAA) said that if the numbers of accidental Americans in Holland whose bank accounts are frozen has dropped, it could be because of behind-the-scenes action by Dutch lawmakers – or because what they call the "blackmail" of such Americans by the U.S. was working, and in addition to many who are renouncing their citizenships, some accidentals are being forced to become fully-compliant U.S. citizens against their will, in order to be able to access their bank accounts in the countries in which they currently live and are citizens of.

They and Durlacher said that they had been working with a number of members of the Dutch Parliament to put together a list of questions, ahead of a planned debate that will take place at some point – no date has been set – in the Dutch House of Representatives, involving Dutch Finance Minister Wopke Hoekstra.

As reported here last week, frustration over the hassles and expense that American expatriates endure because of FATCA, the States' unique citizenship-based tax regime and other issues has erupted for the first time in the United Arab Emirates, where an article on the website of a major Gulf news outlet, Arabian Business, reported that such expats were calling for "reform of tax rules" affecting them.

Until now, anti-FATCA efforts have tended to come mainly from Canada and certain European countries, although there was a concerted push-back in Israel some years ago which got as far as the Israeli Supreme Court.

"American expats from both sides of the U.S. political spectrum are calling for an end to laws that mean they have to report and pay U.S. taxes on money earned abroad, with Democrats and Republicans alike calling for the practice to be abolished," the Arabian Business article said, before going on to explain how FATCA, coupled with the U.S.'s system of citizen-based taxation, results in millions of Americans who live overseas being "unable to avoid paying taxes both to their country of residence and to the U.S."

This week, FixtheTaxTreaty.org, an Australian website run since 2016 by American expats living Down Under and elsewhere who have been impacted by U.S. tax regulations, is reporting that an Australian MP for a district of Adelaide, on the west coast of South Australia, has submitted a question to the country's Treasurer on the subject of the way the current U.S.-Australia tax treaty has been set up, and in particular, the way Australian citizens resident in Australia and subject to Australian taxation, who also happen to be considered "U.S. persons", are taxed.

To see the reference to MP Rebekha Sharkie's "Questions in Writing" on the FixtheTaxTreaty.org's website, click here.

The article on that website ends with a downbeat report by one former accidental  and recently-renounced American, who details his apparently unexpectedly-expensive experience of coming into compliance in order to renounce.

After spending "the past 18 months sorting out my U.S. tax obligations and renouncing my citizenship," he says, he ended up not only paying for expert help in preparing the required last five years of IRS returns, but then "paying more tax to the U.S. for these [five] years than I’ve paid here in Australia, where I’ve been a citizen and permanent resident for the past 30 years".

He added: "I would not recommend this route to [other] American citizens resident here unless they are up-to-date with their taxes and are suitably cashed up."

More in this category: « Coming to Bangkok: 'Everything you ever wanted to know but were afraid to ask (about U.S. taxes)' AmCham China posts coronavirus 'member portal' on website »