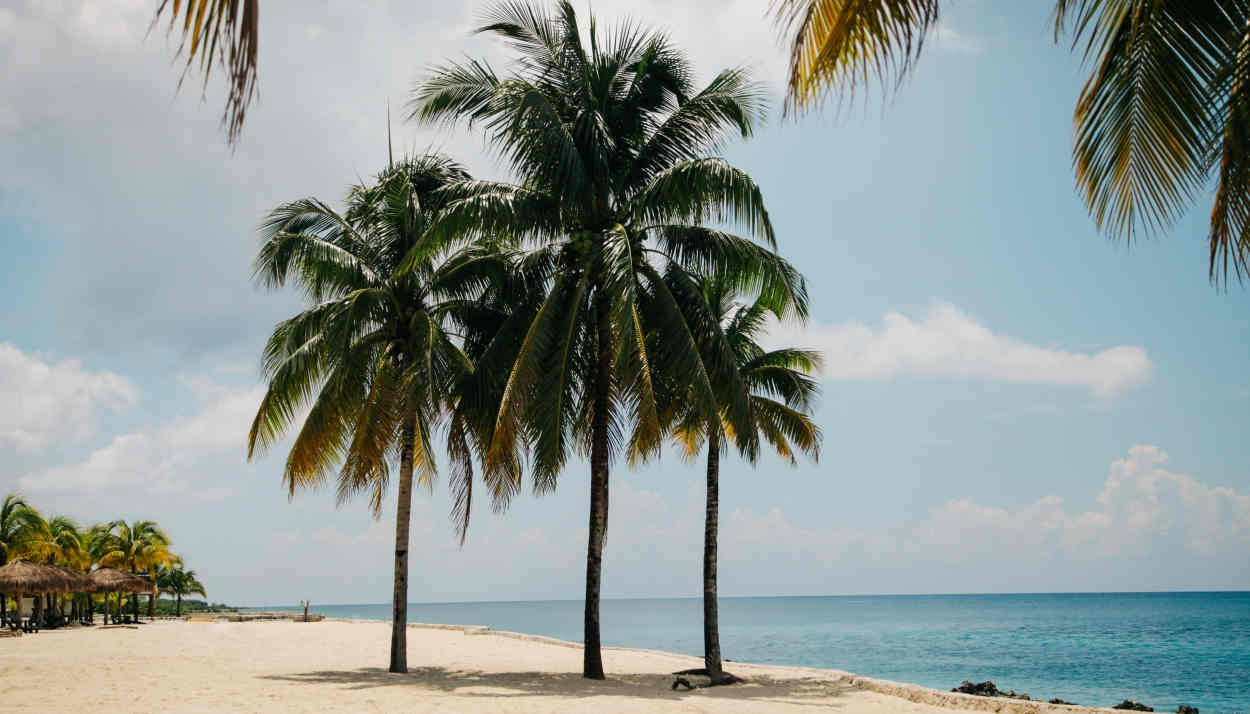 The U.S. has overtaken Switzerland in the London-based Tax Justice Network's "Financial Secrecy Index", published today, but the top spot this year has been awarded to the Cayman Islands.

This year represents the first since 2011 when Switzerland didn't rank at the top of its list, the TJN points out.

In a separate 12-page report that considers the U.S.'s financial secrecy situation specifically, the TJN notes that although America has "pioneered powerful ways to defend itself against foreign tax havens, it has not seriously addressed its own role in attracting illicit financial flows and supporting tax evasion", as elites from other countries increasingly have been using it "as a bolt-hole for looted wealth".

This separate report on the U.S. recalls the early days of FATCA, when that law, and its global counterpart – the OECD's Common Reporting Standard – were still in the planning stages, and the U.S. at first seemed as though it might go along with the idea of a global automatic information exchange program, which is what the CRS is.

But "after initially agreeing to multilateral information exchange" with the rest of the world, "the US made a rapid U-turn,  and has since refused to provide information to most other jurisdictions – despite continuing to insist, with menaces, on receiving information from others," the TJN report notes.

This approach, it continues, "leaves the US responsible for what it not so much a crack as a chasm in the international system of efforts to crack down on tax evasion, money laundering and financial crime."

According to the TJN, financial secrecy around the world has otherwise been decreasing as a result of recent transparency reforms, with the 133 countries on the list having actually reduced their contribution to global financial secrecy by an average of 7% over the two years since the organization last published its report.

"With Switzerland finally improving enough to move off the top of the index, an Anglo-American axis of secrecy now constitutes by far the greatest global threat of corruption and tax abuse," the TJN said, in a statement summarizing its findings. 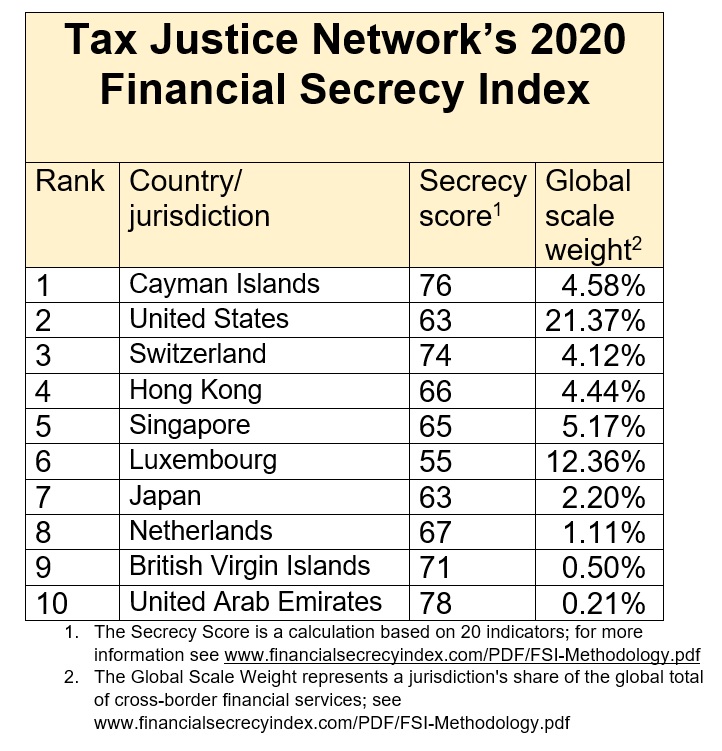 It added that it was "calling on policymakers to prioritize sanctions against these backsliders".

The TJN research examines how much the various countries’ legal and financial systems allow for the hiding of wealth by studying their money-laundering laws, reporting controls and the amount of financial activity reported to be taking place within their borders.

The TJN researchers do this in part by allocating grades to each country’s legal and financial system, with a scoring system which rates full transparency as a zero out of 100, and a score of 100 out of 100 would be equal to "full secrecy".

This secrecy score is then combined with the volume of financial activity conducted in each country by non-residents, in order to arrive at a determination as to how much financial secrecy is supplied to the world by the country in question.

The TJN stresses that a higher rank on the index "does not necessarily mean a jurisdiction is more secretive, but rather that [it] plays a bigger role globally in enabling secretive banking, anonymous shell company ownership, anonymous real estate ownership or other forms of financial secrecy" than those jurisdictions that rank beneath it.

To see the TJN's 2020 Financial Secrecy Index, and find links to the data behind it and other related materials, click here.

Tax Justice Network was founded in in 2003 by John Christensen, who remains involved with the organization as a director.

In a separate development, also today, the European Union unexpectedly added four countries and jurisdictions to its previously-announced "blacklist" of tax havens, one of which was the Cayman Islands.

The other three jurisdictions added to the list were Palau, Panama and the Seychelles. According to an EU statement issued this morning, the EU finance ministers decided to add these countries because they "did not implement the tax reforms to which they had committed by the agreed deadline".

Although some observers have speculated that the U.S. might one day make this list, officially referred to as "the EU list of non-cooperative jurisdictions for tax purposes",  it's thought that EU officials are reluctant to pick a battle with Washington if they can avoid it, even if the fact that the U.S. is not a signatory to the Common Reporting Standard is becoming increasingly difficult for them to ignore.

Commenting on the Tax Justice Network's Financial Secrecy Index and the EU's tweaks to its blacklist, Fabien Lehagre, founder and head of the Paris-based Association des Américains Accidentels (Accidental Americans Association, or AAA) said he believed that it was the "non-reciprocity of the Foreign Account Tax Compliance Act, which I have been denouncing for several years" that at least partly explained why the U.S. is ranking so high in the Tax Justice Network's latest league table of financial secrecy.

He added: "I am dismayed that the United States is still not on the European Union's blacklist of tax havens, and that the denunciation of [the FATCA intergovernmental agreements] is still not under consideration."

Also commenting on the TJN's Financial Secrecy Index was Gabriel Zucman, a commissioner at the Independent Commission for the Reform of International Corporate Taxation, and a professor of economics at the University of California at Berkeley.

Said Zucman: "The Financial Secrecy Index is like the Hubble telescope of tracking harmful regulations around the planet, and mapping a trajectory towards a more transparent world. For wealth taxes being debated this election year to be effecitve at tackling historic levels of inequality in the U.S., we must curb financial secrecy.

"But while countries around the world are making progress towards financial transparency, the U.S. seems to be digging its heels in secrecy....

"The U.S. must tackle the financial secrecy taking root in its backyard, in order to tackle inequality at home and abroad."