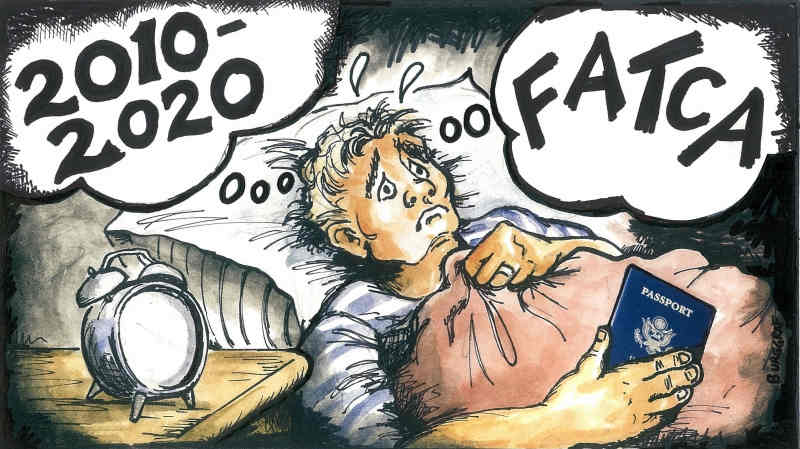 Almost every tax practitioner has his or her own favorite tax quotations; even the IRS has a collection of them on its website, as we noted here last year.

But most of the tax quotes one hears are from another era. It was Benjamin Franklin (1706 - 1790), after all, who observed that, “In this world, nothing can be said to be certain, except death and taxes”...

And Martha Mitchell's novel Gone with the Wind, in which Scarlett O'Hara observes that "Death, taxes and childbirth! There's never any convenient time for any of them!", was published more than 80 years ago.

Even Lord Roy Jenkins’s classic quote about inheritance tax, which he described as “broadly speaking, a voluntary levy paid by those who distrust their heirs more than they dislike the Inland Revenue", is more than 30 years old now.

What's more, none of these quotations addresses the central tax issues of American expatriates in 2020, which have to do with FATCA, FBARs, and life-long obligations to file tax U.S. returns, even if you have lived abroad for most, if not all, of your life.

For this reason, on the tenth anniversary of the signing into law of FATCA, we offer up an exclusive collection of new, post-FATCA tax quotations, for tax aficionados in Expatland, whether tax practioners or just taxpayers.

The following 14 quotations are courtesy of John Richardson, a Toronto-based American lawyer and avid follower of American expat tax and citizenship issues.

Below are some other post-FATCA tax quotes we've come across recently.

If you have any FATCA quotes you'd care to share – and indeed, which you've come up with yourself – please share them with us, preferably today!