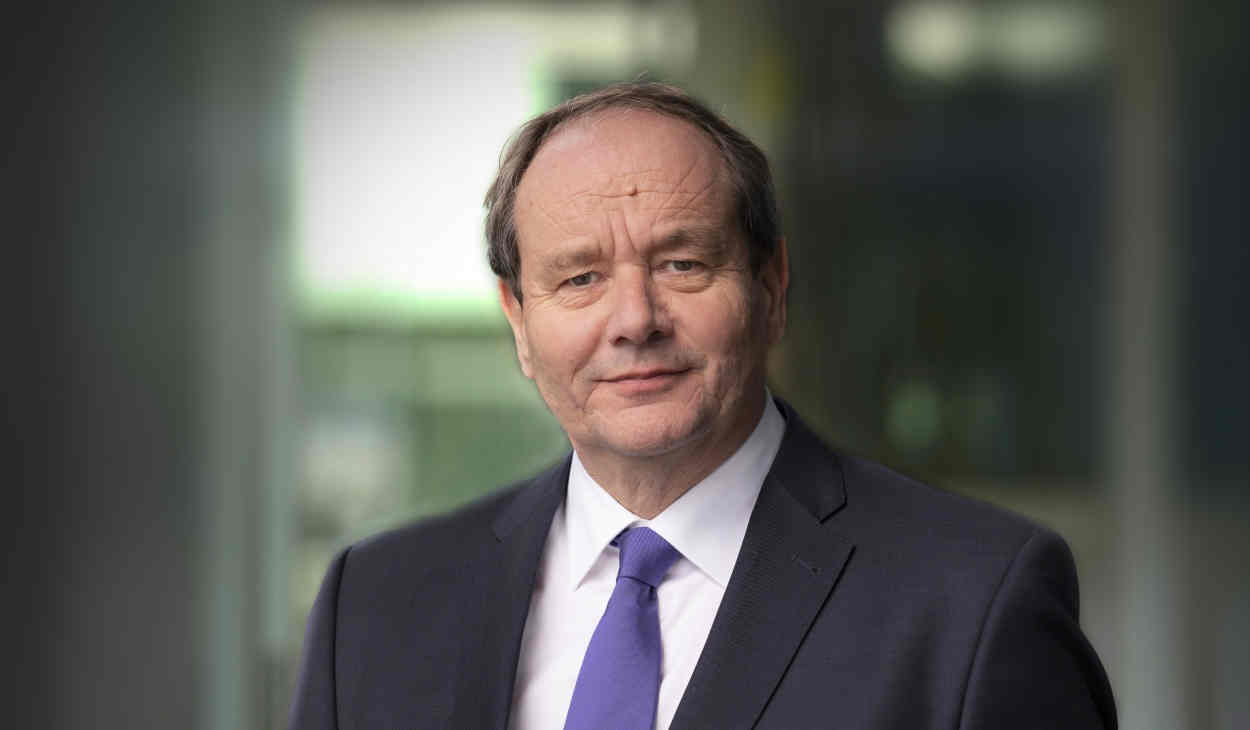 Dutch finance minister Johannes "Hans" Vijlbrief has responded to more than 20 questions posed to him by three Dutch lawmakers last month, on behalf of so-called "accidental Americans" resident in the Netherlands who have been struggling to maintain their Dutch bank accounts, by insisting that it would be "premature for banks to close, block or freeze" the bank accounts of such dual Dutch/American clients now, just because these clients had failed to provide these Dutch banks with a U.S. "Taxpayer Identification Number (typically a Social Security number).

In addition, he noted that those individuals whose accounts totalled US$50,000 or less didn't need to provide their Dutch bank with a TIN at all.

But Vijlbrief's answer to the 25 questions, posted Thursday on the Dutch government's website, was mainly based on the fact, as he explained, that, "as my predecessor [Menno Snel] wrote in the letter to the House of Representatives [on] 15 October 2019, any sanctions from the U.S. will only be in place in the summer of 2023 at the earliest", rather than on a conviction that Dutch banks should not have to provide the U.S. authorities with the TINs of their American citizen clients at all.

Instead, he went into some considerable detail about when banks might insist on TINs, when they might not, and failed to rule out altogether the idea of Dutch financial institutions having to comply at least in some circumstances with the U.S. tax evasion law known as FATCA, which lay behind the requirement for them to provide their dual Dutch/American citizen clients' U.S. TINs and other details.

FATCA was signed into law in 2010, and requires non-U.S. financial institutions around the world to report to the U.S. IRS on the bank accounts held by all of their American account-holders. It finally took effect in 2014, but as early as 2011 it had begun to make life difficult for American expats, particularly those whose U.S. citizenship was due to the fact they were born in the U.S. to non-American parents who soon returned to their own countries, or who otherwise now have almost no ties to the country, and who are reluctant to formalize their U.S. ties merely to be able to keep a bank account in the country in which they now live.

This is because such "accidental" Americans typically lack such information the banks require to make their FATCA reports as their Social Security numbers, because, never having lived in the U.S. or having lived there only as infants, they never obtained one.

Vijlbrief was responding to 25 questions that had been formally put to him by the three Dutch lawmakers on Feb. 20, after a hearing into the Dutch accidental Americans' problems that took place in January.

As reported, that hearing came in response to concerns that had begun to be raised by growing numbers of Dutch citizens who also happened to be considered to be American citizens, many of whom were said at the time to be reporting that their bank accounts had begun being frozen by their Dutch banks, over what the banks were saying were their concerns that they (the banks) might be held liable for FATCA law violations because these clients had failed to provided them with their TINs.

The banks pointed to the fact that under FATCA, as of the end of December, they were legally obliged to begin providing the U.S. with the TINs of their dual U.S./Dutch citizen account-holders, or else they (the banks) would be at risk of being hit with significant sanctions.

Vijlbrief began his 11-page response to the questions posed to him by Dutch Parliamentarians Pieter Omtzigt, Steven Van Weyenberg and Helma Lodders by noting that even though there had been widespread reports in January and February of Dutch "accidentals" having their bank accounts being frozen, owing to their their failure to provide their banks with their TINs, "I understand from the Dutch Banking Association (NVB) that in none of these cases has the account actually been closed, blocked or frozen".

The NVB had also assured him, he said, that "the bank accounts above the threshold amount [of US$50,000] currently concern a maximum of 200 cases in which no TIN or Certificate of Loss of Nationality has yet been received".

The process for giving up one's American citizenship in the Netherlands had also, he said, been made easier and faster.

As reported here in January, a number of banks told Dutch media that they had indeed begun to freeze the accounts of some American account-holders whose TINs they lacked, including ABN AMRO and Rabobank. And a spokesperson for ABN AMRO confirmed to us that it had temporarily made it "not possible to do transfers to, or from" the bank accounts of a "small group" of its clients, while stressing that this "temporary measure" had only been put into place after numerous letters to these clients – including five letters to them in 2019 – had failed to result in the provision of the necessary information.

The goal of the temporary measure of freezing accounts was simply to "get in touch" with these clients and collect "the relevant information...which the bank is obligated to do under FATCA", the spokesperson said.

"The good news is that the [Dutch] Treasury, again, clearly states that banks should not close the accounts of accidental Americans who fail to provide SS numbers or  CLNs [Certificate of Loss of Nationality]," the organization said.

"[It is also welcome news] that [such accidental Americans who are also Dutch citizens] are entitled to a basic bank account, unless they are demonstrably criminal or demonstrably carrying out money-laundering transactions, and that this is all confirmed by both the AFM [Autoriteit Financiële Markten, the Dutch financial services regulator], and the NVB, so KIFID [Klachteninstituut Financiële Dienstverlening, the Dutch financial services complaints tribunal] should also apply this in the statements they make in complaints procedures.

"The bad news is that there is still no progess in finding a solution for the unjust taxation of AA's by the U.S."

The organization went on to say that it was also "certainly not happy" with Vijlbrief's responses to some of the final last five questions he had been sent, which had to do with the broader issues of reporting information to the U.S. on individuals who were resident and citizens of the Netherlands and whose actual U.S. links were historic or hereditary at best, and included one about whether there might be any hope of Dutch accidental Americans being able to "deduct the costs of the proceedings" of renouncing their U.S. citizenships "or any double taxation due in the United States", (the answer to which was basically "no", in situations not covered by the existing U.S./Dutch double-tax agreements).