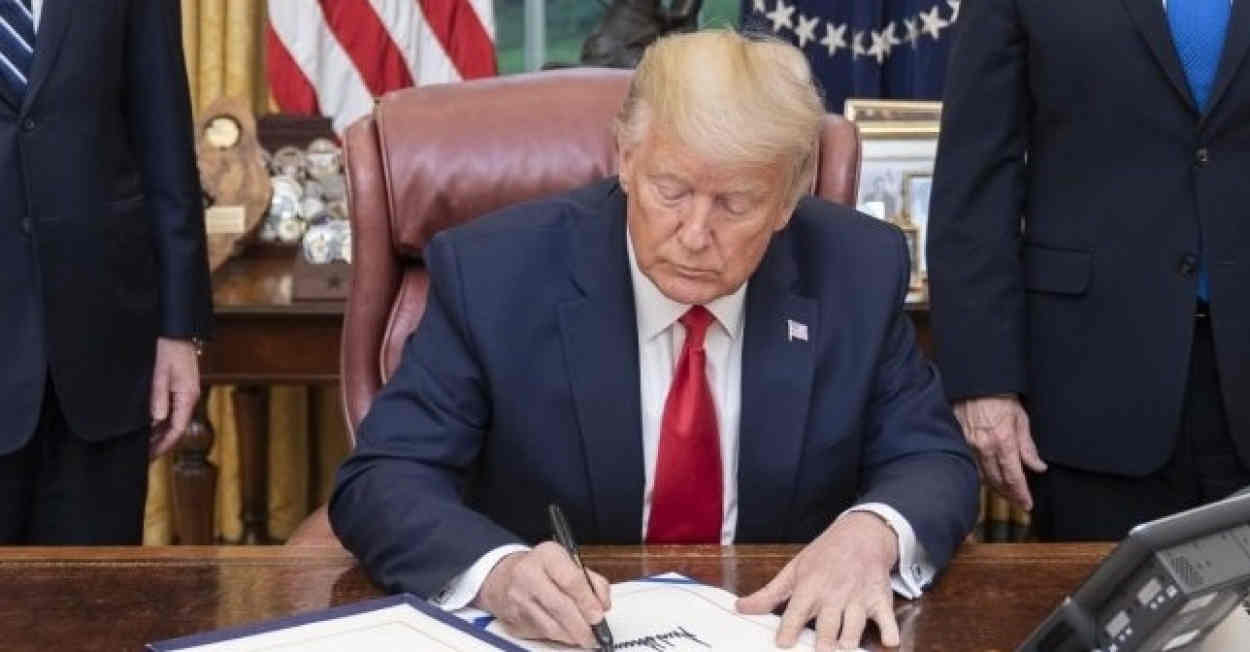 A number of the best-known and most-visible American expat organizations have been mobilizing over the weekend to ensure American expats around the world understand their options for receiving a "Recovery Rebate" from the U.S. government, worth as much as US$1,200 per person, as a result of a US$2trn stimulus package signed into law by President Trump on Friday.

That stimulus package, part of Washington's effort to help the American economy recover from the devastating effects of the global Coronavirus pandemic, makes no distinction between Americans who live abroad and those who live at home, although even experts who have reviewed the hundreds-of-pages-long package say that many implementation details remain to be worked out, according to sources familiar with it.

As reported, there were some concerns that Americans resident outside of the U.S. might not be included in the program, which is why the American Citizens Abroad (ACA) last week made a point of calling on key Congressional lawmakers and Treasury and IRS officials to ensure that this didn't happen. At least one Washington insider, unaffiliated with the ACA, noted that the inclusion of expats in the final wording of the legislation was helped by some "last-minute advocacy", although he didn't give details.

The ACA is now among the organizations that have been coming forward with online explanations of the so-called Coronavirus Aid Relief and Economic Security (CARES) Act, and detailed information about how to go about obtaining it.

The Democrats Abroad is another.

TaxNotes, a tax news website based in Falls Church, Virginia that normally keeps its specialist tax articles and analysis behind a fairly steep paywall, is offering its extensive and ongoing Coronavirus coverage to the public free of charge, at https://www.taxnotes.com/coronavirus-tax-coverage, a move that was praised by one expat advocate to praise the organization's "generosity".

A number of tax specialists have also posted information on their websites, including Taxes for Expats (www.taxesforexpats.com) and www.brighttax.com.

Various media organizations have also stepped forward with lengthy articles on how to access the CARES Act payments, although some, such as an exhaustive piece in the New York Times, were focused more on Homeland Americans than on expats.

What benefits expats can expect to get

According to the various sources listed above, Americans resident abroad who meet the income eligibility criteria set by the CARES Act – adjusted gross income below US$99,000  – are entitled to receive the Recovery Rebate, which is, as mentioned above, US$1,200 per person, plus US$500 per child under the age of 17. Eligible couples may receive US$2,400

Ines Zemelman, founder and president of Taxes for Expats, notes that the amount taxpayers will receive "will depend on their 2019 income" if they've already filed their returns for that year, "or 2018 if not".

"The end amount taxpayers will receive will ultimately depend on their 2020 income," she adds, in a "Federal Stimulus FAQ" on the Taxes for Expats website.

"The figure to look at is the amount of adjusted gross income (Line 8b)," she continues. "If you earned less than the first table (low threshold), you will receive the full amount. The amount is reduced by US$5 for every US$100 exceeding the lower threshold.

"Once you reach the upper threshold (right column), the amount is completely phased out.

"If you have not filed – get in touch with us ASAP to get started."

Those who have no income to declare may "still be eligible for a check" if they "rely solely on non-taxable government benefit programs (such as Supplemental Security Income benefits," Zemelman adds.

Who is eligible for
the CARES Act payout

As for who will be able to claim the pending Coronavirus Recovery Rebates, UNLV Law School professor Lipman says a starting point woud be "all adults who have a valid Social Security number authorizing work, who are not claimed as a dependent on another's tax return (for 2020)."

"One exception to this general rule is if a married couple files jointly, and one of the spouses is a member of the Armed Forces, [in which case] only one of the spouses has to have a valid Social Security number that authorizes work," she adds.

"All children, grandchildren, brothers, sisters, step-brothers, step-sisters, nieces and nephews who live with the adult as a member of their household in the U.S. for more than one-half of the year, and who are under age 17 with a valid Social Security number authorizing work (as of December 31, 2020)" would also qualify, Lipman adds.

She didn't explain how those living abroad with these children, grandchildren, brothers, sisters, nieces and nephews would be affected, if at all.

In its materials aimed at helping expats obtain their CARES Act payments, the ACA notes that a type of checking account that it has been helping Americans resident overseas to obtain since 2016, with the State Department Federal Credit Union (SDFCU), will make it possible for overseas-resident Americans to receive their CARES Act "by direct deposit". Some see this as an advantage, particularly at the moment, due to the fact, as the ACA itself notes, that postal deliveries of checks sent by mail are likely to be "slower and riskier " than during normal times, owing to the global coronavirus shutdown.

The ACA's recently-updated listing of expat tax specialists around the world might also help those who think they could use some help making their case for a CARES Act payment, the ACA points out.