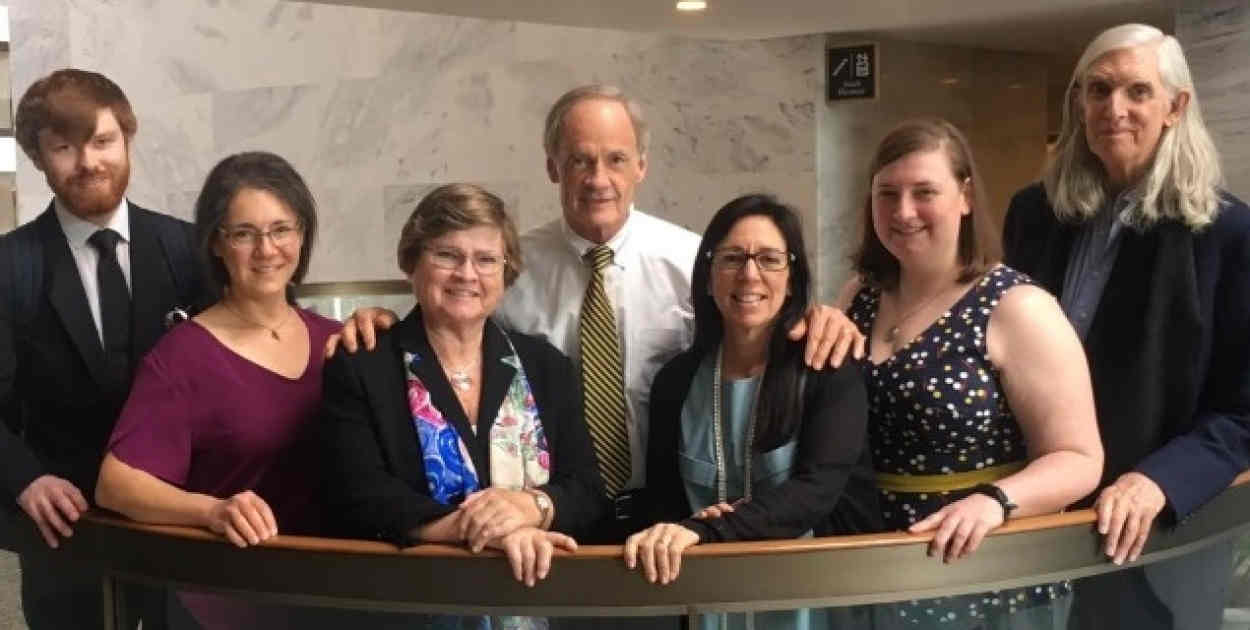 For the second time in less than a month, the Democrats Abroad has written to top officials at the U.S. Treasury Department and IRS, this time urging them to make it possible for more American expats to more easily avail themselves of the so-called Recovery Rebate that is being made available to them, as it is to Homeland Americans, as a result of the CARES Act.

In particular, the Democrats Abroad – the official overseas arm of the U.S. Democratic Party – says the IRS should "undertake the requisite alterations to its online "Non-Filers" tool  as well as its new "Get My Payment" tool, in order to enable Americans abroad "to receive CARES Act aid by direct deposit into their local [but non-U.S.] bank account".

Today (April 15), Democratic Rep. Don Beyer of Virginia joined the Democrats Abroad in their effort, with his own letter , in which he urges in particular "that the IRS add the following fields to the form to accommodate the accounts of Americans living abroad in non-U.S. banks: an International Bank Account Number (IBAN) field and a Bank Identifier Code (BIC) field". Beyer, who is a member of the House Ways and Means Committee as well as the Americans Abroad Caucus, also said that the IRS should update its forms in such a way that the "phone number field" would be able to accommodate more digits, or that the form be updated to include an additional field for international phone numbers", since non-U.S. phone numbers don't work on the forms as they are currently designed.

In the Democrats Abroad's three-page  letter, which is dated April 13, and, like Beyer's letter, addressed to Treasury Secretary Steve Mnuchin and IRS Commissioner Charles Rettig, Prague-based Dems Abroad international chair Julia Bryan begins by noting that, as the officials will already be aware, "regulations make it very difficult for U.S. banks to provide accounts and services to customers lacking a U.S. residential address."

She continues: "Americans living outside the U.S. are, in many instances, without an account they can provide to the IRS within the 'Non- Filers' tool for delivery of the urgently-needed rebate.

"We do not suggest the aid be delivered via U.S. dollar checks or debit cards sent via the post. Postal service to many places around the world is unreliable at the best of times and service disruptions have occurred in many more places, due to the pandemic.

"U.S. dollar checks are often impossible to cash outside the U.S., or incur high fees and take weeks or more to clear.

"We ask, therefore, that the IRS undertake the requisite alterations to the 'Non-Filers' tool, as well as the to-be-published 'Get My Payment' tool, in order to support Americans abroad to receive CARES Act aid by direct deposit into their local bank account."

In its letter, the Democrats Abroad cites its own research, undertaken last year, which it noted "suggests as many as 3.9 million Americans abroad are eligible for the Recovery Rebate".

Of this number, it adds, "many thousands" are in "grave need of support because of the disruption caused by the pandemic".

"These Americans are at risk of falling between the cracks because they are not eligible for aid from the government of the country where they live, and also cannot easily access the U.S. Recovery Rebates for which they are eligible.

"The cost and the health risks of flying will eliminate the option of returning to the U.S. until the coronavirus crisis abates.

"We are greatly concerned for these citizens."

The Democrats Abroad's first letter to Mnuchin and Rettig was dated March 26, before the final version of the CARES Act was signed into law by President Trump, and urged the Treasury Secretary and Commissioner to "ensure eligible Americans abroad" would be able to access the planned Recovery Rebates, and also that they be able to do so "as quickly as possible".

A Democrats Abroad Taxation Task Force member told the American Expat Financial News Journal that the Democrats Abroad didn't believe that the IRS should have any major difficulty in arranging for direct payments to expats' overseas accounts, given the fact that "the Social Security Administration is able to make payments to foreign bank accounts.

"We think that the IRS should be able to make these payments to foreign bank accounts too."

As reported, President Trump signed the US$2trn stimulus package known as the CARES Act into law on March 27. The legislation is worth as much as US$1,200 per person, and makes no distinction between Americans who live abroad and those who live Stateside, although there are some who, for various technical reasons, won't be able to access it.