"Families in global transition" are the subject of this month's American Citizens Abroad podcast, which went live this week.

The podcast features a chat with Dawn Bryan, pictured left, the president of an organization by that name – Families in Global Transition (FIGT) – who discusses with ACA podcast interviewer "Michelle" some of the issues that expat families typically find themselves having to deal with: "Third Culture Kids", the differences between various expat communities, the issues dual-national couples can face and so on, according to an ACA explanation of the latest podcast.

As reported, the ACA unveiled its monthly podcast series last year. The podcasts are posted on the second Tuesday of every mo 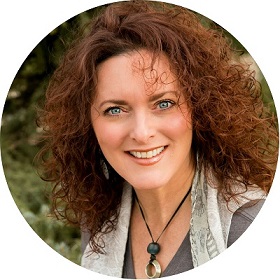 The ACA invites Americans resident abroad who have "questions, comments and show suggestions" to email its team at This email address is being protected from spambots. You need JavaScript enabled to view it..

The American Citizens Abroad is a non-profit, non-partisan organization based in Rockville, Maryland, and exists to help Americans who live overseas. It was founded in 1978 in Geneva, Switzerland, and moved its headquarters to the U.S. in 2012.

To listen to the just-posted ACA podcast featuring the interview of FIGT president Dawn Bryan, which runs a little longer than half an hour, click here.

To learn more about the Families in Global Transition organization, which was founded exactly two years ago and is based in Allentown, Pennsylvania, click here.

More in this category: « Yet more surprises in latest (and largest ever) quarterly U.S. renunciation names list, renounce-data-watchers say IRS: CARES Act payments sent to more than half a million non-resident Americans »