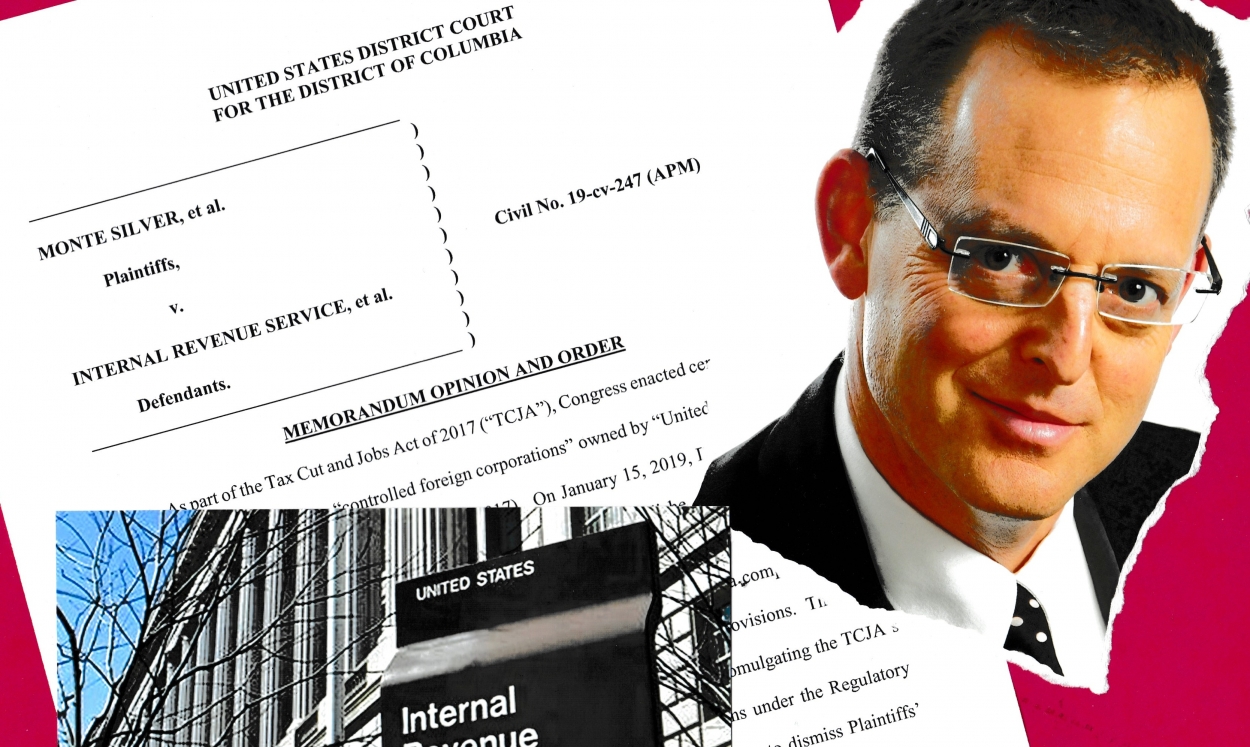 The amicus brief was filed in the U.S. District Court in Washington, D.C. on May 19 but not formally unveiled until today by the Republicans Overseas, on its Facebook page, as well as directly to selected media outlets.

An amicus brief is a type of legal document typically filed in appellate court cases by non-litigants in the case in question, who nevertheless have an interest in its outcome. Such briefs normally provide the court with additional information or arguments that might be useful to the court in its deliberations.

As reported, Silver filed his lawsuit in the early days of 2019, to challenge an element of President Trump’s December 2017 tax reform legislation that applied specifically to controlled foreign corporations, which are basically what the U.S. Internal Revenue Service calls any non-U.S.-domiciled corporate entity in which more than 50% of the total combined voting power of its stock, or the total value of its stock, is owned by "United States shareholders", i.e., Americans.

Silver's main argument in the case was that the Transition Tax regulations contained in Trump's so-called “Tax Cuts and Jobs Act” had failed to contain a "regulatory flexibility analysis" that is required by legislation known as the Regulatory Flexibility Act (RFA), a U.S. law that requires federal agencies to review regulations for their impact on small businesses, including those, like his own law firm, that are located outside of the U.S.

In their six-page amicus brief – or "Motion for Leave to File Memorandum of Law of Amici Curiae" ("friend of the court" in Latin) – the Republicans Overseas and eight overseas Republicans Overseas chapters say they share Silver's and his fellow litigants' belief "that the IRS violated the Regulatory Flexibility Act and Administrative Procedure Act (APA) by imposing burdensome regulations under [the] Internal Revenue Code Section 965, which sets a regulatory precedent that could indeed harm large numbers of taxpayers that reside outside of the United States in the future".

They add: "Although the RO (Republicans Overseas') amici curiae support [the] plaintiffs’ position, they can further assist the court in its consideration of the pending Motion for Summary Judgment by focusing on the potential harm to American citizens residing outside of the United States that own and operate small businesses.

"Considering that chapters affiliated with the RO create a network that spreads around the world, the RO amici curiae are uniquely positioned to protect the interests of the expatriate American community of business owners."

What's more, the Republicans Overseas and its eight chapters continue, in their brief, if the court fails to permit the RO amici curiae to file a memorandum of law supporting the pending Motion for Summary Judgment, "they fear that the certain aspects regarding the challenges and difficulties that are imposed by the final regulations on American citizens residing outside of the United States that own and operate small businesses will be ignored."

The Republicans Overseas is a non-profit corporation organized under the laws of the State of Indiana. The Republican Overseas chapters that comprise its network are spread across approximately 60 countries around the world, and represent what the RO says are "millions of Americans residing outside of the United States", many of whom "own and operate small businesses of various types", and who therefore are directly affected by the Transition Tax elements that are being challenged by Silver in his legal case. 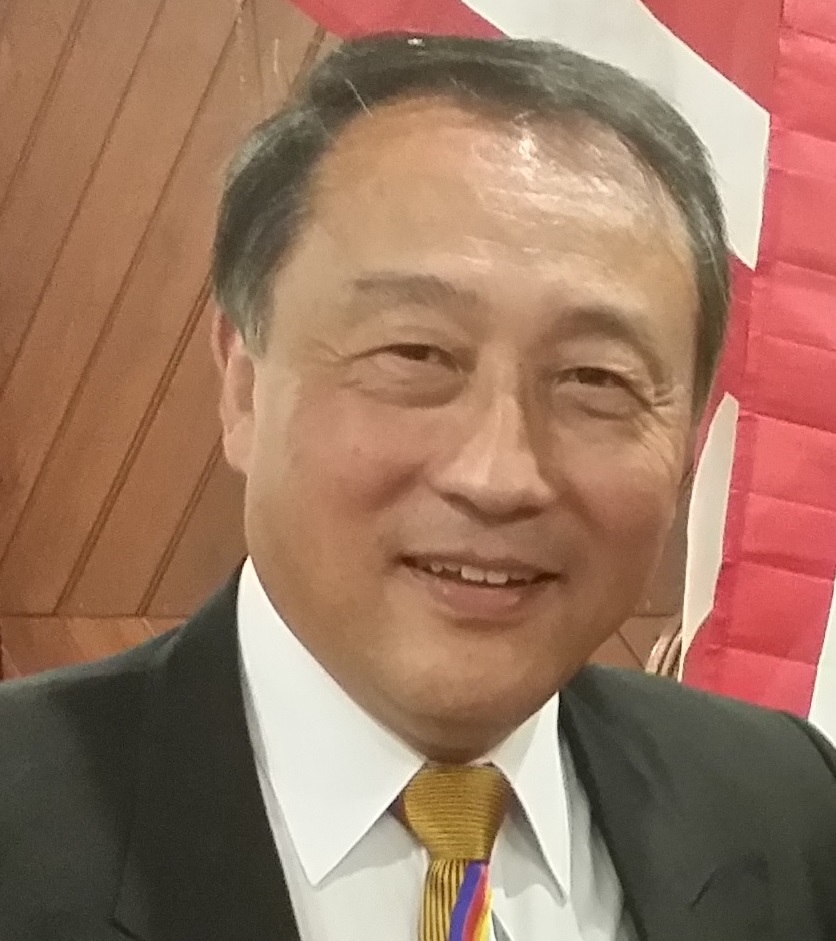 Silver declined to comment on the Republicans Overseas' amicus brief, on the grounds that he's unable to discuss his case as it is still ongoing. However, Solomon Yue, vice chairman and chief executive of Republicans Overseas, stressed the importance for the U.S. of ensuring that its citizens be able to work abroad freely, if the country is to continue to trade with others.

"Our argument will always be if we want to bring U.S. manufacturing jobs back, we need to send more Americans working overseas, as our sales forces for American-made products and services," Yue, pictured left, who is also Republican National committeeman for Oregon, told the American Expat Financial News Journal.

"And we need to encourage those Americans [abroad] to own their own businesses, to distribute American made products and services abroad.

"The current tax reform law not only disincentivizes them to do so, but also incentivizes more American business owners to renounce their citizenship."

Sometimes referred to as the Repatriation Tax, the Transition Tax element of President Trump's Tax Cuts and Jobs Act is said to hit individual owners of small businesses and partnerships located outside of the U.S. particularly hard. This is because many of them had been counting on their set-aside corporate profits to either expand their businesses in the short term, or to rely on them later in life to fund their retirements.

The Trump administration, however, has shown that it is unsympathetic to such concerns, even though it is widely believed that the legislation was targeted at large, multi-national companies rather than small businesses owned by Americans resident overseas. Thus it was that five months after Silver filed his lawsuit, the IRS responded with a move to have it dismissed, on grounds that Silver and his fellow plaintiffs in the matter "lacked [the] standing” they needed to bring such a case.

Silver and his co-plaintiff – his law firm – responded vigorously with counter-arguments a few days later, and on Dec. 24, a District Court judge ruled that their case could, in fact, go ahead, and that Silver would be able to proceed. (Silver was jubilant, and two days after the judge's ruling, told U.S. Treasury Secretary Steve Mnuchin and other Treasury officials in an email that their case against him had been "clobbered" by the decision.)

As reported, In his Dec. 26 email, to which he attached a copy of the seven-page decision, Silver told Mnuchin and his Treasury Department colleagues that District Court Judge Amita P. Mehta's ruling "opens the door to a copycat GILTI lawsuit, and countess other RFA actions against Treasury and other agencies".

"Yes, this case will become a seminal administrative law case, and I will own the RFA space and grow it," Silver added in his email, comparing himself to a "Robin Hood defending small U.S.-based businesses and trade associations".

In May, Silver and his law firm filed a motion for summary judgment in the matter, which is basically a request for the court to make a final ruling without going to trial. In their 83-page motion, they argued a trial would not be necessary, given that all the evidence that they had been able to glean from the documents that went into the drafting of the TCJA clearly demonstrated that the Treasury and IRS had "opted to issue" certifications that the legislation as it applied to small businesses met RFA, Paperwork Reduction Act and APA standards, even though the Treasury and IRS had failed to provide evidence to support these certifications.