While the IRS had sent Economic Impact Payments to more than half a million Americans resident outside of the U.S. by early May, and is thought to have delivered thousands more over the two months since then, significant problems remain for some expats, according to the American Citizens Abroad's executive director, Marylouise Serrato...

"We're hearing that individuals in a wide range of countries are receiving their recovery rebates: some by direct [bank] deposits, some by physical checks," Serrato said.

"This is good news. However some individuals have been waiting weeks, and even months, for their recovery rebates. And some are still getting error messages when using the [IRS's] Get My Payment [tool] to check on their EIP (Economic Impact Payment).

"This, however, is not just specific to overseas Americans. It's happening Stateside as well.

"The IRS has delivered over 160 million in recovery payments. With all large-scale stimulus programs like this, there are bound to be delays and glitches, unfortunately."

Serrato's explanation of the current state of the U.S. Internal Revenue Service's effort to distribute the so-called Economic Impact Payments (also often referred to as "recovery rebates" and "stimulus payments") is part of the ACA's seventh, and latest, "TaxCast" episode, which went live last week.

The 25-minute-long TaxCast, which may be listened to via the ACA's website by clicking here, is part of a series that the ACA launched earlier this year, and which it has been adding to regularly, in response to a perceived interest among the American expat community for more information on all aspects of the American government's US$2trn Coronavirus Aid Relief and Economic Security (CARES) Act, which was signed into law by President Trump on March 27.

The CARES Act package was conceived to help the American economy recover from the devastating effects of the global coronavirus pandemic.

As reported, the act provides for one-off Economic Impact Payments worth up to US$1,200 to be provided to all American citizens and Green Card holders who qualify, based on their annual income as it's detailed on their most recently-filed U.S. tax returns.

Why direct bank deposits
to non-U.S. banks aren't an option 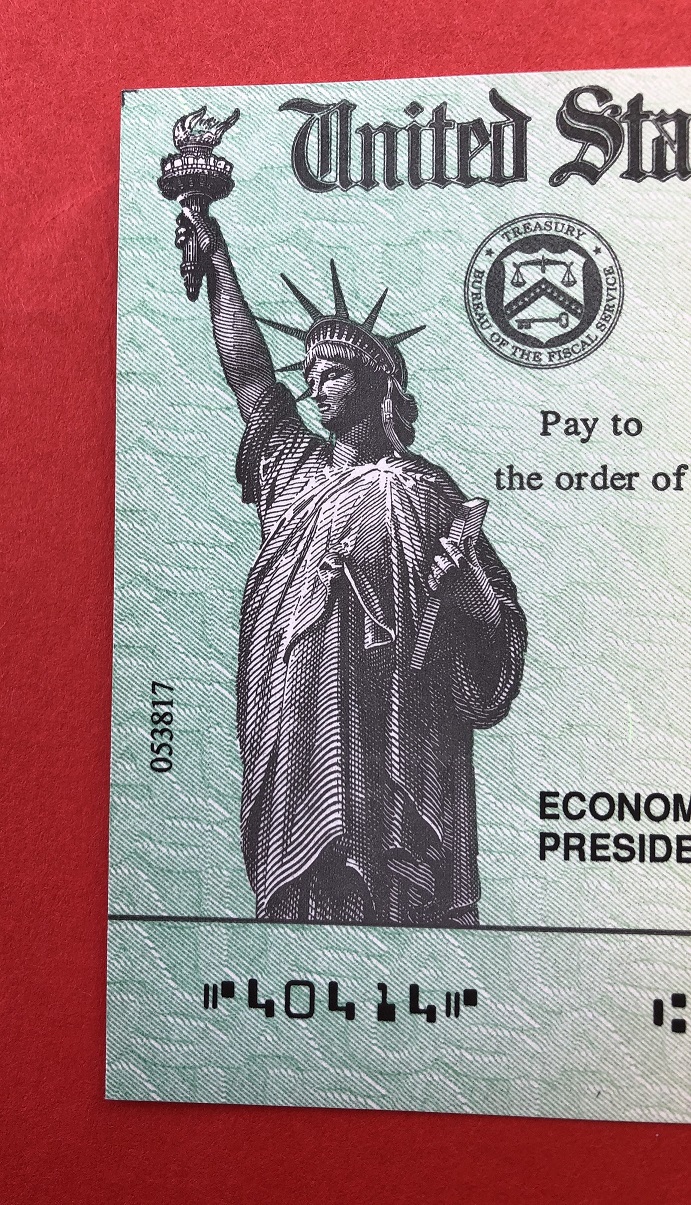 "Individuals are able to verify their identity and provide Social Security with the information as to how they want to receive their Social Security benefits – either by mail, by check, or deposited into a foreign bank account or into a U.S. bank account.

"Each recipient has their own personal account profile, that is password-protected. And that they manage. So the [opportunity for the] fraudulent use of the information is minimized.

"This type of system does not exist for [ordinary expat] taxpayers [with overseas bank accounts] in the same way."

Expat taxpayers, Serrato added, can set up an account for the payment of their taxes, online – for example, their annual tax payments, or quarterly estimate taxes – "but not for receiving refunds".

Unlike the Social Security Administration, she went on, the IRS, for now at least, simply "doesn't have individual taxpayer accounts, where everything can be managed in one place".

"They probably should, as it would make life much easier for the IRS, and for the taxpayer, especially for those who live overseas."

In addition to being available on the ACA's website, this ACA TaxCast episode may also be accessed via the PodBean website, by clicking here.

The ACA stresses that the content of its podcasts, including documents and presentations, is made available solely for general informational purposes, and is not intended and should not be treated as legal, financial or tax advice. It adds that the views and opinions expressed "do not necessarily reflect the views of American Citizens Abroad, Inc. or any affiliated organization", nor does it "warrant the accuracy, completeness or usefulness of any content or other information."

It also reminds listeners that it is a non-partisan origanization and that it does not support any political party or candidate.

The ACA is a non-profit, non-partisan organization based in Rockville, Maryland, and exists to help Americans who live overseas. It was founded in 1978 in Geneva, Switzerland, and moved its headquarters to Rockville, which is in the Washington, DC area, in 2012.