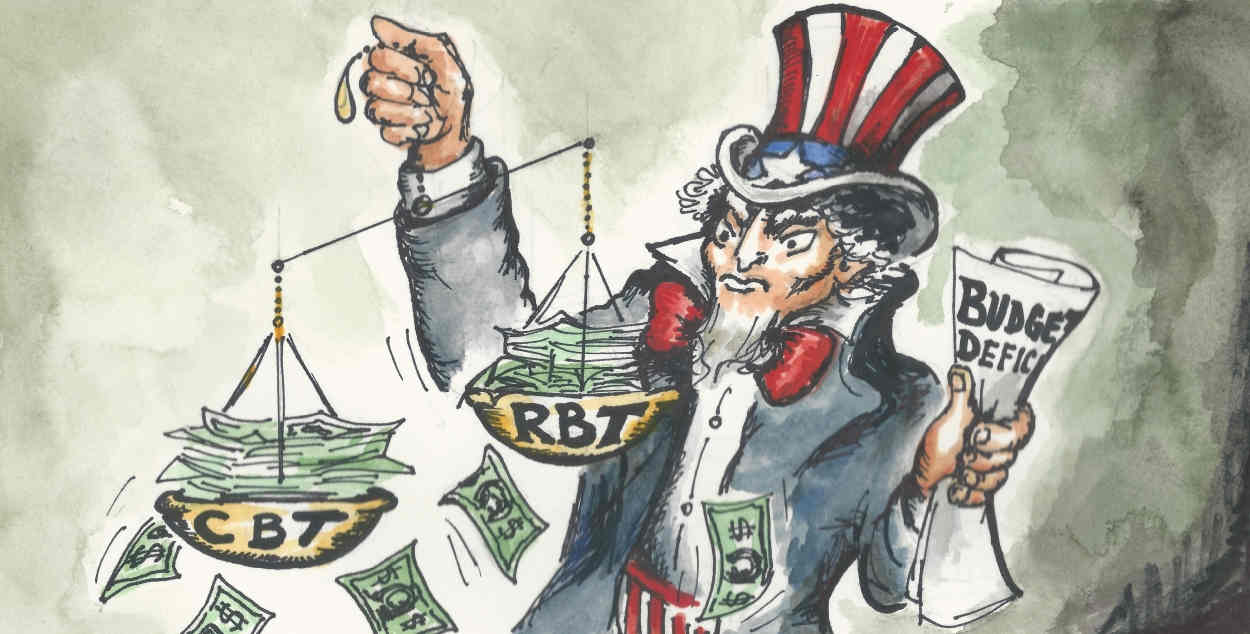 The Democrats Abroad has issued a call to fellow Democrats around the world to show their support for including a call for residence-based taxation (RBT) in the party's 2020 platform, but say anyone planning to do so needs to make a move by the 27th of July, if they're to have any hope of succeeding.

"Add your voice to the 2020 platform," the Democrats Abroad says, on page 1 of an eight-page online guide it's currently distributing to its members, who live in more than 190 countries around the world. (The document and other information about making a submission to the Democratic Party's Drafting Committee  may be found on the DA's website by clicking here.)

The Democrats Abroad is the official organization for Democratic Party members who live overseas, and enjoys state-level recognition by the Democratic National Committee.

The call for expats to get involved is one of the first visible efforts by either party to include expatriate issues in the campaign dialogue ahead of this November's presidential election. Even before their campaigns began in earnest, neither President Trump nor the Democratic candidate for president, Joe Biden, is known to have mentioned any of the issues that America's 7 million to 9 million expatriates uniquely care about, most of which have to do with the way they're taxed. This is in spite of the fact that the average expat American's tax situation was actually made worse recently, by Trump's 2017 Tax Cuts and Jobs Act.

Although scheduled to be held in Milwaukee from Aug. 17 through Aug. 20, for most party members the Democratic National Convention will take place online this year during those dates, owing to the Covid-19 pandemic.

As the American Citizens Abroad and other expat advocacy groups have been saying for years, many of the financial and tax problems American expats struggle with come down to the fact that the U.S. is one of the only countries in the world – and the only major nation – that taxes its citizens on the basis of their citizenship rather than residency. The tax problems for most American expats only really began to arise, though, after the Foreign Account Tax Compliance Act was signed into law in 2010, although it didn't come into force in 2014.

FATCA's myriad unforeseen side effects have included a stampede by foreign financial institutions out of the business of looking after American clients, which began years before it actually took effect; significant annual costs to tax firms by modestly-paid Americans, to ensure their U.S. tax returns and related documents are filed correctly; widespread double taxation; and a soaring in the numbers of Americans who have been giving up their U.S. citizenships in response to the problems, even as the cost of doing so was raised to US$2,350 from US$450 in 2014. (And that doesn't count other costs, such as a chunky tax on gains of any assets the renouncing individual happened to hold above US$2m, including properties and other personal items of value.)

Eye-watering penalties even for non-willful tax filing errors have also featured in the lives of American expats since FATCA took effect.

To help party members make their submissions, the Democrats Abroad's International Taxation Task Force – the members of which compiled the RBT guide – has put together a template that they urge individual expats to personalize with their own experiences, and then send to the committee that will be deciding on the party's platform ahead of this November's election.

"My name is x, and I am a Democrat living outside the United States for the last x years. I live in x,  and I vote by absentee ballot in the state of x.

"I ask that you include Residency Based Taxation in the 2020 Platform."

At this point the Taxation Task Force members suggest expat party members "insert a personal story" that makes it clear, for example, that they're "an ordinary, working class or retired person" for example, "living outside the United States because life brought you there and NOT for the purpose of gaming the international tax system", and that they then go on to point out that under the current citizenship-based tax regime, "U.S. citizens pay tax on their income no matter where in the world it is generated".

Such a testimonial might then go on, they say, to point out that Americans living outside the United States "are taxed firstly by the country where we live and then by the U.S.", and that such double taxation "is harmful and unjust", and that this is why "most countries tax their overseas citizens only on the income they generate in their home country but not the income they generate and already pay taxes on [elsewhere]."

"Americans living abroad aren’t the rich 1%, living abroad to live on yachts and avoid taxes; we are law-abiding citizens whose lives just happened to have been taken abroad for work, love, service, or education. We are the 99%.

"All we ask is that we are taxed fairly, and to bring the current U.S. tax system in-line with the rest of the world.

"Please help us make this a reality. Thank you."

A copy of the "Democrats Abroad Tax Advocacy Statement" comprises one page of the Democrats abroad's RBT guide, which also includes a link to other Democrats Abroad policy statements, including "How To Fix 23 Tax Problems for Americans Abroad".

Like the Democrats Abroad, the American Citizens Abroad has also been trying to rally American expats to get involved in efforts to end residence-based taxation. In December it used a meeting of its UK chapter to reiterate its call for a global effort aimed at convincing Congress to hold hearings into the need for changes in the way the U.S. taxes its overseas citizens; in a recent podcast, the ACA's executive director, Marylouise Serrato, also stressed the importance of expats letting their Congressional representatives know that hearings into the way American citizens resident abroad are urgently needed.