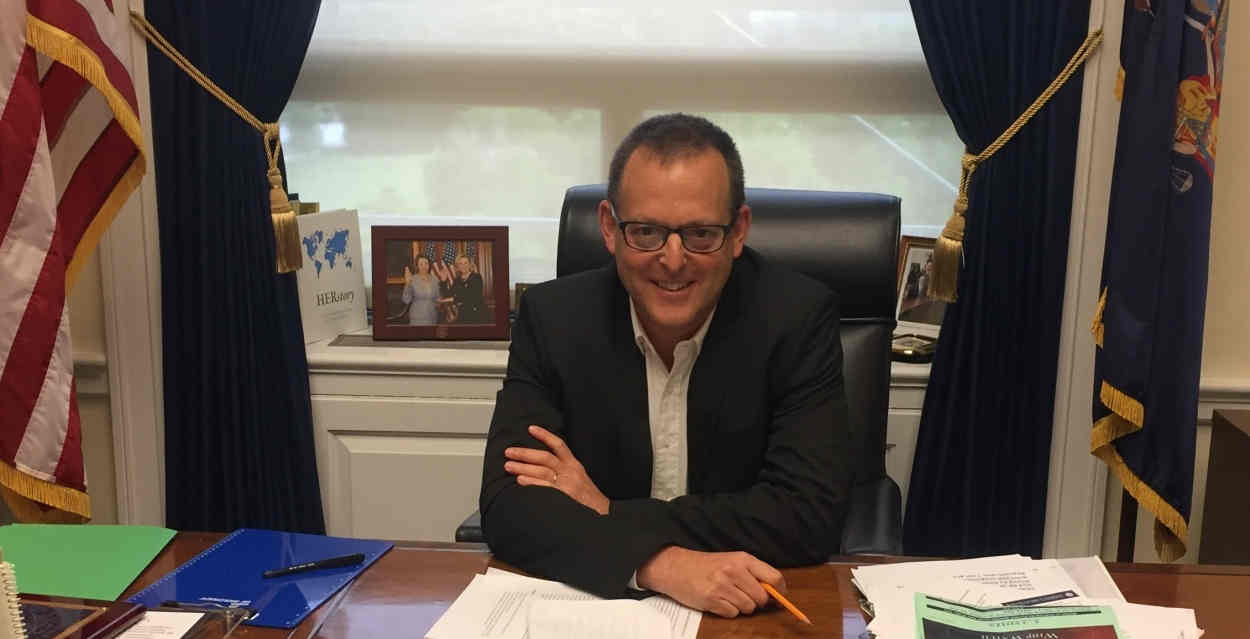 The regulations in question concern the deduction for global intangible low-taxed income (GILTI) and foreign-derived intangible income. As reported here last month, Silver filed suit in the U.S. District Court in the District of Columbia in June over the then-said-to-be-final GILTI regulations, as they had been issued in June, 2019, following the issuance of proposed regulations the previous October.

To what Silver admits was his surprise – but which he is convinced represented “100% the result of our advocacy” over the past two-plus years – the unexpected issuance of the 295-page, updated final regulations yesterday will “provide us small-business owners with three meaningful, permanent forms of relief”.

These, he adds, include the fact that:

Said Silver, in an email this morning to his clients and followers of his legal efforts in Washington: “I am aware of no other expat advocacy ever that achieved a final permanent fix [like this one]!

"This is a major win. Small businesses are invisible to the federal government. And the fact that we accomplished this and other forms are relief from the Transition Tax and GILTI is a testament to our combined voice and focused persistence."

Silver said that he still intends to still go ahead with his GILTI lawsuit, however, because in spite of the fixes contained in yesterday's final regulations, "the GILTI lawsuit is in no way moot.

"The lawsuit seeks to have small [overseas] businesses [owned by Americans] 100% exempt from the GILTI tax – i.e. no need to comply each year, regardless of the tax rate of the country in which the corporation is incorporated."

In his court documents challenging the GILTI regulations last month, Silver had argued that they were procedurally invalid because the government had failed to take into account their effects on small businesses before bringing them into force, which it is required to do under a law known as the Regulatory Flexibility Act (RFA).

In his suit, which was described as a “copycat” action that followed a still-ongoing lawsuit that challenged the so-called Transition Tax, or repatriation tax, elements of the Trump tax bill, Silver also argued that the GILTI elements of the TCJA violated as well something called the Paperwork Reduction Act, which requires U.S. lawmakers to show that they took into account the potential compliance burdens they could be introducing to taxpayers in introducing the new legislation, as well as something called the Administrative Procedures Act, both of which his earlier lawsuit also cited.

In his email this morning, Silver noted that the GILTI regulations had been introduced "justifiably" to "prevent Apple, Google and similar corporate Goliaths from abusively shifting their profits from the U.S. to low tax countries like Cayman Islands.

"To accomplish this, GILTI imposed a U.S. tax on the U.S. parent company for the annual profits of its foreign subsidiaries. The way that GILTI was structured is that GILTI tax would be due where the subsidiary was located in countries where the local corporate tax was less than 13.125%.

"Unfortunately, the law caught about 200,000 small [overseas] businesses [owned by American taxpayers] in the same net.

"The numerical example below should help understand the problem and the relief. 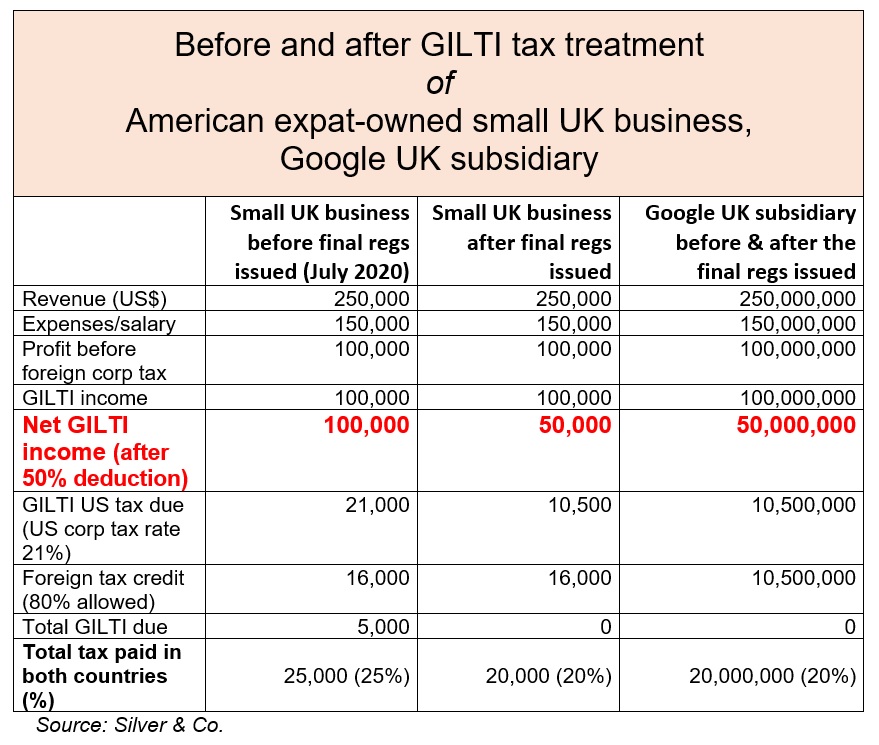 "Until now, only the corporate Goliaths got the 50% deduction (see above).

"Before the final regulations (issued yesterday, as demonstrated in the numerical column on the left), a small business owner did not.

"As a result, not only did small businesses incur huge GILTI-related compliance costs, but at the end of the day they paid a higher tax rate than the Goliaths (25% compared to 20%).

"Under the permanent regulation, as shown in the center column, the playing field has been leveled.

"We and the corporate Goliaths are now treated the same, and as long the corporation is incorporated in a country where the corporate tax rate we pay is at least 13.125%, then we will not own any GILTI."

Silver's claim of a victory in yesterday's release by the U.S. Treasury of updated "final" GILTI regulations comes a little more than six months after what he declared as an earlier "win", when a district court judge in Washington "reject[ed]" claims by the Internal Revenue Service that Silver and his company "lacked standing" to challenge the Transition Tax elements of Trump's Tax Cuts and Jobs Act, as it applied to controlled foreign corporations.

Silver called the ruling a "massive win" for him and other small business owners impacted by the legislation, because, he said, it meant that his potentially "precedent-setting case" could now go ahead.

As reported, the IRS had responded to Silver's legal challenge with a Motion to Dismiss.

To see the Deduction for Foreign-Derived Intangible Income and Global Intangible Low-Taxed Income (T.D. 9901), pertaining to  the Section 250 deduction applicapable to GILTI and foreign-derived intangible income, on the Federal Register's website, ahead of its formal publication on July 15, click here. The complete, official but as-yet-unpublished PEF version is here.

Editor's note: This is an ongoing, breaking news story and will continue to be updated.