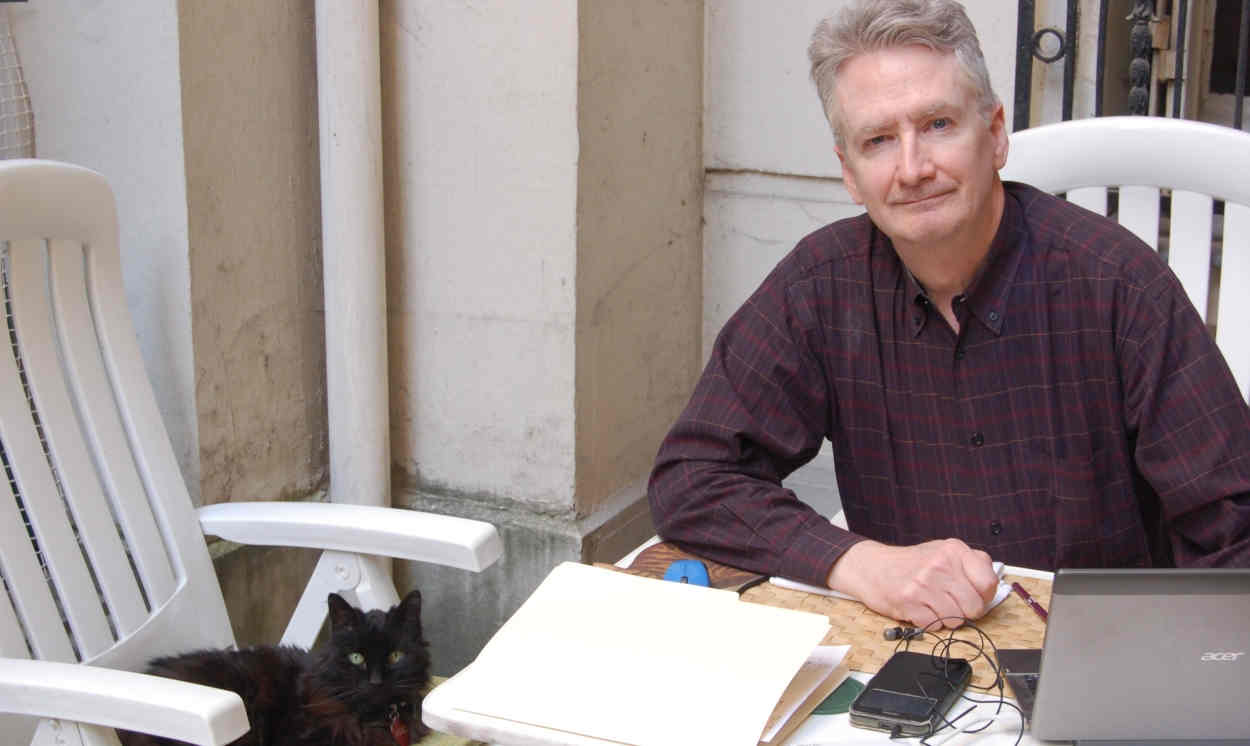 William Jordan, with Asad ("lion" in Arabic) the cat, in his Paris courtyard

William Jordan, a retired U.S. Foreign Service officer who has lived outside of the U.S. for 27 of the past 39 years, has succeeded Neil Kearney as president of the Paris-based Association of Americans Resident Overseas.

Kearney, a U.S.-trained lawyer, headed up the organization since 2016, and had planned to step down from the role of president at the end of his second two-year term, according to AARO officials.

Jordan’s appointment took effect in May, and comes a little less than six months after the AARO announced that Israel-based American expat lawyer Monte Silver was to join the AARO's board  while also becoming chairman of its tax committee, a new position.

"I would like AARO to have even more weight in any Washington discussions regarding taxation or other issues of importance to Americans overseas than it currently has," Jordan said.

"The 2020 elections offer us a tremendous opportunity in that regard, and that is one of my first priorities."

Kearney intends to continue to work with the AARO, albeit in more of an advisory capacity, the organization noted.

Among AARO's top internal priorities is the revamping and re-thinking of its online presence and outreach, according to Jordan.

He said it is also looking to fill its long-vacant VP for communications role and that it is, in the meantime, undertaking changes that it hopes will not only improve its website and online presence but make its interaction with its membership "more dynamic".

The coronavirus pandemic, meanwhile, has also, he said, forced the organization to move its events online, emulating what he noted had been "the tremendous success of Monte Silver's tax webinars".

Other changes at the AARO include the appointment of Douglas MacKinney as AARO treasurer, succeeding Jennifer Ehreth, and the stepping down from head of communications by Victoria Ferauge.

MacKinney started his career at Seagram in New York, after which he moved to Paris, where he worked for Thomson, which later became Technicolor, rising to his current position there as senior vice president, Treasury.

Originally from the U.S. state of Maryland, Jordan got a taste of the expatriate lifestyle early, as the son of a naval officer.

He then went on to serve himself as an officer in the U.S. Foreign Service for 30 years, beginning as a consular officer in Dhahran, Saudi Arabia. He completed his Foreign Service career in 2011, as deputy chief of mission, and occasionally acting ambassador, in Algiers.

Although most of his career was spent in or dealing with the Arab world, he served twice in Paris, where he decided to establish residence when he retired.

His wife, who only recently retired from government service herself, has established residence in North Carolina. (This has meant, health crises permitting, a good deal of hopping from one continent to the other, Jordan noted.)

Jordan used his first message to AARO's membership, which coincided with the July 4 holiday, to emphasize the importance of diversity, the meaning of the unofficial U.S. slogan of "E pluribus unum", and the need for Americans overseas to register and vote in the upcoming U.S. elections.

"Since the 1950s, the official motto of the United States has been “In God we trust,” he said, in the message, which may be viewed in full on the AARO's website.

"I, however, have always taken greater comfort and inspiration from the second motto: 'E pluribus unum,' Latin for 'Out of many, one'.

"Most scholars assert that this was intended to refer to how the thirteen original colonies that formed the United States came together as one national entity.

"I have always preferred to see it also as a true expression of the so-called great melting pot of the U.S., whose true success and strength has been the diversity of its people, most of whom trace their family origins to other corners of the world.

"E pluribus unum was the unofficial motto of the U.S. until Cold War politics caused the Congress to displace it in 1956 with “In God we trust”, in order to stand in firm contrast with the official atheism of our communist adversaries. It may have made sense in geopolitical terms, but I regret that it appeared to diminish America’s appreciation of its diversity.

"This is a major election year, and I would be remiss not to encourage all Americans at this solemn and celebratory time of year to do their utmost to exercise their hard-won right to vote.

"Whatever your political point of view, the future of the United States is in your hands.

"AARO is mobilized to help you in this regard, and will continue to inform you and accompany you until the November elections."

The AARO was founded in 1973 by Phyllis Michaux and a group of  other Americans who were concerned about the way they thought even then that U.S. government treated its citizens abroad.

Today it's an international, non-profit, non-partisan, volunteer-run association with members in 46 countries. It researches issues that significantly affect the lives of overseas Americans and keeps its members informed of those issues, while also lobbying on behalf of expatriate causes, such as taxation, citizenship issues, Social Security and Medicare.

In Paris, its offices are housed in Reid Hall, also known as Columbia Global Centers, in the Montparnasse area, a part of Paris in which many Americans of the "Lost Generation" made their homes, and their names, during the 1920s and 1930s.

Among the services the AARO offers its members is access to a reasonably-priced health insurance plan.

Once every year, it sponsors an “Overseas Americans Week” on Capitol Hill, when it focuses on informing U.S. lawmakers of the issues facing Americans who live abroad.

Membership in the AARO, which comes with a range of privileges and free services, is around €65 a year for individuals, with joint and lifetime membership rates available. Discounts are available for those under the age of 35. More information may be found on the organization's membership page, here. 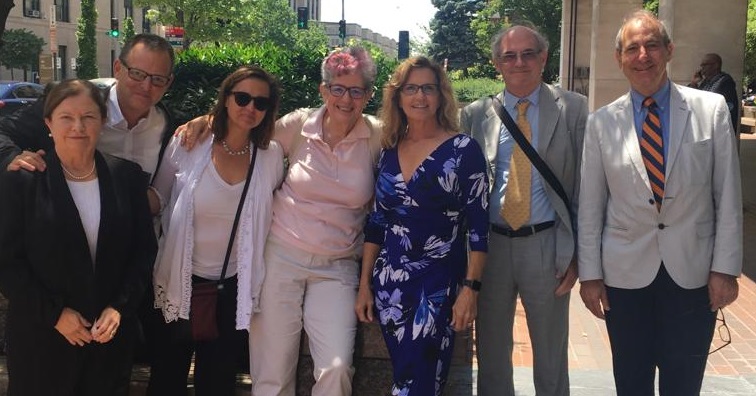