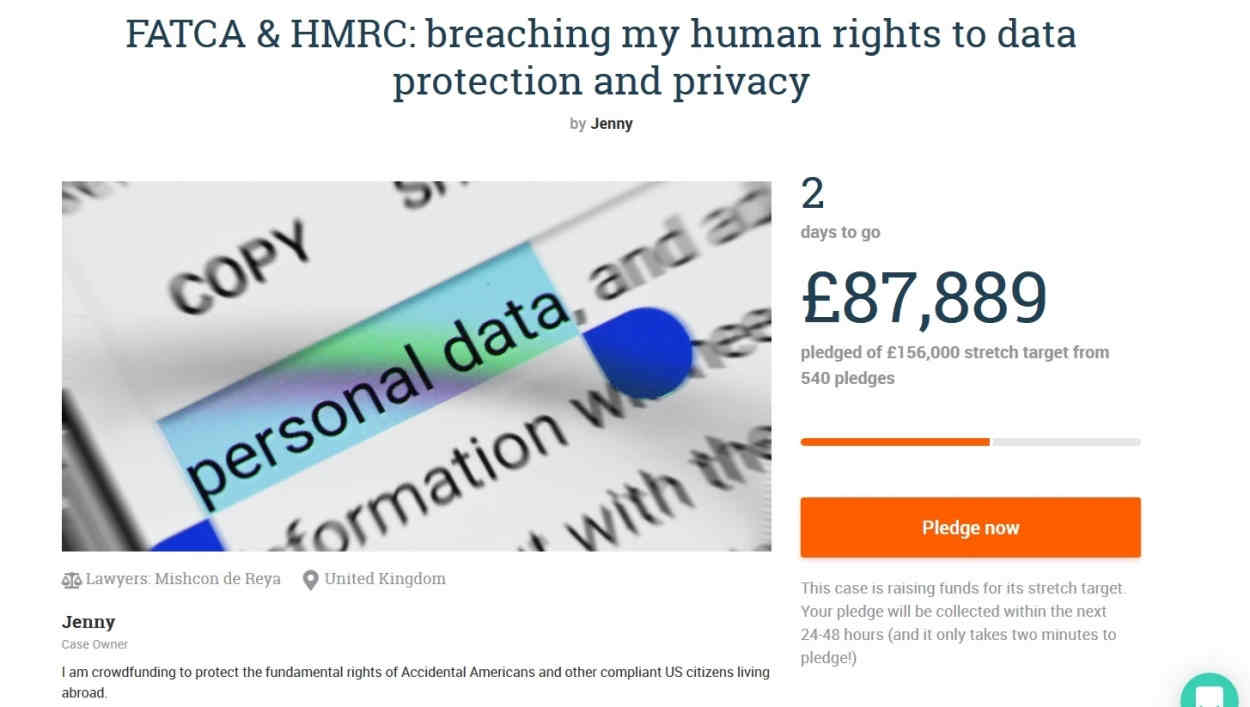 The historical origins of privacy law, in the context of EU human rights principles, and the disproportionate elements of America's FATCA legislation are among the topics discussed in the first-ever podcast interview of the U.S.-born FATCA challenger known only as "Jenny", along with her lawyer, Mishcon de Reya partner Filippo Noseda.

As reported here last week, Jenny is hoping to seek a judicial review of the UK Information Commissioner's Office's (ICO) decision last month not to uphold her complaint about the way HMRC has forwarded her personal information to the U.S., in compliance with the Foreign Account Tax Compliance Act, but is struggling to secure the £75,000, via crowd-funding, that her legal advisers have told her she'll need by this Friday (July 17) if she is to do so.

To listen to the podcast, which is around an hour and twenty minutes long, click here.

"Jenny" first filed her complaint with the ICO last September, in what was said to have been the first legal challenge to the way EU governments have been enforcing the U.S. tax evasion law known as FATCA since the EU's General Data Protection Regulation (GDPR) came into force in 2018.

More in this category: « Jordan succeeds Kearney at AARO, as expat organization’s revamp continues LeifBridge to American expats in the UK: ‘Let us help you manage the crossing’ »