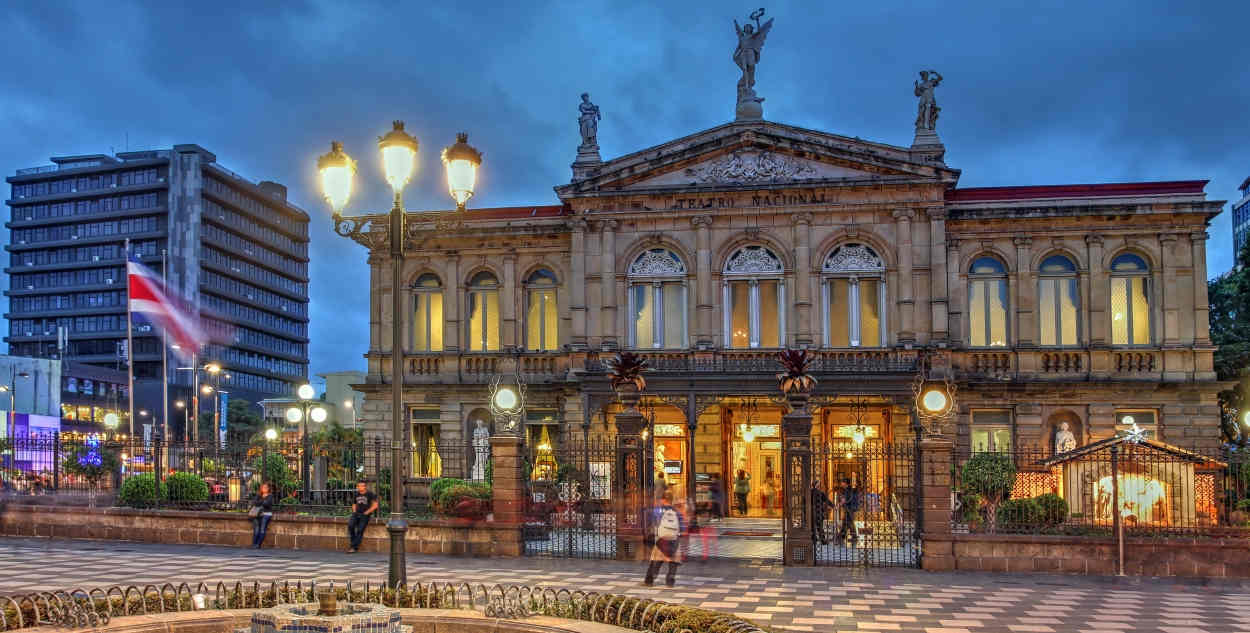 iStock National Theater in San Jose, Costa Rica, a country that is currently a popular destination for Americans looking to retire or relocate

Over the past eight months, Andersen – the San Francisco area-based organization of legally-separate tax and legal services firms that evolved out of a part of the now-defunct Arthur Andersen accountancy firm – has made a major move into the Caribbean market, where it didn't have so much as a single office as recently as March.

Since then, it has established a presence in 11 Caribbean countries, with offices offering legal services in eight, according to a statement from Mark Vorsatz, chairman of Andersen Global as well as chief executive of Andersen.

Yesterday (Thursday), Andersen announced it had added an outpost in Haiti to its list of Caribbean offices, through a consultation agreement with a Haitian consulting firm known as GECA, which was founded in 2012, and is headed up by Johann Alexis Bounouni.

Andersen says it is "currently in discussions" aimed at establishing further outposts in another 12 Caribbean countries, "and will likely add four to five" of these to the total before the end of the year.

The company is also active in, and expanding, into South and Central America and Mexico, which experts say are attracting many Americans and other Northern Hemisphere types who attracted by the perceived high quality of life on offer for the price.

Vorsatz, who was an Arthur Andersen partner from 1987 until the firm’s demise in 2002, and one of the main forces behind keeping the current entity going over the past 18 years, added:  "We have had great success in the Caribbean over the course of 2020, and will continue to expand our platform [there], with a goal of being more than 20 Caribbean countries by the end of 2021."

As elsewhere, the new Andersen entities in the Caribbean tend to be so-called “collaborating firms”, which reflects the terms of the arrangement Andersen normally agrees to with new entities. Typically such firms eventually go on after a number of years to become full-fledged, Andersen-branded member firms, a system Vorsatz and other Andersen executives have likened to the business of “dating” before “marriage.”

Andersen launched its Caribbean marketplace expansion earlier this year through one of its collaboration agreements with a San Juan, Puerto Rico-based outpost of BDO Tax LLC.

The full-service tax firm is headed up by managing partner Gabriel "Gaby" Hernández, and employs more than 140 tax specialists and other professionals, who currently look after more than 3,000 clients in the region, according to Andersen.

Like many current Andersen Global employees – including Vorsatz – Hernandez had worked for Arthur Andersen in the days before its demise in 2002, when it was brought down by the collapse of Enron, a Houston-based energy firm.

Other regional firms with which it now has collaboration agreements include Central Law, which has offices in San José and Escazú, Costa Rica; Tegucigalpa, Honduras; Guatemala City, Guatemala; La Libertad, El Salvador; and Managua, Nicaragua.

Guatemala City is also home to an Andersen Tax outpost.

Andersen also has some seven outposts of varying types (tax and legal, both member firms and collaborating firms in Mexico, and has been adding outposts across South America, including, earlier this month, a Santiago, Chile-based law firm, Chirgwin Peñafiel, and a tax firm with which it has often worked, SPASA Consulting.

One of the big differences between Andersen and its predecessor, Arthur Andersen is that the member firms of Andersen Global don’t do auditing work, the specialist accountancy area which led to Arthur Andersen’s downfall.

But the new Andersen is similar to its namesake, as well as to the Big Four accounting firms (KPMG, Ernst & Young, Deloitte and PwC) in that it is a serious international provider of legal services in addition to tax advice.

To read more about Vorsatz and his ambitious global strategy for expanding the Andersen name across the globe, click here.

Vorsatz, pictured, says a determination to "provide a seamless service around the globe" for its clients who are based around the globe was behind its decision to go aggressively into the Caribbean. He added that that the company had been studying the region's market for tax and legal services "for more than a year" before it made its move.

"The Caribbean has quite a bit of transient activity, and the ability to serve the entire region is both an advantage for a global firm as well as for a firm in the region," he added.

Separately, the company has been gradually re-branding its global operations as it looks to move to a simpler moniker: for example, in July, it said that across Europe, its various entities that had been doing business as Andersen Tax, Andersen Legal and Andersen Tax & Legal "will now operate under a single brand, "Andersen," which it said demonstrated the company's "unified and seamless approach" to its two main areas of business.

The brand transition in Europe came on the heels of the U.S. member firms' transition to "Andersen" from "Andersen Tax" last year.