Sanctuary Wealth, an Indianapolis, Indiana-based wealth management company founded two years ago to look after Americans resident in the U.S., has said it is looking to expand its business with the addition of between two and five “established international advisory teams” over the next 12 months.

With its expansion into the international market, Sanctuary Wealth officials are understood to believe it will be better equipped to service American expats, as well as such individuals as British, Australian and Europeans who live in the U.S. or elsewhere.

News of Sanctuary Wealth’s move into the international space comes just a little more than three months after it was revealed that Creative Planning of Overland Park, Kansas, one of the largest Registered Investment Advisory firms in the U.S., was in the process of acquiring Thun Financial Advisors, an established, Madison, Wisconsin firm with some 500 expat clients in more than 50 countries around the world, as it prepared to target the global expat market.

As reported, Creative Planning is understood to look after around US$45bn in assets on behalf of its U.S. client base. A number of high-end wealth managers based in the UK have also recently announced plans to start looking after American clients, including, most recently, LiefBridge Investment Services, launched over the last few months by London's Shard Capital Partners LLP.

In addition to its Indiana base, Sanctuary Wealth currently also has offices in Chicago, Illinois and San Antonio, Texas. But its business model involves offering independent advisers around the U.S. who chose to work with it – rather than for it – what it calls a support “platform” of “turn-key resources, economies of scale, strategic guidance, industry expertise and a safety net of operational support”.

This so-called “Sanctuary Advisor Solutions Group” is made up of advisers who come to it “from both independent and wirehouse environments”, according to the company’s website.

It is this group that it’s looking to invite a select group of already-established international advisory “teams” to join, Susan Graybeal, director of International Wealth Management for Sanctuary, told the American Expat Financial News Journal.

Such advisory teams could be based in the U.S. as well as abroad, although the company has no plans at present to open any corporate offices outside of the U.S.

In August, Sanctuary Wealth announced that it had hired Graybeal, who had previously spent more than 30 years with Merrill Lynch, to oversee the operation. In a statement accompanying the announcement of her appointment, Sanctuary Wealth founder and chief executive Jim Dickson explained that “advisers working with global clients have the same needs as their domestic counterparts, but too often the leaders of wirehouse firms don’t fully understand or value the international business – resulting in policies that don’t work for the advisers or their clients. 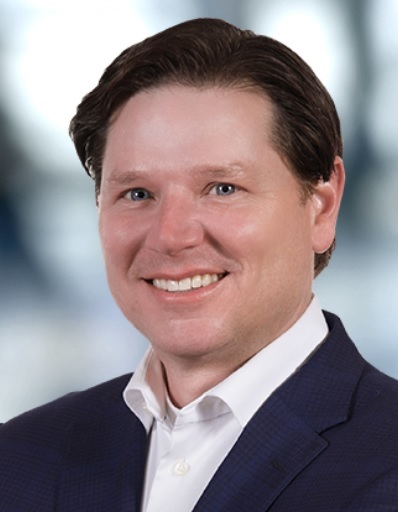 “Top international advisers are just as entrepreneurial as those focused on the U.S., but haven’t had as many options.

“Our international platform is a game changer, giving these advisers and their clients a chance to break out of the wirehouse world.”

The announcement of Graybeal’s appointment goes on to note that “over the last few years, international advisers have largely felt unappreciated in the wirehouse environment and that their clients are not considered important at the corporate level. “Wirehouse business models, including strategy, compensation and investment solutions, are focused on serving the needs of domestic advisers and their clients.”

“International business serviced by U.S.-based advisers is typically a non-core, non-strategic component of [traditional wirehouse] business models,” added Vince Fertitta, pictured left, a former Merrilly Lynch colleague of Graybeal’s, who led a large part of that company’s international business for 11 years, according to Sanctuary Wealth, before leaving to take up his current role as president of Sanctuary’s wealth management operations prior to Graybeal’s arrival.

“Advisers and client often feel like they aren’t valued and don’t belong at their current firm.

“When I decided to join Sanctuary, I committed not to leave the international advisers behind.”

"Wirehouse" is a U.S. term for a full-service broker-dealership, in which the advisers tend to be employees rather than independent broker-dealers. The name dates back to pre-internet days, when brokerage firms (and everyone else) relied on telephone and telegraph "wires" to communicate with their brokers.

Dickson founded Sanctuary Wealth in 2018 – after spending what the company’s website says were “more than 20 years in senior positions on Wall Street”, after which, “like many of his peers, [he realized] that the business had changed, and not for the better”.

The result, the website continues, is a business that aims “to deliver partnered independence to financial advisers, who have the entrepreneurial drive to be business owners rather than employees”.

The company currently has some 40 independent adviser firms on its U.S. domestic platform, covering clients in 14 states, which together look after more than US$12bn  in assets under advisement for their clients.

More in this category: « ‘Lucifer’s Banker’ Birkenfeld back Sept. 30, with ‘uncensored’ update of tell-all book EU Parliamentarian in 't Veld in effort to nudge EU Commission into action over 'Accidentals' »