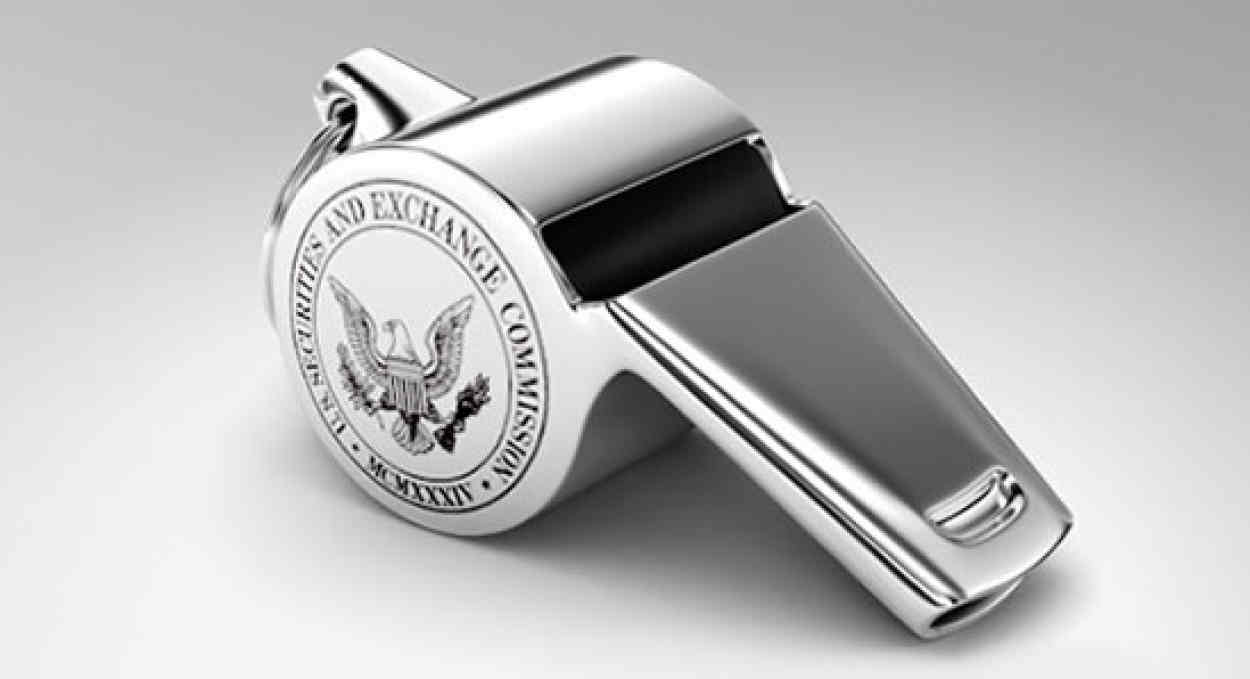 The U.S. Securities and Exchange Commission has announced another set of whistleblower awards worth what it said was "almost US$30m" to two "insider whistleblowers whose tips led SEC staff to open an investigation".

The names of the whistleblowers and key details about the "wrongdoing" they reported weren't given.

The first whistleblower, who the SEC said was the first to sound the alarm about the dodgy activities at issue, and who then went on to provide "substantial, ongoing assistance" to SEC officials received an award of approximately US$22m. The second whistleblower was described has having provided "additional valuable information" and for this received an award of approximately US$7m.

“The information and assistance provided by today’s whistleblowers helped the agency return tens of millions of dollars to harmed retail investors,” Jane Norberg, chief of the SEC’s Office of the Whistleblower, said, in a statement released on Sept. 30.

“We hope that awards like the ones issued by the commission today will continue to incentivize individuals to come forward and report high-quality tips to the SEC.”

The SEC has awarded approximately US$557m to 102 individuals since issuing its first award in 2012.

All of these payments are made out of an investor protection fund established by Congress that is financed entirely through monetary sanctions paid to the SEC by securities law violators. The SEC stresses that "no money has been taken or withheld from harmed investors to pay whistleblower awards".

According to the SEC, whistleblowers may be eligible for an award when they voluntarily provide its officials with "original, timely, and credible information that leads to a successful enforcement action".

Whistleblower awards can range from 10% to 30% of the money collected when the monetary sanctions exceed US$1m.

As set forth in the Dodd-Frank Act, the SEC protects the confidentiality of whistleblowers and does not disclose information that could reveal a whistleblower’s identity.

For more information about the whistleblower program and how to report a tip, visit www.sec.gov/whistleblower.