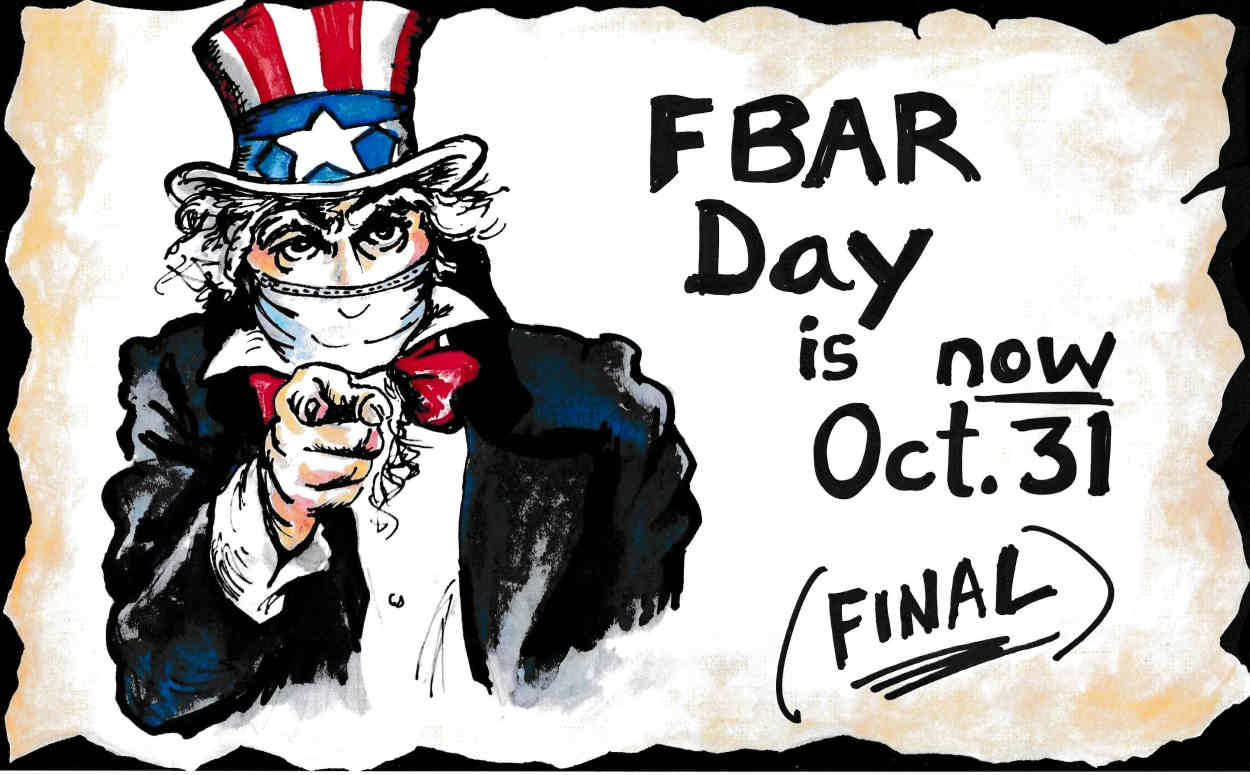 The U.S. Financial Crimes Enforcement Network has quietly removed from its website its surprise announcement, posted Oct. 14, that the final deadline for  Foreign Bank Account Report (FBAR) filings had been moved to Dec. 31, from Oct. 15.

Instead, it has clarified that the extended Dec. 31 FBAR filing deadline applied only to "victims of recent natural disasters", such as "victims of the California wildfires, the Iowa Derecho, Hurricane Laura, the Oregon wildfires, and Hurricane Sally".

But it has nevertheless now moved the deadline for everyone else back to Oct. 31 – in other words, extended it by two weeks.

The shock removal of the blanket two-and-a-half-month extension for FBARs to be filed, just hours after the announcement of it had been posted online, saw tax preparers and other followers of Foreign Bank Account Reports (FBARs) around the world emailing one another about it all through last night, and through the early hours of this morning.

In place of that announcement, which had been accessed at https://bsaefiling.fincen.treas.gov/Notice.html, and looked like this:

However, a new announcement has now appeared, which is dated Oct. 16, and which reads as follows:

(The original Oct. 6 announcement that "victims of recent natural disasters" have until Dec. 31 to file may be viewed by clicking here. )

FinCEN officials didn't reply to a request for comment.

Although FBARs date back to 1970, when they were created as a result of the so-called Bank Secrecy Act, which was aimed at detecting and preventing money-laundering. Few expats were aware of their FBAR obligations, however, until sometime after 2010, when the Foreign Account Tax Compliance Act was signed into law, and began compelling non-U.S. banks and institutions to tell the IRS about any accounts they held on behalf of American citizens and Green Card holders.

Two IRS website pages that address FinCENs and which are worth checking out are here, and here.

To read some of the stories we've run on the topic of FBARs recently, click here.

To read yesterday's story announcing the pushing back of the FBAR deadline to Dec. 31, along with background on FBARs and why expat Americans in particular need to be aware of them, click here.