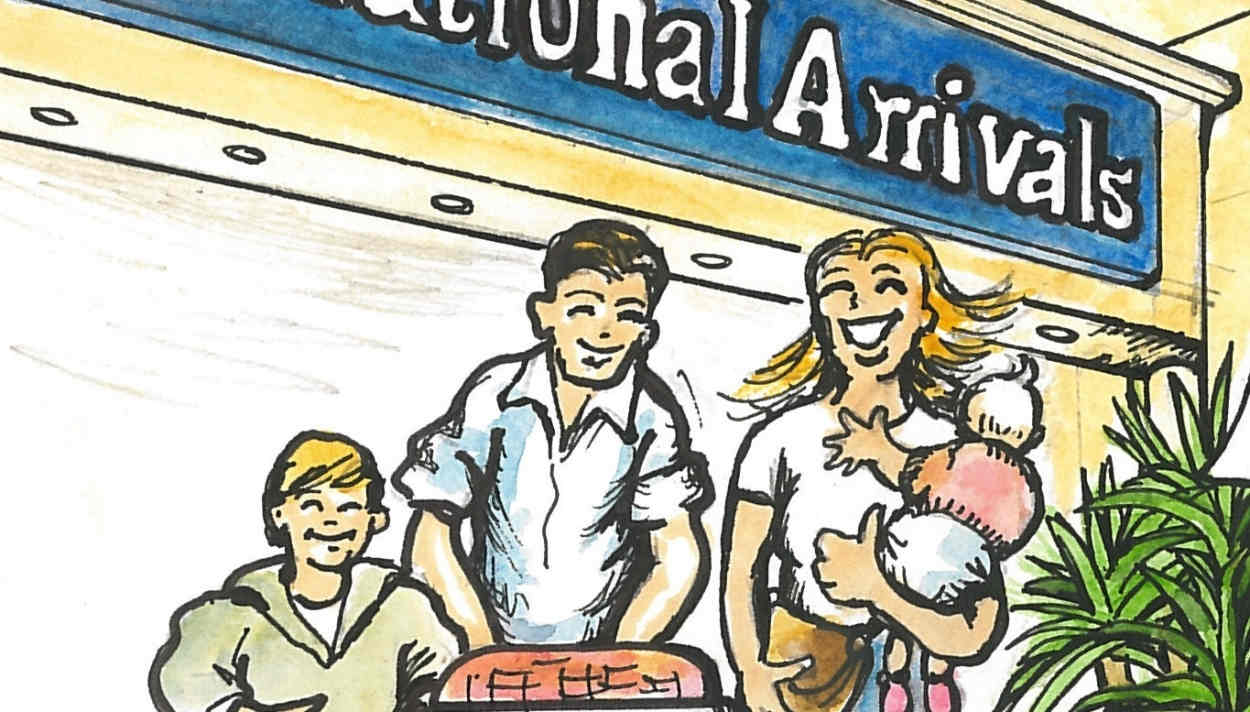 A survey of U.S. residents has found 16% say they "would consider leaving" the U.S. if the presidential candidate they support looses the election next week, up from 9% in 2016.

The survey – carried out earlier this month of a cross-section of some 3,000 U.S. residents by Redfin, a NASDAQ-listed, Seattle-based real estate brokerage – also found that one quarter of those interviewed said they'd look to move to a different state if the Supreme Court were to increase states' rights, a growing issue in certain parts of the country. 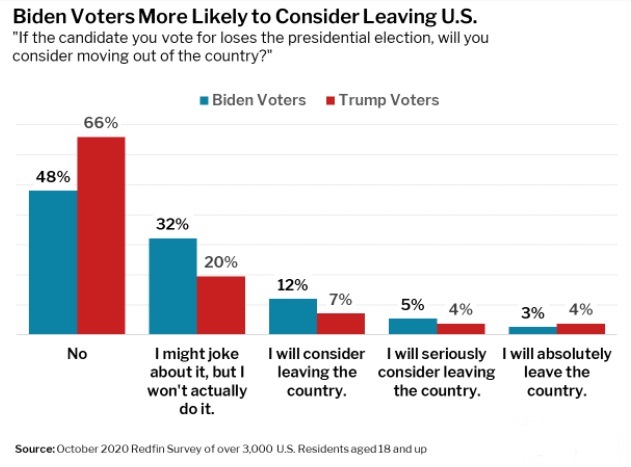 In a summary of its findings, Redfin noted that the 16% who said they would "consider leaving" the U.S. was broken down into three categories: "Those who would absolutely leave the country, those who would seriously consider it, and those who would [simply] 'consider it'.

"Three percent of respondents [surveyed this year said they] would 'absolutely leave the country' if their candidate loses, versus zero in 2016."

The survey's authors didn't identify whether those surveyed were U.S. citizens, but did describe them as "voters", which in the U.S. means that they are.

The findings come as 2020 seems set to be the year when more Americans have formally renounced their citizenships than ever before, although this is widely seen as reflecting the costs and hassles of being an American expatriate than for political reasons.

Broken down by who they plan to vote for, 20% of those interviewed by the Redfin researchers who said they were planning to vote for Joe Biden said they'd consider leaving the country if he loses, while 5% fewer – or 15% – of President Trump’s supporters said they'd think about leaving.

The survey's author's noted that President Trump himself has said he'd consider leaving the country if he loses, but added that Trump's comment seemed to most observers to "fall into the category of 'I might joke about it, but I won’t actually do it'.

Redfin chief economist Daryl Fairweather said that the desire to leave the U.S. due to political dissatisfaction was "relatable for people on both sides of the aisle", but that most people who would tell someone conducting a survey that they'd consider it were in fact unlikely to follow through, "given the financial and legal barriers".

Nevertheless, he said that the "uptick" in the percentage of those who say they'd consider leaving, compared with four years ago, was a "sign that the nation has become more politically divided".

Some observers, meanwhile, might suggest that many Americans wouldn't require much persuading to move abroad. As reported here in July,  International Living, an Ireland-based magazine and news website for expatriates, said it has registered a “massive”, five-fold “surge” in the number of Americans checking out its online facility that provides information on moving out of the U.S. The cost of living in the U.S., compared with some other countries, is often cited as a lure for those who are approaching retirement.