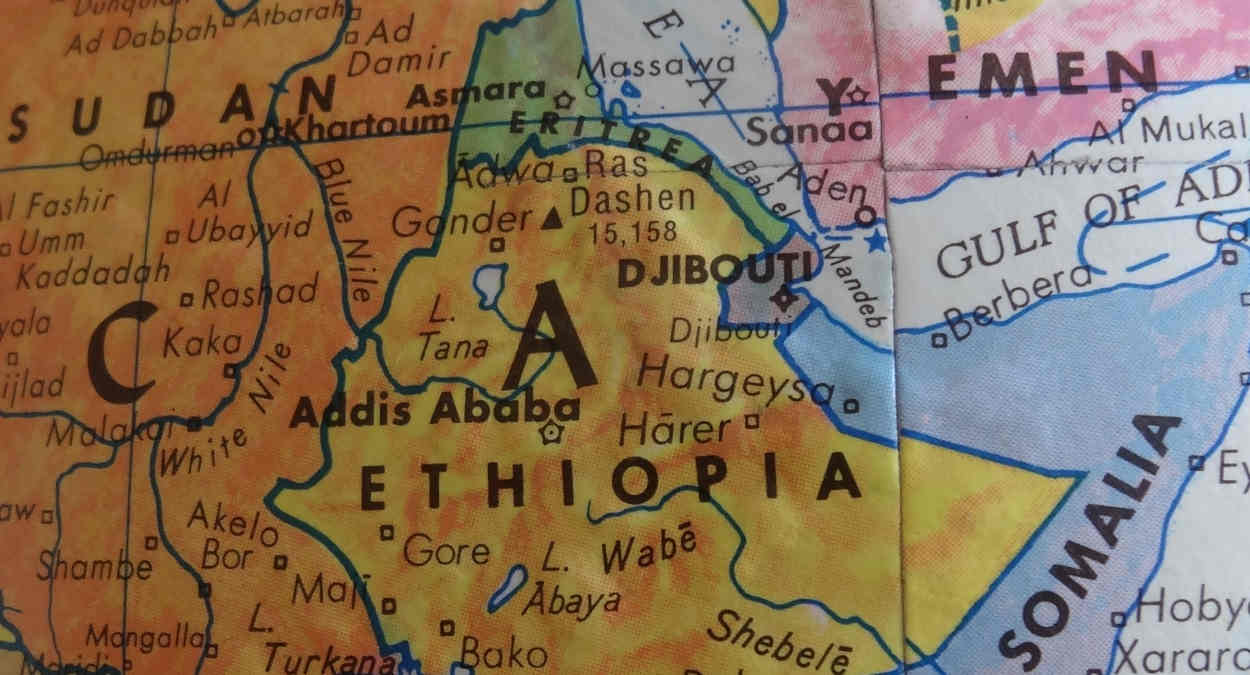 A senior Washington, DC official’s recent opinion piece for the Washington Examiner newspaper, which calls on the U.S. State Department to “stop Eritrea’s illegal ‘diaspora tax’ in the U.S.”, has told the American Expat Financial News Journal that it would be wrong to attempt to compare the Eritrean tax in question with the way the U.S. taxes its expat citizens.

“U.S. double taxation is bad, stupid policy and patently unfair, and rests in the fact that expats collectively have no representative in Congress willing to go to bat for them. But the two cases are not analogous,” Michael Rubin, a resident scholar at the American Enterprise Institute and a former Pentagon official, told the AXFNJ by email today, when asked how he viewed the way Eritrea is taxing its expats, compared to the way the U.S. taxes those of its own citizens who live abroad.

The AXFNJ posed the question on behalf of a number of American expatriates, who have been sharing and Tweeting links to Rubin's article on the Washington Examiner's website, which appeared yesterday (Monday), and which bears the headline, "The State Department can and should stop Eritrea's illegal 'diaspora tax' in the US".

“Eritreans seek to tax people on the basis of ethnicity and not just current citizenship, which is why the UN Security Council condemned the practice in Security Council Resolution 2023,” Rubin added, in his emailed explanation to the AXFNJ.

“In that resolution, the Security Council called out Eritrea for 'using extortion, threats of violence, fraud and other illicit means to collect taxes outside of Eritrea from its nationals or other individuals of Eritrean descent.'

"That action, which falls beyond diplomatic norms and has been documented by human rights groups, is the reason why so many states have cracked down on Eritrean actions.

“Reform U.S. tax policy, sure, but if expats argue that there is no difference between what Africa's North Korea is doing and what the Internal Revenue Service does, they lose all credibility, and ultimately undermine their own case with hyperbole.”

Some Americans resident outside the U.S. and spokespeople for groups who represent them said they remained unconvinced by Rubin's arguments, including the recently-launched Stop Extraterritorial American Taxation advocacy group.

In a posting on its website, the group said the Washington Examiner article "yet again exposes the hypocrisy of so many in the United States with respect to the country’s taxation of its own diaspora, as well as their ignorance on the subject", before going on to detail the reasons the group took issue with the key assumptions underlying the article, including the fact that most double-tax treaty provisions between the U.S. and other countries in fact are "unavailable to U.S. citizens", and therefore "do little to alleviate their burdens".

John Richardson, a Toronto-based American lawyer and expat rights campaigner, said he thought that "what Mr. Rubin seemed to be saying was that the way Eritrea is using its foreign embassies and diplomatic presence in foreign countries, including the U.S., to collect its 'diaspora tax' was wrong", rather than the idea of taxing one's expatriates was in itself wrong.

But even if that were what he was saying, "the way the U.S. uses FATCA to go after its citizens in the countries in which they live and already pay taxes is just as bad if not worse," Richardson added, "particularly when it's used to come after people who have never lived in the U.S. and who have never had any U.S.-source income."

'Only other country that taxes
on the basis of citizenship'

As most Americans who have been living outside of the U.S. quickly discover, Eritrea is often referred to as "the only other country besides the U.S. that taxes on the basis of citizenship" rather than place of residence, and for most such Americans, their knowledge of the Eritrean tax regime – and indeed, much else about the country of Eritrea – ends there.

However, as Rubin points out in his article for the Washington Examiner, it is "one of the world's most brutal dictatorships", and its citizens are currently suffering from "a regime that rivals only North Korea and Turkmenistan" in terms of the "level of its totalitarianism".

"While great hope accompanied Eritrea’s independence almost three decades ago, freedom fighter-turned-independence leader Isaias Afwerki imposed a regime that rivals only North Korea and Turkmenistan in the level of its totalitarianism," Rubin continued.

"To escape mandatory and indefinite conscription (essentially state-sanctioned, lifelong slavery), many Eritreans flee and make the hazardous journey across desert and sea to Europe and, if lucky, eventually to the United States.

"Given the economic ruin that Isaias has wrought upon his homeland, he has long been willing to turn a blind eye toward this flight given how the remittances sent back to their family members helped Eritrea stay afloat.

"The problem with dictators, whether Isaias, Kim, or Turkey's Recep Tayyip Erdogan, is that they are seldom satiated by their own wealth: There is always something more they want, and they waste no effort trying to extract it from their own citizenry.

"So, too, it has become with Isaias. Not content to wait for remittances to come from abroad, Isaias has sought to use the long arms of his dictatorship to levy a 'diaspora tax' on Eritreans abroad, including those who now call themselves Americans."

Rubin goes on to note that Eritrean court journalists and regime apologists might argue that the tax on the country's expats is entirely legal, but that in fact, "the nature of law in Isaias’s Eritrea is akin to Louis XIV’s famous quip, 'L'etat, c'est moi.'

"In short, the law is only the word of an absolute dictator and nothing more."

The U.S. has had a citizenship-based tax regime for more than a century.  A Wall Street Journal article in 2012 noted that the U.S. rule – "not so different from war-torn Eritrea’s – has its roots in desperate national conflict," having begun in 1861 as an income tax in the early months of the American Civil War. This saw a 3% tax levied on personal incomes of more than $800, "but a 5% tax on income earned in the U.S. by 'any citizen of the United States residing abroad'."

The WSJ  article went on to note that the aim of this rule aimed at citizens living abroad had originally been intended "to prevent wealthy people ducking their military and civic obligations by fleeing the U.S. in its time of crisis", but that it was expanded in 1864, "to include income from all sources, no matter where [it was] generated.

"Scholars say this happened as the proud sense of being a citizen of the U.S. – with all its opportunities and obligations – first flowered out of the battlefields.

"That model of citizenship-based taxation has remained in the U.S. law ever since, even as the rest of the world has gravitated to a different model, one that simply considers where the taxpayer is living at the moment."

For today's U.S. expats, America's citizenship-based regime only began to become a major problem after the Foreign Account Tax Compliance Act came into force in 2010. This law obliged non-U.S. financial institutions to report to the U.S. on all of their American account-holders, which meant that, for the first time, the U.S. authorities knew about all the Americans who were resident outside of the U.S. (as well as those in the U.S. who had non-U.S. financial accounts, the identification of which had been the original purpose of FATCA).

Expatriate advocacy organizations such as the American Citizens Abroad, as well as the Republicans Overseas and Democrats Abroad, have tried to persuade Congress to move the U.S. to a residence-base tax regime, like most of the rest of the world – with the exception of Eritrea – has, but as Rubin notes above, the idea has yet to find enough supporters in Congress to make any progress.

More in this category: « Tax expert warns Americans with Foreign Trust Forms 3520, 3520-A: IRS may be after you MEPs, European 'accidental' petitioner slam lack of response by EU Commission to U.S. 'extraterritoriality' »