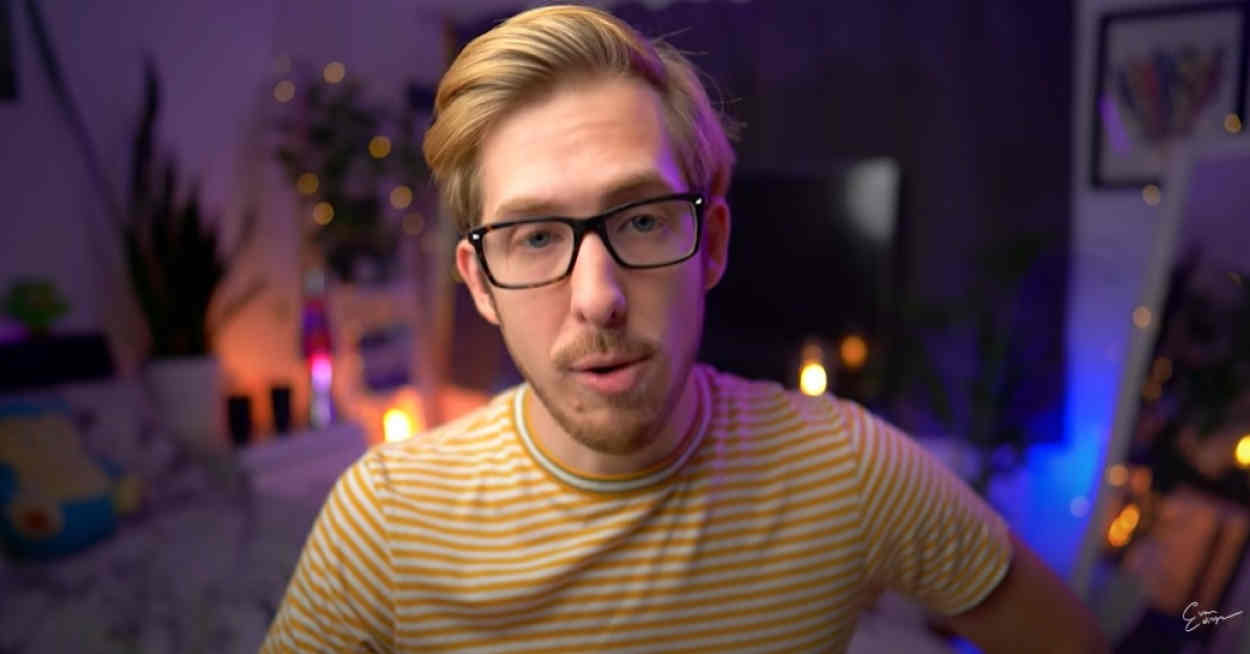 A bespectacled, 30-year-old American expat who isn't afraid of acting silly or making faces in front of a camera – as long as it's likely to elicit laughs – is finding a rapidly-growing audience among his American peers around the world, as he examines the myriad and often unbelievable complications of being a U.S. person who is resident outside of the United States.

Evan Edinger, pictured above, is originally from New Jersey, and came to London in 2012 to pursue a master's degree in actuarial science. He says he first began posting YouTube videos in 2010, while studying mathematics at Rowan University in his home state.

Today, doing YouTube videos from his bedroom in west London has become his day job, and his two YouTube channels – Evan Edinger, and Evan Edinger Travel – have more than 750,000 subscribers between them.

His videos on these two channels thus far have been seen by more than 100 million viewers, as his observations on such American expat topics as U.S. tax obligations and whether one should renounce one’s American citizenship, along with less serious topics (such as British vrs. American baby names, Legal restrictions on the use of the American flag for advertising purposes, Top 50 British words Americans pronounce wrong, What was your biggest Reverse Culture Shock, etc.) are increasingly being shared by fellow expats via Twitter, Facebook and emails.

He, meanwhile, is pondering how best to nurture his growing brand, and fame, as he yearns to make enough money to buy a home, ideally in London – as he is, he notes, of an age when such thoughts begin to weigh, but for now, anyway, he’s not yet making the three-figure banker’s salary such properties in London typically require.

YouTube is at least paying the rent, though, in a shared property, and he’s beginning to branch out as a video producer, event emcee and general freelance video marketing expert.

(One day, he admits, he may even try his hand at stand-up comedy, which some other American expats have had some success with on this side of the pond.)

Not quite the high school
guidance counselor's plan...

None of this, of course, is quite what he or his high school guidance counselor had in mind when he set off to Rowan with the idea of pursuing a career in mathematics, Edinger says today.

“It started when I was at college, and I’d been watching YouTube since the beginning, say, 2005, 2006, and I thought, ‘well, I could do this, I have opinions and things I think are funny too’,” he recalls.

“So I just started filming myself in my dorm, on my MacBook, with a little webcam.

“I did anything I could: ukulele covers, ukulele tutorials, and opinion videos – when something would happen in the news, I’d say ‘here’s what I think about that’ and make jokes about it.”

Edinger admits that it took him a few years to develop “any traction at all” audience-wise, and that it remained a hobby well into his first few years in the UK, where he started out as a graduate student at Cass Business School in London.

But this is when his content began to capture the eye of other American expats, as well as Brits, and as it did – while holding down a series of entry-level jobs mostly in marketing – he began to realize that he was onto something a bit special, with his YouTube sketches on U.S. expat subjects.

“I was very surprised at first,” he says today.

“But my niche is that ‘I’m an American living in the UK’ – that’s been the No. 1 view-grabber for my channel.

“Almost any video I do with the ‘British vrs. American’ topic, people will watch.

“Normally I do these with a British friend, who joins me to talk about a specific topic, and how it’s different in the U.S. vrs. here in the UK. And the audience is like, ‘ah, now I get it!’”

While most of these videos are intended to be little more than entertaining, a growing number, Edinger says, are what he calls “comedic, but yet researched” productions, which he calls “edu-tainment” videos that he believes can help to make important subjects, such as tax and citizenship, more understandable and interesting to an audience that normally avoids them more than it probably should.

One example of these, he says, is a recent 20-minute dive into "What it’s like as an American abroad with taxes: Double taxation”. (When viewed recently, this episode was preceded by a video ad for MyExpatTaxes, an online tax preparer.)

Edinger estimates this episode took him “about 55 hours to create, from beginning to end, and I did all of that within one week” (he posts a new video every Sunday).

Whether anyone makes money doing this sort of thing, he continues, depends on whether “your audience is big enough.

“Say you get, let’s say, 2 million monthly views, well that’s enough to, say, live pretty comfortably in London, plus you can also make money from selling merchandise, or doing videos that sell products.”

On the other hand, he’s the first to admit, there’s not a lot of job security, never mind a final-salary company pension plan, to fall back on.

For now, though, he’s been abroad long enough that he knows more about the issues facing American expats than many who have arrived more recently. What’s more, his background in mathematics enables him to face unflinchingly some of the financial subjects that many other expats instinctively avoid.

He also has the advantage of having lived through – or being in the process of living through – issues thousands if not millions of fellow American expats are facing. Such as, he explains, deciding whether or not to renounce one’s citizenship if one happens to have a significant amount of money still owing to the U.S. government for one’s college loans.

(This is because as long as you’re a U.S. citizen and living abroad, if you don’t make more than a certain amount of money annually, you don’t have to re-pay anything – but if you were to seek to renounce, that college loan bill is likely to be expected to be paid in full.)

“I’ll be making a video about this soon, hopefully in the next couple of weeks,” Edinger adds.

Asked what he believes his YouTube channel can do to improve things for his fellow expats, Edinger says: “Informing as many of them as possible” about the issues they face, “so they have all the information they need”.

“Obviously establishing a residence-based tax system, like the rest of the world has, would make a huge difference, as would having a bit more representation [in Congress for expats],” he says.

So too, he notes, would “better communications from Washington to American expatriates around the world, so everyone isn’t always feeling like they’re being caught on the wrong foot all the time…

“These are also topics I think are important to address.

“Expats should be able to go to their local American embassy and pick up a comprehensive information package spelling out everything they need to know – which is something that, as far as I’m aware at least, doesn’t exist now.

"There are groups on Facebook, publications produced by wealth managers and so forth, but nothing comprehensive that’s funded by the government.

And it should also be available online.”

An example of one of the many aspects of being an American expat that Edinger – an enthusiastic fan of cryptocurrencies – cites, and something he plans to address in a future video, is the way the U.S. taxes the “crypto” earnings of expats like him.

“In the UK, they, rightfully, take 20% of your crypto earnings, as you have, you know, made money on something. That’s fair,” he says.

• “What it’s like as an American abroad with taxes: Double taxation”

• “Would I Ever Renounce My Citizenship?”