Sanctuary Wealth, an Indianapolis, Indiana-based wealth management company that recently announced plans to expand into the international market, has sold a 55% stake to Azimut Holding, a listed, Milan-based but globally-focused asset manager.

Azimut is said to be paying US$50m in cash for its holding in two-year-old Sanctuary Wealth. The deal, which is being overseen by Azimut's U.S. subsidiary, AZ US Holdings, is expected to close by the end of the fourth quarter.

Founded in 1989, Azimut is said to be one of Europe's largest independent asset managers, with assets under management of around US$67bn, and operations in some 17 countries around the world.

As reported here in September, Sanctuary Wealth is in the process of expanding its business with the addition of between two and five "established international advisory teams" over the next 12 months. With this aim in mind, it named long-time Merrill Lynch executive Susan Graybeal to the newly-created post of director of International Wealth Management in August.

Sanctuary Wealth officials were said to believe that by expanding into the international market – and by doing so by signing up advisers and teams of advisers to work with the company rather than for it (as its model within the U.S.) – the company would be better equipped to service American expats, as well as such individuals as British, Australian and Europeans who live in the U.S. or elsewhere.

In a joint statement issued earlier this month, executives for Sanctuary Wealth and Azimut said they believed the two companies' similar strategies and business philosophies would help to drive their partnership going forward.

Azimut Group chairman Pietro Giuliani said he and his Azimut colleagues found in Sanctuary the same values of "independence, entrepreneurship and value creation for both clients and shareholders" that comprised their company's DNA, and for this reaso were "thrilled" to be "partnering with such like-minded professionals.

“Like Sanctuary, Azimut is fundamentally a growth-oriented company, with a long-term vision and partially owned by our advisers and employees, which is why we were aligned from day one."

A spokesperson for Sanctuary Wealth said the Azimut investment wasn't specifically sought to fund the company's international expansion drive, but that it nevertheless is viewed as a "positive that Azimut was a global asset management firm, with relationships and synergies that could be helpful as we built out our platform internationally."

Consolidation in the wealth management as well as the asset management sectors has been underway for some time globally, as various factors – including lower investment returns, greater transparency, a steady move towards passive investing and most recently, the collapse of the world's economy as a result of the Covid-19 pandemic – have strained such businesses, particularly smaller ones.

As ever, acquisition is also seen as a quick and efficient way to enter a new market.

Less than five months ago, for example, Creative Planning of Overland Park, Kansas, one of the largest Registered Investment Advisory firms in the U.S., was revealed to be in the process of acquiring Thun Financial Advisors, an established, Madison, Wisconsin firm with some 500 expat clients in more than 50 countries around the world, as it, too, prepared to target the global expat market.

Focus Financial Partners Inc., a New York-based "partnership" of wealth management businesses located mainly in the U.S. that listed its shares for the first time on the Nasdaq index in 2018, has also been steadily adding businesses, including a number outside the U.S., such as Toronto-based Nexus Investment Management, last December, and, a few months before that, Skeet Kaye Hopkins, a London-based wealth manager specializing in looking after high- to ultra-high-net-worth clients in the entertainment industry.

Another wealth manager on the acquisition trail has been Toronto-based CI Financial, which thus far this year has snapped up 12 U.S. wealth firms, as part of its strategy to become a major force in the U.S. market. As part of this strategy, it has applied for and been approved to list its shares on the New York Stock Exchange, which it will do as of Nov. 17. (It's already listed, and will continue to be, on on the Toronto Stock Exchange.) 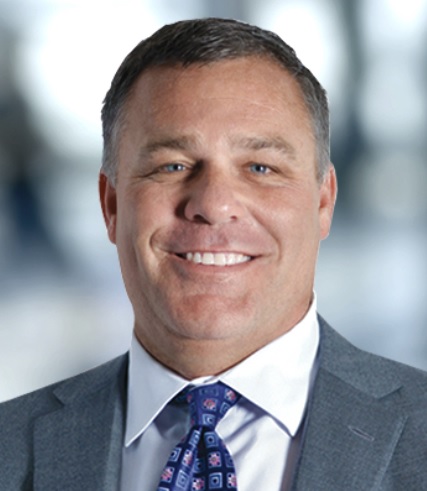 Sanctuary Wealth chief executive and founder Jim Dickson, pictured left, founded the company in 2018 – after spending what the company’s website says were “more than 20 years in senior positions on Wall Street”, after which, “like many of his peers, [he realized] that the business had changed, and not for the better”.

The result, the website continues, is a business that aims “to deliver partnered independence to financial advisers, who have the entrepreneurial drive to be business owners rather than employees”.

The company currently has some 40 independent adviser firms on its U.S. domestic platform, covering clients in 14 states, which together look after more than US$12bn in assets under advisement for their clients.

More in this category: « American YouTube comedy star builds global following as he explores strange-but-true life of being a U.S. expat Dems Abroad to host webinar on Social Security benefits available for Americans resident outside U.S. »