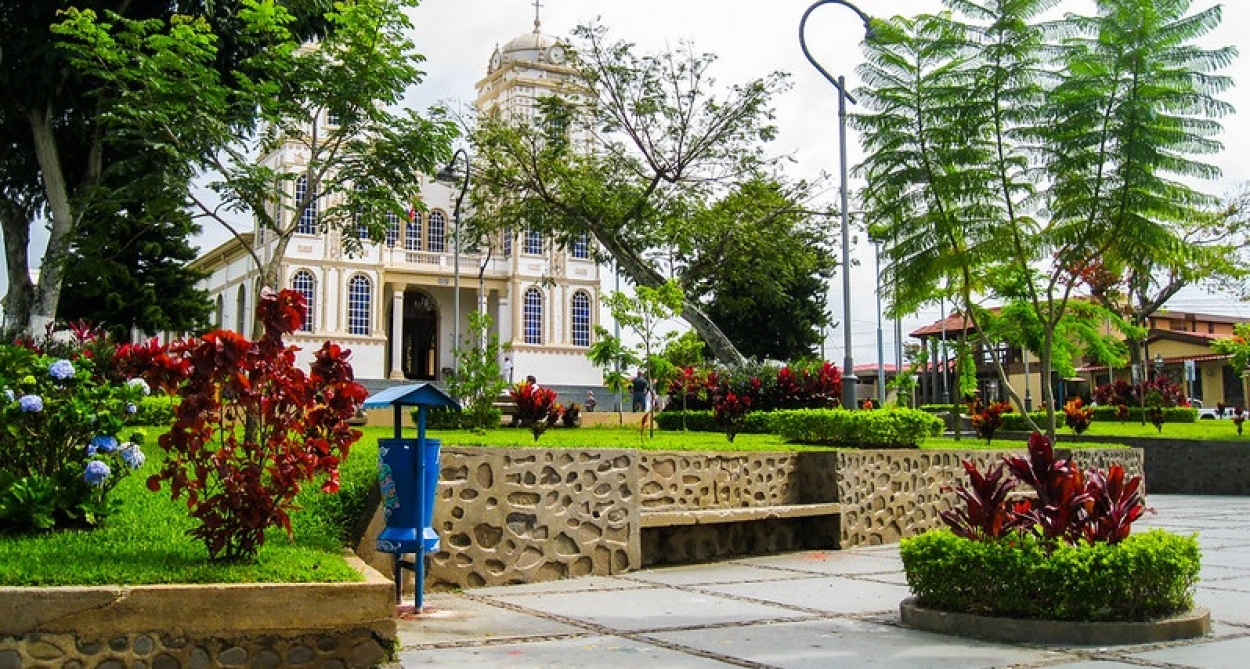 Costa Rica, a Central American country long known to be a favorite of Americans looking for a stable and agreeable place to retire, has topped International Living's annual Global Retirement Index this year, after coming in third last year and second the year before.

In taking the top position, it displaces Portugal, which moves to fifth place, but which remains the highest-ranking retirement destination that isn't in Latin America, a common feature of International Living's annual retirement jurisdiction league table. (See this year's Top 10, and last year's, below.)

The next four jurisdictions in order, counting down from Costa Rica, this year are Panama, Mexico and Columbia, according to the publication, which has a global audience but which gets more than 80% of its readers from the U.S.

New to the Top Ten on this year's list is the island of Malta; sliding out of the Top Ten, to eleventh place, was Spain.

Altogether the Global Retirement Index features, in declining order, the names of some 25 jurisdictions that International Living's research revealed to offer would-be retirees the best options in terms of climate, cost of living, lifestyle and other considerations.

The bottom five countries on the list this year, in declining order, are the Dominican Republic, Roatan, Croatia, Bolivia and Nicaragua.

As this and other publications and media organizations have been reporting in recent years, more and more Americans are retiring abroad, often to such nearby countries as Mexico and Central America, as the cost of retiring in the U.S. is so high by comparison with these jurisdictions.

Acording to Social Security Administration data, the number of Americans heading overseas to retire leapt by 40% between 2007 and 2017, and all indications are that the trend has been continuing.

In its magazine coverage of this year's Retirement Index, International Living notes that Costa Rica "is a model for comfortable living, famous for its longtime political stability and public safety."

"What's more, as a retirement destination, it comes with built-in respect for the wisdom and experience you've gained over the decades," it adds.

"In Costa Rica, retirees are valued members of society. By law, they're given head-of-line privileges at banks and government offices. And at stores and other places of business it just happens -- it's how people were raised."

The magazine's website coverage of the same story notes that Costa Rica, which means "Rich Coast" in Spanish, is also known as the “Switzerland of Central America” for its peace-loving nature, "in a region often plagued by political and civil unrest".

"Costa Rica abolished their army in 1948, and pledged that budget to education and healthcare," it continues, "resulting in a well-educated population, and medical access for all citizens and legal residents."

This year's compilation of the Global Retirement Index is International Living's 30th. The magazine was actually founded more than 40 years ago, and today is based in Ireland. It says its annual index is "the most comprehensive and in-depth survey of its kind", and that it is based on "a vast amount of hard data" distilled by its internationally-based team of editors and correspondents, with the methodology constantly being refined.

To access this year's International Living Retirement Index in full, click here. For a table comparing this year's top ten jurisdictions with last year's, see below. 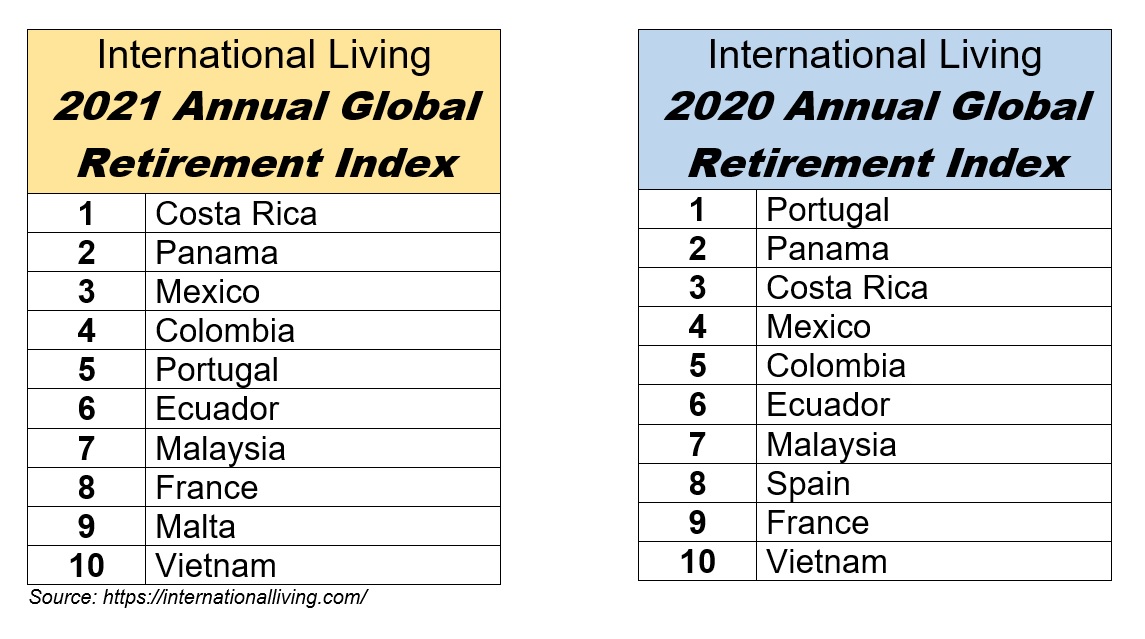