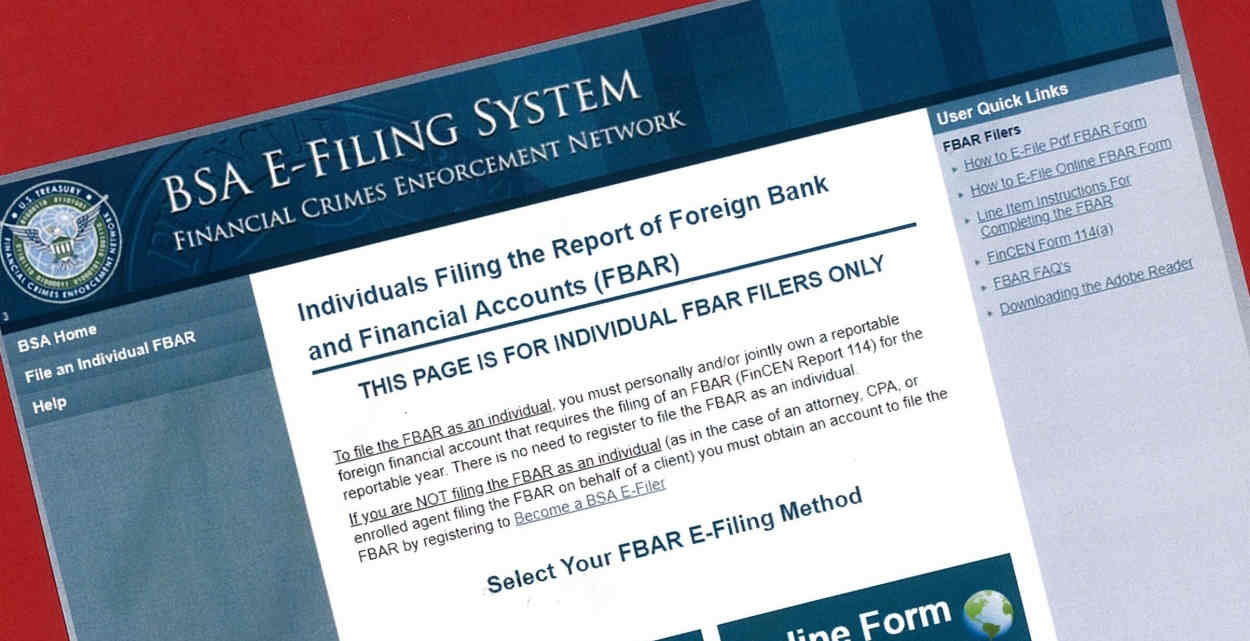 Virginia La Torre Jeker, a Dubai-based U.S. expat tax law practitioner and well-known blogger on American tax issues, will hold a one-and-a-half-hour-plus, live online training session for FBAR preparers and/or their clients on March 16, accompanied by Jimmy Sexton, another international tax expert who is also based in Dubai.

In a statement, La Torre Jeker says she and Sexton will aim to "make FBAR matters simple in a cost-effective online training session."

"Whether you are preparing your own FBARs or those of your clients, the truth is that some FBAR situations are simple and others are not.

"We believe FBAR issues have been made overly scary and overly complicated. Our live webinar will guide you through the maze. Simply."

The session will include a "30-minute Q&A" plus a flowchart, La Torre Jeker says.

FBARs – also known as "FinCEN Report 114s" – are not a tax but an information reprting form that Americans, whether they live in the U.S. or abroad, must file every year that their offshore bank and financial account holdings total US$10,000 or more at any time during the U.S. tax year, even if it's just for a day.

The Foreign Bank Account Report was formally created by Congress and signed into law by President Nixon in 1970, as part of something called the Bank Secrecy Act.

However, it only began to attract attention, and headlines, after FATCA (see above) came into force in 2014. Because FATCA obliges non-U.S. banks and financial institutions to inform the U.S. about all the accounts they hold on behalf of American clients, the U.S. authorities for the first time began to have a picture of the overseas account holdings of millions of Americans who until this point had not been reporting them.

At the time FBARs were introduced, US$10,000 was a far more significant amount for an American to be holding in a non-U.S. bank or financial account than it is now, due to more than 50 years of inflation, FBAR critics point out, in arguing this minimum should be raised, in order to reduce the number of "non-wilfull" failures to file FBAR that there are every year, even though awareness of them has grown, at least among expatriates. FBARs are still said to be relatively-unknown back in the U.S., even among tax professionals, since they aren't, technically, a tax.

When Stateside Americans hear about them, it's often in connection with a story about the penalties an individual found to have been "wilful" in their failure to comply with the FBAR rules has been hit with. These penalties can run as high as 100% of the highest amount held in the foreign financial account in question, in the event of such a "wilful" failure to file.

In her webinar in 2018 with Richardson, La Torre Jeker noted that one of the most astonishing things about the FBAR, and other significant reporting obligations that come with American citizenship, is that no one warns or even informs those of other nationalities, who are in the process of becoming U.S. citizens, about them.

Nor are those about to get a Green Card, for work purposes for example, advised that it comes with filing obligations attached to it, she told Richardson.

“I find [it] just unbelievable that there is no education given to these people,” she went on, adding that she had met many people who were dismayed after finding this out later on.

To read more about La Torre Jeker's FBAR webinar, and to register to participate, click here.

To read about how last year's deadline for filing FBARs was changed... then changed again... click here.