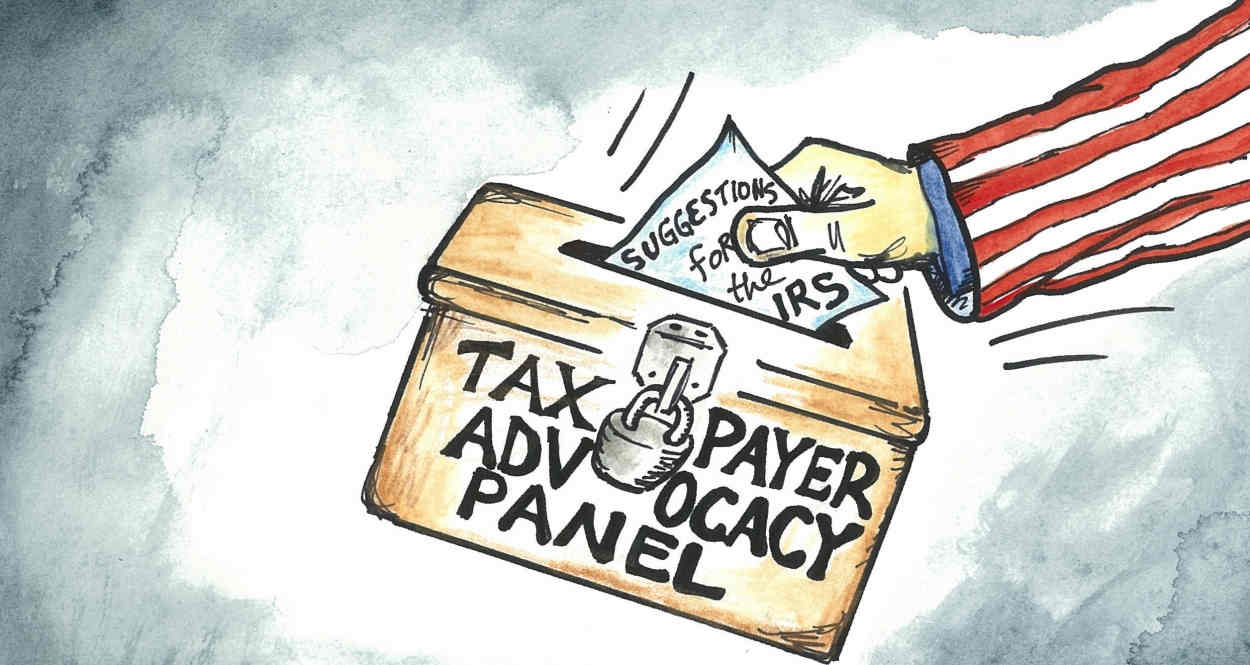 American citizens who are resident overseas, and who would like a chance to make the American Internal Revenue Service better and more accountable to taxpayers, may wish to consider applying for the soon-to-be-vacated only international seat on the IRS's Taxpayer Advocacy Panel, currently held by suburban Paris-based Laura Snyder.

Her three-year term won't end until Dec. 31, 2021, but the recruitment process, which is expected to begin in March, is lengthy, according to Dr. Snyder (pictured left).

"TAP membership is not a full-time role, nor is it paid – it's entirely voluntary," Dr. Snyder, who has herself been living abroad since 1995, added.

"Expenses are reimbursed, which meant something back when people used to travel, as there was a two-and-a-half day face-to-face TAP meeting held annually. That's been held online lately, of course.

"In terms of commitment, it would require about 500 hours of a person's time a year, in order for them to be effective in the role."

It is comprised of around 75 members who volunteer to serve a three-year term, and who, in addition to the sole overseas' representative, represent all 50 states, the District of Columbia and Puerto Rico, the website adds.

In an article she wrote for the American Expat Financial News Journal during her first year in the role, Dr. Snyder said that she believed herself to be only the third TAP member to represent “international taxpayers.”

"There are no special educational or professional requirements to be a TAP member," she went on.

Originally from Eureka, Illinois, Dr. Snyder, who has spent most of the past 25 years in France, apart from two years in the UK, says she expects she'll continue to live on the outskirts of Paris after her TAP term ends, in addition to continuing her work on behalf of expatriate Americans, both as a member of the newly-formed advocacy organization known as SEAT (Stop Extra-territorial American Taxation), which she heads up, and as a recently-named member of the board of the Paris-based Association of Americans Resident Overseas.

Dr. Snyder may have just 10 months left in her TAP seat, but https://www.improveirs.org/submit-a-suggestion/ as her involvement with SEAT and AARO suggest – she's still determined to ensure that expats' voices are heard at the IRS.

For this reason, she's urging us to tell American Expat Financial News Journal readers to reach out with their issues and concerns.

TAP, she stresses, "addresses systemic issues only – that is, issues that affect many people. TAP does not address issues that are specific/personal for a given individual – Local Taxpayer Advocates (LTAs) address those.

"TAP also addresses service issues only. TAP is not able to address issues that would require a legal or regulatory change."

Those wishing to make a suggestion need to do so "via the online portal "– https://www.improveirs.org/submit-a-suggestion/ – "and should follow the additional guidelines here,"  Dr. Snyder says, if they wish it to be acted upon by TAP.

However, she still urges her expat constituents with suggestions for improving the IRS to also "please email to me the contents of the suggestion you submitted via the portal, and the date you submitted it, so that I can track it within TAP, to be sure that it's addressed." (Her email address is This email address is being protected from spambots. You need JavaScript enabled to view it..)

Anonymous suggestions are also possible, Dr. Snyder says, although those who opt for this approach won't be able to monitor the progress of their suggestion, as an email address is necessary for this.. "though entirely optional."

"In advance, thank you! " she concludes.

"TAP can’t function without your suggestions."