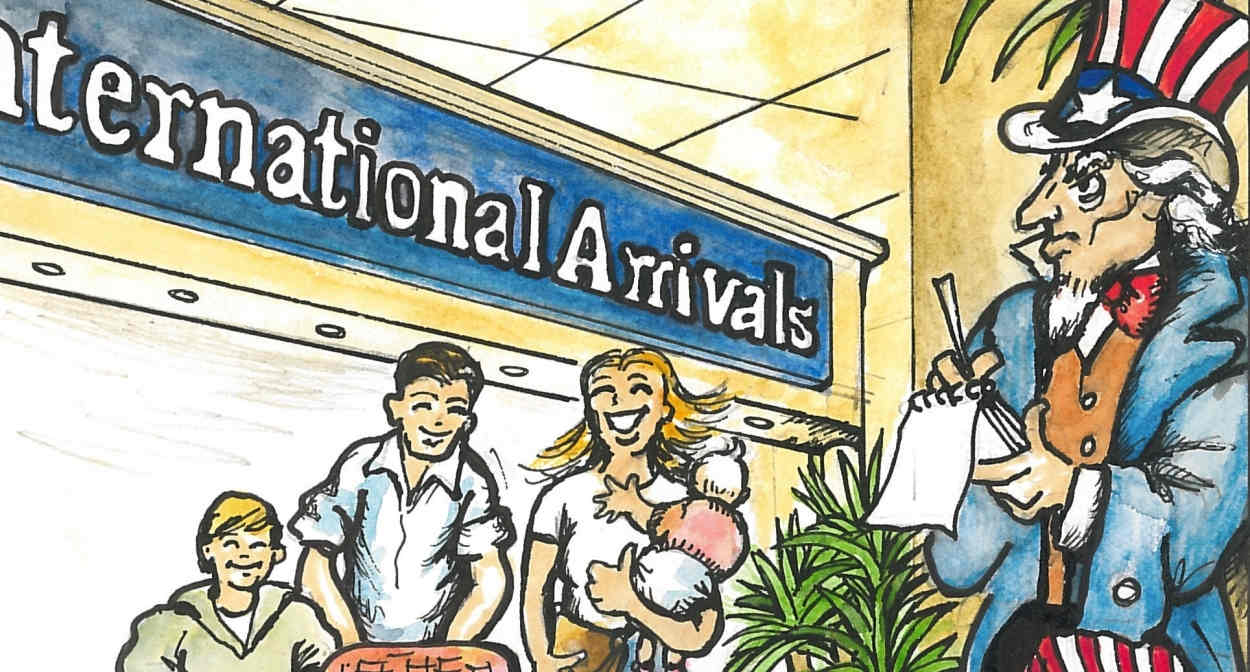 Americans who live abroad are subject to stigmatization by U.S. policymakers and public figures, and this stigmatization "is used to justify" the "punishing taxation and banking policies" such expats are currently subject to, according to a just-published paper by Paris-based U.S. expat and expat issue activist Laura Snyder.

This stigmatization must be "made unacceptable," Dr. Snyder's paper goes on to explain, "like other forms of prejudice (racism, sexism, ageism, etc.) have been."

Taxing the American Emigrant, which is 46 pages long, has just appeared in the latest edition of the American Bar Association's journal, The Tax Lawyer, and may also be viewed on the SSRN website by clicking here.

Dr. Snyder, who as reported is one of the co-founders of a new organization called Stop Extraterritorial American Taxation – and who is also, for a few more months, the sole international representative on the IRS's Taxpayer Advocacy Panel – says the paper first emerged out of what she saw almost two years ago, when she joined the delegation of members of the Paris-based Association of Americans Resident Overseas on their annual week in Washington in June, 2019. She recalls being "taken aback by the extent of the prejudice against Americans living overseas that I saw in some of the policymakers we met there."

"Not in all of them, but in enough to realize that it's a serious problem that has to be addressed, for any change to occur," she says today. The second impetus for putting the paper together came later the same year, during a December conference "on the topics of diaspora and migration" in Prague, where, for the first time, she encountered the word, and concept, of "placism," and its consequences for migrants.

"As I listened to [a presentation on the topic] I immediately recognized its direct pertinence to the situation of American emigrants," she says.

"It was at that moment that the seed of the idea for the article was planted, and when I got home I started the research."

As for what she hopes her paper might achieve, Dr. Snyder says she envisions it giving "both organizations representing Americans living overseas as well as individuals American expats themselves" a solid source of information as well as fresh insight that they might draw on "in their communications with members of Congress and other policymakers," just as she's done during her time as a member of the Taxpayer Advocacy Panel.

Dr.Snyder, pictured above, begins her paper by detailing the "many consequences from the extraterritorial application of U.S. taxation and banking policies" that American expats today have to deal with, beginning with the fact that "their names, addresses and Social Security numbers are collected, placed on lists of 'suspected U.S. persons,' and submitted to a 'Crimes Enforcement Network.'"

At the same time, she continues, they must also struggle with "incompatible tax systems, resulting in penalizing taxation, the inability to make investments and save for retirement, the inability to hold title to family assets, the denial of bank accounts and other financial services, and the denial of employment, entrepreneurial and community service opportunities."

Dr. Snyder then goes on to address what she calls "placism," which she defines as a variety of "bigotry" that's "based on place"  in a manner not unlike that of such better-known bigotries as racism, sexism, ageism and classism," which she notes has affected both immigrants to as well as emigrants from the United States.

She explores how placism is used to support certain policies, pointing to the way such Expatland words and expressions as "GILTI," "FATCA[T]" and "suspected U.S. person" are used to "enshrine" the prejudice towards American emigrants in the very texts of U.S. taxation and banking laws, and official documentation issued by U.S. federal agencies," and in so doing reflects "the prejudices espoused by U.S. policymakers and other public figures."

Even the popular media contribute to this stigmatization of the American emigrant, she argues, "by propagating depictions of them in a villainous light," such as portraying them as tax evaders who lead "lives of indolence, typically on a tropical beach."

Dr. Snyder concludes by arguing that the time has come "to call out the prejudices and biases held towards American emigrants," and accepting that "citizenship is a human right" just as "leaving one's country and returning to it are human rights" as well.

"They are ordinary people seeking to lead ordinary lives in the places in which they live, but they are prevented from doing so because of the extraterritorial application of U.S. taxation and banking policies.

"It is only by calling out these prejudices and biases that society can render them unacceptable, and thereby realistically seek changes to the policies that actively discriminate against American emigrants."

As reported, Dr. Snyder is originally from Eureka, Illinois, and has been an expatriate American herself since 1995. Most of that time she’s spent in France, apart from two years in the UK.

She says she expects she'll continue to live on the outskirts of Paris after her TAP term ends, in addition to continuing her work on behalf of expatriate Americans, both as a member of SEAT, as mentioned above, which she actually heads up, and as a recently-named member of the board of the Paris-based Association of Americans Resident Overseas.