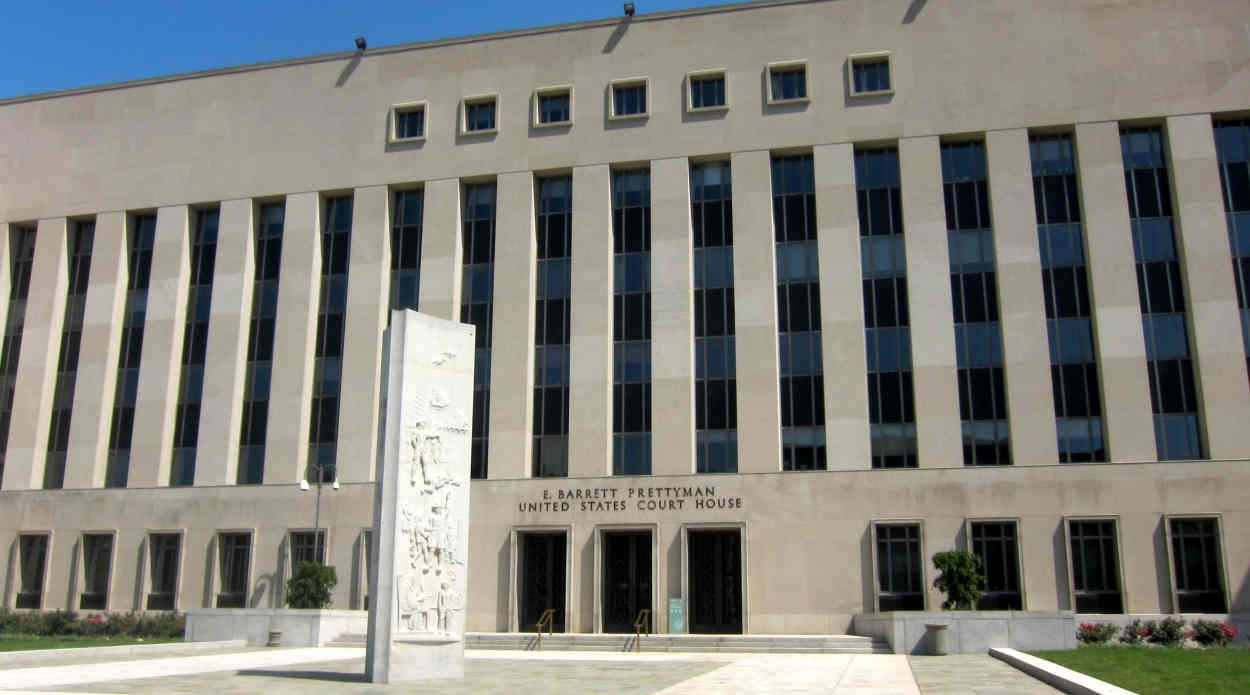 More than a year after a U.S. District Court judge ruled that Tel Aviv-headquartered U.S. tax attorney Monte Silver could go ahead with his legal challenge to a key component of President Trump's December 2017 tax reform legislation, his right to bring the challenge is continuing to be the central issue in the case, it emerged earlier this week.

In oral arguments that took place for around two hours on Monday at the U.S. District Court for the District of Columbia (pictured above) – with the help of video conferencing technology – District Court Judge Amit P. Mehta again questioned whether Silver's Israel-based company is actually subject to the specific regulations that Silver is seeking to challenge.

The focus on Silver's right to bring the challenge is understood to be the IRS's preferred line of defense, although it is one that the court will also want to be sure of before proceeding.

However, as reported, it was Judge Mehta who, in a Dec. 24, 2019 memorandum opinion and order in Monte Silver and Monte Silver Ltd. v. IRS, ruled that Silver's case could go ahead – rejecting at that point, in other words, the IRS's contention that Silver and his fellow plaintiffs "lacked standing" in the matter.

In doing so the judge at that point seemed to open the door for Silver to begin presenting his arguments for claiming that the so-called Transition Tax elements of Trump's Tax Cuts and Jobs Act are procedurally invalid, because, he claims, the government failed to take into account their effects on small businesses like his, by carrying out a "regulatory flexibility analysis."

The government is required to do this under the Regulatory Flexibility Act (RFA), a U.S. law that requires federal agencies to review regulations for their impact on small businesses.

The IRS has claimed that it had fully complied with the necessary regulations before allowing the TCJA to take effect. On Monday, it was represented by Justice Department attorneys.

During Monday's hearing, Judge Mehta's questions as to whether the foreign corporation that's part of the entity bringing the challenge, Monte Silver Ltd., was in fact subject to the regulations at issue in the case.

Afterwards, Zell explained that the judge in the case was focusing on "two principal standing issues".

"The first concerns whether Silver and his company have an ongoing or future injury sufficient to justify the court granting injunctive relief against the [IRS]. The judge is concerned about this, because the question goes to his jurisdiction under the Constitution to hear the case.

"Our response was that we are not actually seeking injunctive relief, but rather, are only asking the court to order the statutory remedies prescribed by the RFA, which include remand to the IRS, and deferral of the effectiveness of the regulations with respect to small businesses, pending the rectification of the agency's errors."

The other issue, Zell went on, had to do with whether Silver and his company were in fact "small entities" for purposes of the RFA.

He added: "Silver and his company have a powerful and persuasive case, that the IRS certification – that the Transition Tax regulations do not have a significant economic impact on a substantial number of small entities – lacks an adequate factual basis, and was therefore invalid.

"Consequently, everything turns on [his] standing [to bring the challenge]."

Asked about how the hearing went on Monday, Zell said the "Silver et al". team had been "impressed by Judge Mehta's familiarity with the core issues in the case" as well as "surprised by the Government's inability to answer basic questions posed by the court."

He added: "We are cautiously optimistic."

In a posting on Facebook, Silver said: "The judge was fair and tough on both sides.

"There is no question that the government violated the law. The key question is standing – do we have the right to bring this suit.

"The judge did not rule in the hearing, and will issue the judgment in writing when it is complete."

Silver, pictured above, filed his lawsuit in February, 2019, after certain asked-for last-minute changes to Trump's Tax Cuts and Jobs Act weren't made, leaving intact what he and others claimed was its harsh treatment of owners of small, non-U.S. businesses owned by Americans.

At the time he filed his lawsuit, other American expatriates who own small businesses located outside of the U.S. were reacting with frustration, dismay and in some cases, disbelief and fury, as the implications of the legislation began to emerge, alongside reports that the government had drafted it without, it was said, taking into account what it would mean for businesses like theirs.

Designed to go after large multinational companies owned by Americans that had been seen to have held corporate profits overseas for decades to avoid paying U.S. tax on them, the new regulations impose a one-off tax on previously-untaxed foreign earnings dating all the way back to 1986.

In June of last year, Silver filed another legal challenge in the same court as his Transition Tax lawsuit over another aspect of the same Trump bill – specifically, its so-called “global intangible low-taxed income” (GILTI) elements. Here too he argued that the government had failed to carry out a regulatory flexibility analysis of certain of its most potentially damaging, to overseas small-business owners, elements, prior to including them in the legislation.

As reported, Monday's hearing was made available to the public to listen in on, via the court's toll-free public access line.

No further hearings have been scheduled in the case. It's thought the next step could be a summary judgment awarded to either party, or possibly a supplemental briefing on the question of Silver et al.'s right to bring their challenge.

Related story: American small biz owner in EU: ‘Trump’s made it impossible for expats like me to compete outside the U.S.’