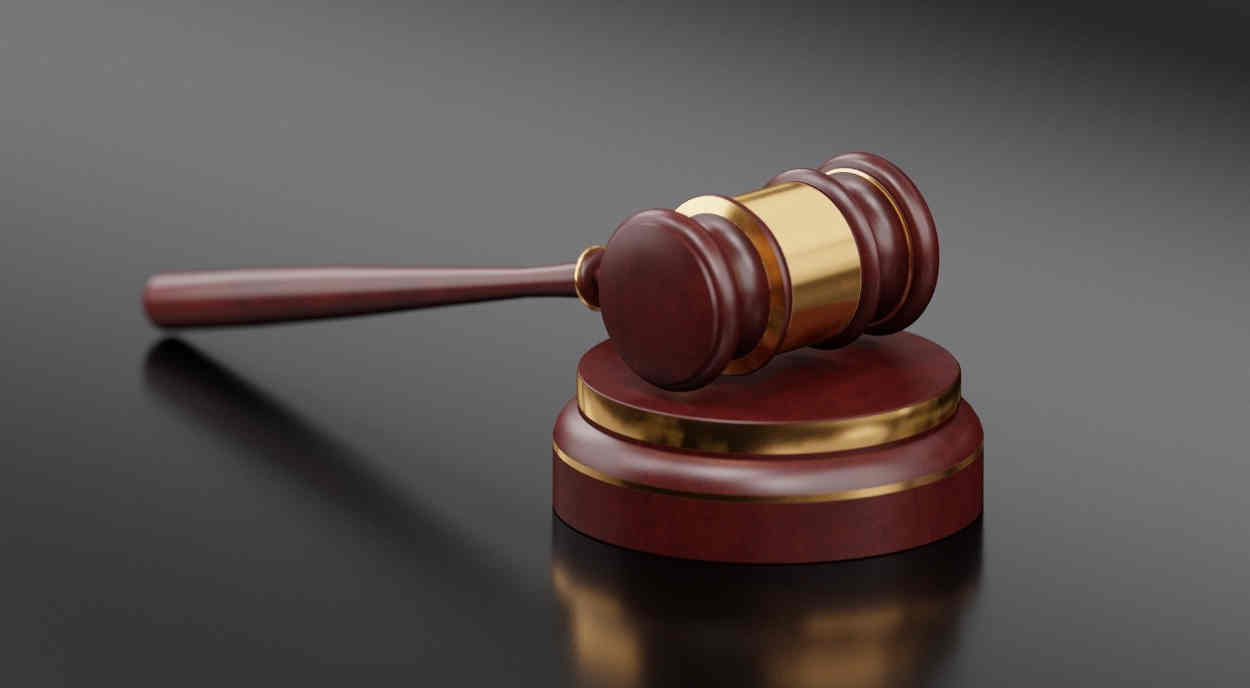 In the latest in a series of cases that experts say has potentially major repercussions for expatriate Americans, a U.S. District Court in California has ruled that the penalty for a so-called "non-willful" failure to file foreign bank account reports (FBARs) should be calculated on a "per-FBAR", annual form basis, rather than for each bank account held by the American taxpayer in question outside the U.S.

The judgment in United States v. Boyd, which was published on Wednesday (March 24), was seen by a number of legal experts as reinforcing what had already begun to emerge as a legal precedent in the area of non-willful FBAR litigation, in support of the idea that FBAR penalties should be based on the per-year rather than per-bank account basis.

FBARs are a type of asset reporting document that Americans at home and abroad are obliged to file every year that their holdings in one or more non-U.S. financial or bank accounts total US$10,000 or more, even if just for a day.

Even though such FBARs technically date back to the Bank Secrecy Act of 1970, there has not yet been any official clarity as to whether the penalty for non-willful FBAR violations was to be applied per FBAR violation, or – as the Internal Revenue Service has sought to claim recently, as the number of legal challenges has surged – for each account held by the American taxpayer in question.

This lack of clarity is seen as due in part to the fact that until around the mid-2000s – when a number of widely-publicized reports revealed for the first time how significant numbers of wealthy Americans had been making use of non-U.S. banks, particularly in Switzerland, to avoid their U.S. tax oligations – the U.S. authorities weren't aware of the scale of such avoidance, and therefore hadn't sought to enforce the FBAR legislation as aggressively as they then began to.

"With this opinion, there seems to be a consensus... that [the per year rather than per account basis for determining penalties owed] is likely to continue,"  Jack Townsend, a well-known Charlottesville, Virginia-based tax lawyer, wrote in his federaltaxcrimes.blogspot.com blog, after the judgment was posted.

Even before the United States v. Boyd judgment was announced, the movement in U.S. courts had already been moving in the direction of "making it clear that the penalty in non-willful cases was per annual FBAR, rather than per [unreported overseas] account," Eli Noff, a founder and partner of the Washington, DC-area law firm of
Frost Law, and a close observer of the FBAR legal sector, said last week, before the judgment was announced.

"The courts have essentially pointed out that Congress knew how to make a per-account penalty – as evidenced by the 'willful penalty' language in the code – and if they had intended the non-willful penalty to be on a per-account basis, they would have said so."

According to case records and media reports, in 2010, Jane Boyd was an American citizen, resident in California, who who owned or controlled "multiple financial accounts" in the UK, which, it later emerged, collectively added up to more than $10,000 during that year – obliging her, therefore, to have filed a Foreign Bank Account Report. She also didn't report the interest and dividends from these accounts in her U.S. tax returns.

When she and her tax adviser became aware of the omission, she entered into a (now closed) U.S. scheme known as the Offshore Voluntary Disclosure Program (OVDP),  which had been set up to enable taxpayers like her to voluntarily correct errors in their tax reporting, in exchange for lower penalties.

What Boyd and her adviser hadn't expected, though, according to the documents and media coverage of the case, was how much the IRS would then seek to penalize her for her failure to file the FBARs. She withdrew from the OVDP in 2014, and the matter soon ended up in court, as a "non-willful" FBAR case.

(Those deemed to have "willfully" failed to file FBARs are treated more harshly, under a different penalty regime.)

Based on the fact that she had submitted an FBAR in 2012 "listing her 14 foreign accounts for 2010, and amended that year's tax return to include the interest and dividends from those accounts, the IRS concluded that [she] had committed 13 non-willful violations of the reporting requirements – one for each account she failed to timely report for 2010," the court documents say, in a brief summary.

The government finally sued her, in district court, in 2018, "seeking to obtain a judgment against her" and payment of a US$47,279 penalty plus additional late-payment penalties and interest". In 2019, the government won, leaving her to challenge the ruling, which she did. As noted above, it was this which the San Francisco-based Ninth Circuit Court of Appeals has now reversed.

In his opinion published on Wednesday, Mark J. Bennett, circuit court judge, said the court had concluded "that Section 5321(a)(5)(A) authorizes the IRS to impose only one non-willful penalty when an untimely, but accurate, FBAR is filed, no matter the number of accounts."

Of possible interest, meanwhile, last November, a nationwide, non-profit organization of U.S. tax lawyers known as the American College of Tax Counsel filed a "friend of the court" brief in the matter, in which it strongly urged the appeals court to limit the IRS penalties for failure to file an FBAR on time to just one penalty per annual report, not per account. The names of two lawyers from this group are included in the court documents published on Wednesday.

Implications of court's take on 'rule of lenity'

A. Lavar Taylor, of the Santa Ana, California-based  A. Lavar Taylor LLP law firm, who represented Boyd in her appeal, said in an emailed statement after the verdict that he thought the court's ruling "could be important in future litigation regarding the manner in which willful FBAR penalties are computed," owing to its "holding that the rule of lenity applies to FBAR penalties."

"The court’s opinion, particularly in footnote 8, suggests that, where a taxpayer non-willfully files an FBAR – timely or not -– that has multiple inaccuracies or multiple fields that are not completed, there should be only one penalty of up to $10,000, regardless of the number of fields that are either incorrect or incomplete," Taylor added.

"The single 'violation' in that situation is a violation of the regulation requiring the filing of a complete and accurate FBAR.

Footnote 8 strongly suggests that each incorrect or incomplete field on the FBAR is not a separate 'violation,' in a situation where a penalty is imposed for filing an incomplete or incorrect FBAR. And I think that it was proper for the Court to discuss this point, given the IRS’s insistence that the failure to file a single form can ever constitute more than one violation of the regulations."

"The minimum penalty cap of US$100,000 should apply to the non-compliant accounts in aggregate, not to each account separately, in a single year.

"The rule of lenity supports that result."

FBAR stampede to the bar

As most expat tax experts could tell you, the last few years have seen a virtual stampede of FBAR cases into U.S. district courtrooms, a trend that has also seen regular coverage of such cases in tax journals, with the amounts of money the taxpayers in question are found to owe Uncle Sam typically mentioned in the headline. In May of 2020, for example, a U.S. district court in Florida determined that a taxpayer there owed almost US$13m in penalties.

(This was said to be one of the largest individual assessments ever, although that title is still said to belong to a University of Rochester, New York professor named Dan Horsky, who was hit with a US$100m assessment in 2016, before being sentenced in February 2017 to seven months in federal prison for a tax evasion scheme that was alleged to have involved Swiss bank accounts.)

The seemingly large number of FBAR cases coming to court is in spite of the fact that only around 1.4 million individuals filed FBARS in 2020, according to FinCEN (Financial Crimes Enforcement Network), the Treasury bureau that oversees them.

As mentioned above, the appearance of a "stampede" is partly due to the fact that the U.S. authorities didn't begin to crack down on the use of non-U.S. banks by some wealthy Americans to avoid their U.S. tax oligations until the mid-2000s. And as the Boyd case shows, such cases can, and often do, take years to reach the courts, Noff pointed out.

According to Noff, the first FBAR cases to hit the courts tended to be over the IRS's definition of "willful" failure to file FBARs, and only recently moved to focus more on whether penalties for non-willful FBAR violations should be calculated on a per year basis, or on the basis of the number of accounts found not to have been reported during the year in question. Willful cases continue to make headlines as well, though, he said.

As reported here in 2019, FBAR penalty-watchers are keeping a close eye on a case in California, where the IRS is seeking a record US$119.6m in (willful) FBAR penalties from a couple by the last name of Burga, who, according to media reports, had had some 294 foreign bank accounts in various countries between 2004 and 2009, for which the U.S. authorities say they failed to file the requisite FBARs.